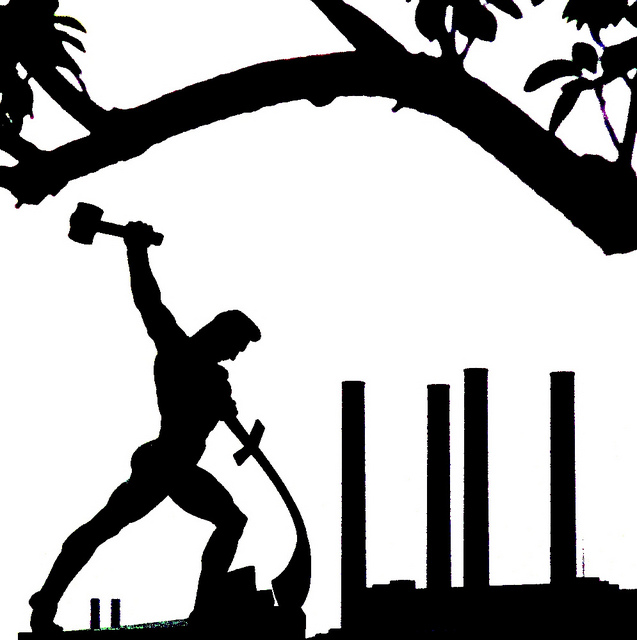 The Nuclear Non-Proliferation Treaty Review Conference Goes Down in Flames

RevCon, the nuclear Non-Proliferation Treaty Review Conference, held once every five years, came to an unsuccessful conclusion as, writes Dan Zak for the Washington Post.

… the United States and several of its allies rejected the conference’s final document, which was supposed to further the implementation of the Treaty on the Non-Proliferation of Nuclear Weapons.

… international delegations squabbled over a long-sought goal of establishing a ban on weapons of mass destruction in the Middle East.

… The United States and Britain refused to accept the establishment of an “arbitrary” deadline to hold a conference on a zone that would be free of weapons of mass destruction in the Middle East, and Canada objected to a process that didn’t include Israel, which has not signed the treaty.

Reagarding Israel, the disarmament group Reaching Critical Will issued a statement which contained this sentence:

It is perhaps ironic, then, that three of these states prevented its adoption in the end, on behalf of a country that is not even party to the Treaty.

Zak continues: “Frustration grew from the moment the conference opened on April 26, when delegates delivered prickly remarks that recalled old grudges.” Iran Foreign Minister Mohammad Javad] Zarif beef sounded pretty legitimate: “We call upon the nuclear-weapon states to immediately cease their plans to further invest in modernizing and extending the life span of their nuclear weapons and related facilities.”

Zak quotes a joint statement by the P5 countries issued early in the conference.

“We continue to believe that an incremental, step-by-step approach is the only practical option for making progress towards nuclear disarmament, while upholding global strategic security and stability.”

In fact, states in possession of nuclear weapons are pretty attached to them. This paragraph by Zak makes clear to what extent (and it doesn’t even include the nuclear-weapon states that haven’t signed the NPT: India, Pakistan, Israel, and North Korea).

The United States has embarked on an overhaul of its nuclear arsenal and infrastructure, a commitment that may cost $1 trillion over the next 30 years, according to the James Martin Center for Nonproliferation Studies. China’s new generation of mobile missiles are outfitted with multiple warheads and penetration aids, the Pentagon reported to Congress in April. Between March 2014 and March 2015, both Russia and the United States slightly increased their numbers of deployed warheads, and both countries are working on new long-range strike bombers. France is developing a new cruise missile and Britain will decide in the near future whether to replace its fleet of nuclear-armed submarines.

Reaching Critical Will believes that the “Review Conference has demonstrated beyond any doubt that continuing to rely on the nuclear-armed states or their nuclear-dependent allies for leadership or action is futile.” It continues: “As a large, cross-regional group of 47 states argued in a statement delivered by Austria,” the proceedings of the conference and the final document came up “dramatically short of making credible progress on filling the legal gap.”

107 states— the majority of the world’s countries (and of NPT states parties)—have highlighted this legal gap and have committed to fill it, by endorsing the Humanitarian Pledge issued by Austria. These states have collectively demonstrated their empowerment by demanding that their security concerns be considered equal to those of the nuclear-armed states.

Now these states—and those that endorse the pledge after this Conference—must now use the pledge as the basis for a new process to develop a legally-binding instrument prohibiting nuclear weapons.