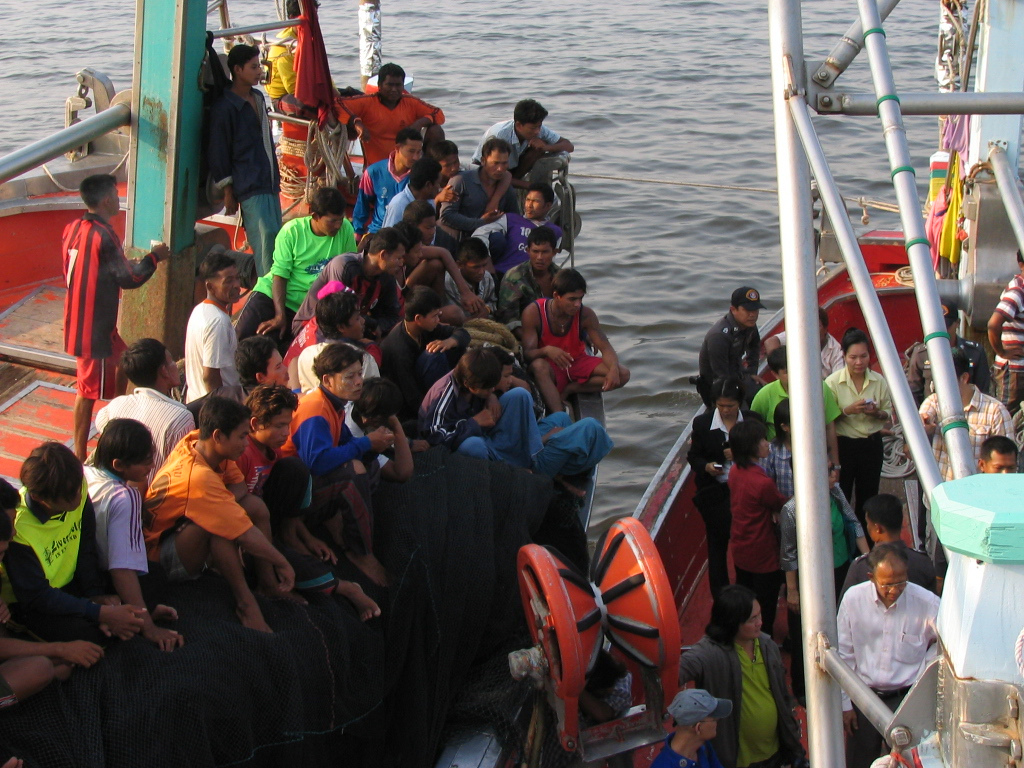 This spring, investigators discovered mass graves of human trafficking victims in Malaysia. How did the U.S. State Department respond? By upgrading its assessment of Malaysia’s human rights efforts. According to Reuters, trafficking experts in the department had given the country a poor rating, but political appointees overruled them.

There’s only one reason why the State Department would change Malaysia’s status: to ease the country’s inclusion in the Trans Pacific Partnership, or TPP — a massive 12-country trade and investment pact currently being negotiated by the Obama administration.

Congress recently granted President Obama fast-track powers to complete negotiations on the TPP without opening it up to scrutiny by Congress or the public. But Congress did one thing right: It included trade restrictions on dealing with countries that have the worst records in combating human trafficking. Malaysia happens to be one of them.

Rather, Malaysia was one of those countries, until late July.

Just last December, the U.S. Department of Labor cited Malaysia’s palm oil industry — which supplies about 40 percent of the world’s total exports of the substance — as a sector marked by forced labor practices. Also last year, the State Department’s annual Trafficking in Persons Report placed Malaysia at the lowest rank for its flagging efforts to stop human trafficking.

The human rights atrocities carried out by the Malaysian palm oil industry don’t appear to be on the wane. But with the TPP negotiations hanging in the balance, and Malaysia’s rapidly growing economy a key player, these rankings simply couldn’t stand in the way of the Obama administration’s plans. And with the TPP, things will only get worse.

Environmental and human rights advocates know that the TPP, like too many trade deals before it, is a bill of rights for corporations that will dramatically lower such “barriers to trade” as environmental safeguards, workers’ rights to collective bargaining, and the public’s right to know. The State Department’s wholly unjustified and unexplained change in Malaysia’s official human rights status is just the latest example of the political machinations at work behind the scenes of the TPP — political machinations that cost human lives.

The same week that the State Department let Malaysia off the hook, the Wall Street Journal reported on human trafficking on a Malaysian palm oil plantation owned by Felda Global Ventures — a supplier to Cargill, the U.S.-owned agricultural trader, and other U.S. importers.

The report tells the story of one Bangladeshi worker who paid about $2,000 to be taken to Malaysia with 200 others on a 40-foot wooden fishing boat. To his shock, the boat was run by armed men who rationed food and water amidst overpowering heat and stench. Dozens died, and their bodies were sliced open and tossed into the sea. This was just the beginning of a nightmare journey that ended — for the lucky ones — with years of forced labor harvesting palm oil fruit for the growing global market.

Another Malaysian palm oil company, KLK, earned an expose in Bloomberg in 2013 for its own abusive practices, which were no less gruesome.

Reports like these have given rise to numerous efforts to clean house. Yet the industry-dominated Roundtable on Sustainable Palm Oil, founded in 2006, has failed to root out the sector’s problems. Both Felda and Cargill are members, and the group’s secretary-general said he was unaware of any abuses faced by Felda’s workers. More recently, many companies, including Cargill, have made voluntary commitments to trade in only responsible palm oil. The Wall Street Journal expose shows about how much those voluntary pledges are worth.

Increasing scrutiny from international bodies, governments, and environmental groups like Friends of the Earth is essential to getting these commitments implemented in practice. But with the Obama administration rolling back the few mandatory protections that do exist — indeed, sending a strong signal that it will turn a blind eye to serial human rights violations — our efforts are being undermined.

If President Obama is willing to overlook the brutal fate of Asian workers tossed into the sea, beaten lifeless, or worked to death on Malaysian palm oil plantations, how can we believe him when he says the TPP will have strong safeguards for people and the environment?

The TPP is simply not worth the human cost.

Jeff Conant is the Senior International Forests Campaigner with Friends of the Earth.