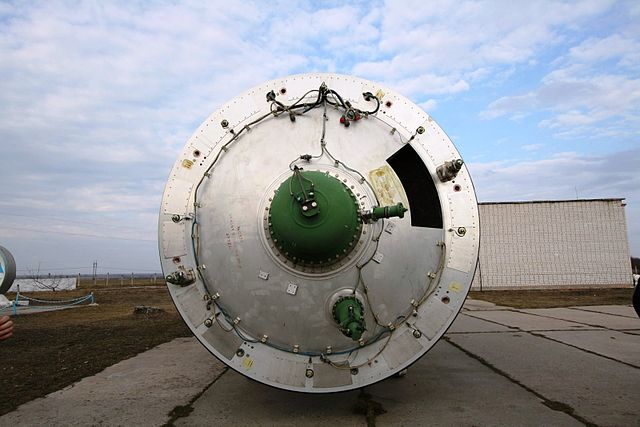 Nuclear powers might ignore a law declaring nuclear weapons illegal, but the citizens of those states might sit up and take notice. (Photo: Wikimedia Commons )

The Only Solution to Nuclear Weapons Remains World Government

Some of the proposals to control nuclear weapons when they were first developed, but that never saw the light of day, still make eminent sense. Though, admittedly, they are even more light years from implementation now than they were then. One, as presented via the Acheson-Lilienthal Report and the Baruch Plan, was placing all the nuclear weapons in the world under the UN Security Council.

You can understand the resistance: “Can we get 100 of our warheads out of cold storage? The Soviet Union has been a little more bellicose than usual this month.” Another was the concept of world government, which actually gained a couple of feet of traction post-Hiroshima.

For the 70th anniversary issue of the Bulletin of the Atomic Scientists, Eric Schlosser (author of Command and Control: Nuclear Weapons, the Damascus Accident, and the Illusion of Safety) provides an overall view of nuclear weapons today from, reads the introduction to the article, “worldwide nuclear weapons modernization programs and heightened nuclear rhetoric to burgeoning stockpiles of fissile material and shortsighted changes in nuclear doctrine.” A useful survey, it ends:

Although the widespread fear of nuclear weapons has largely vanished, the danger is far greater now than when those words were written. And the choice between one world or none is even more urgent. Like the spread of a powerful idea, the fallout from nuclear detonations will not respect national borders.

Did you see what Schlosser did there? The money quote: “And the choice between one world or none is even more urgent.” He’s raising the specter of world government, which ranks, along with population control (voluntary, if course), as leading candidates for the most critical, but also most politically incorrect third rails of ideas extant. Good for him.

Obviously many of our intractable problems, like poverty and the depredations a tyrannical regime, such as Syria’s, inflicts on its own people, could be addressed much more directly than in a world where the sovereignty of states is non-negotiably sacrosanct. One day, though, no doubt after an unspeakable tragedy like nuclear war or a mass ocean die-off, we will look back at this time — when there are 195 recognized nations in the world and others unrecognized, such as the Islamic State — and view it the way we now look back at city-states: as a chaotic, conflict-inciting mess.