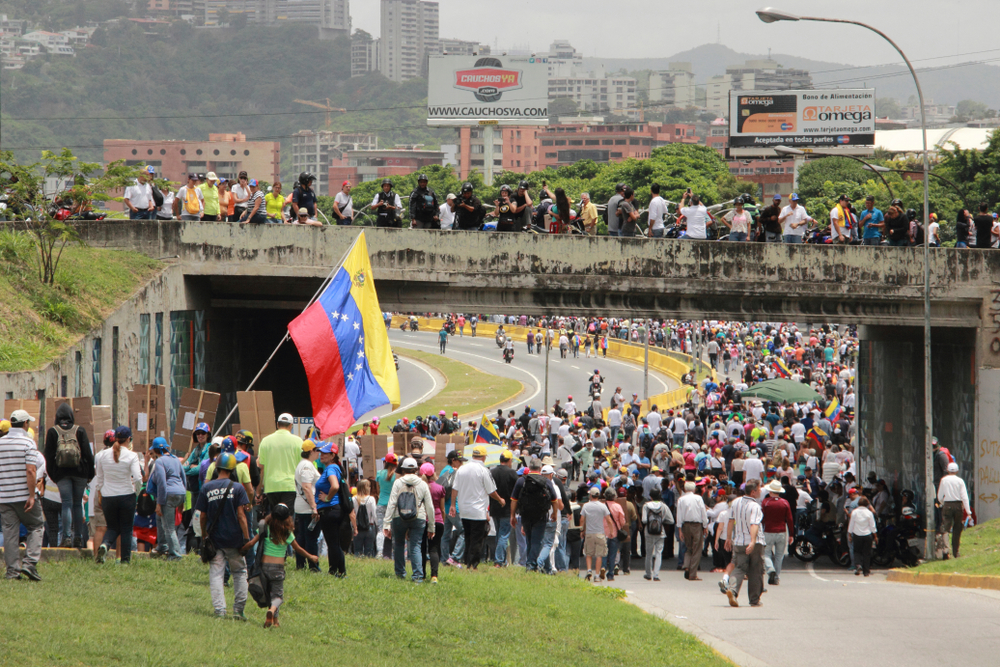 Amid crises in Venezuela, migration, and the climate, the Western Hemisphere's chief regional organization has been hobbled by pro-Trump leadership.
By Laura Carlsen | January 23, 2019

With a Venezuelan opposition leader declaring himself the country’s president and the Trump administration appearing to back a coup, Venezuela is lurching toward a new phase of crisis. And that crisis could be worsened by hardline leadership at the Organization of American States (OAS), the world’s oldest and most influential regional organization.

Luis Almagro, the OAS Secretary General, recently announced his bid for another 5-year term at the helm of the organization. That would be a major setback for good governance in the region.

Throughout his tenure, Almagro has acted against many of the basic principles and mandates of the organization and consistently represented U.S. interests above those of its neighbors, generally supporting allies and punishing adversaries of the U.S. government. In particular, he’s actively sought regime change in Venezuela.

Almagro’s often unsubstantiated claims against Venezuela and Cuba echo the rhetoric of dangerous terrorists like Luis Posada Carriles. His open interventions in countries’ internal politics have completely reversed diplomatic advances in resolving controversies, divided the continent, and led his own Uruguayan political party to expel him and advocate for removing him from the leadership of the OAS.

Moreover, as Almagro has set himself up as arbiter in the internal affairs of leftist-governed nations (while turning a blind eye to blatant disregard for law in right-wing regimes), his own leadership faces serious corruption charges related to management of funds for the beleaguered anti-corruption mission in Honduras.

In an unusual move, Almagro appointed himself the head in absentia of the Mission to Support the Fight against Corruption and Impunity in Honduras (MACCIH), maintaining control of the mission and finances in Washington. The MACCIH was founded in 2015 as a result of citizen pressure and placed under the auspices of the OAS.

The lead representative of the MACCIH, former Peruvian prime minister Juan Jimenez Mayor, resigned in frustration in February 2018, citing lack of support from Almagro, withdrawal of security measures for his team, and a “pact of impunity” between Almagro and JOH.

Jiménez also publicly accused Almagro of hiring persons close to him at hefty salaries despite the fact that the commission in Honduras doesn’t know what it is they do. With signs of corruption within the OAS anti-corruption mission, MACCIH lawyers requested an audit by the OEA Inspector General. Although member countries seconded the request, no audit was carried out.

Tensions between Almagro and the anti-corruption commission had been building for months. The MACCIH had recently taken on some major investigations in the midst of a political crisis in the country. Since the 2009 coup d’etat, Honduras has lurched from one crisis to the next. The nation has suffered a series of corruption scandals under the post-coup regimes, rule of law has deteriorated, and state and criminal violence have soared, often hand in hand.

In November 2017, Honduran President Juan Orlando Hernandez was re-elected in a vote viewed as illegitimate by the majority of the population and many experts. Although the OAS declared the elections essentially too dirty to call, the Honduran opposition criticized the OAS for tacitly supporting the U.S. embassy in propping up Hernandez (JOH), as massive protests called for him to step down and government forces killed at least 16 protestors.

In early 2018, with continuing post-electoral conflict, the MACCIH uncovered a corruption scheme involving members of the Honduran congress. The case alleges that legislators syphoned off hundreds of thousands of dollars in public money (in a country where 25 percent of the population lives on $5.50 a day or less). The MACCIH has filed several similar cases against government corruption since then, the latest on December 11. As the mission attacked corruption, it began to receive threats and encounter what one member, the Peruvian prosecutor Julio Arbizu, called “serious obstacles” to its work directly from Almagro.

A June 2018 evaluation of the MACCIH by experts at American University concurs that much of the blame for the obstacles and failures of the MACCIH can be directly attributed to Almagro. The study concludes: “The political course of the MACCIH has revealed an OAS weakened and divided, directed by an impulsive and inconsistent Secretary General.” The report quotes a member of the anti-corruption commission saying that Almagro “spent more time spying on our colleagues to report to Washington what Jimenez Mayor was up to than working on what we were supposed to be doing.”

Almagro’s decisions to abandon the Honduran political crisis and back off on prosecuting corruption and state crimes, undermining his own mission, has contributed to the exodus of thousands of Hondurans seeking refuge in the United States. Since the audit of his office requested by MACCIH members and donor countries was blocked, allegations against Almagro of misuse of funds have not been cleared up.

Almagro’s support for the Honduran leader deemed a dictator by his own people contrasts sharply with his extremely aggressive campaign against Venezuela.

In a shocking break with his diplomatic mandate, last September Almagro threatened military intervention to overthrow the Maduro government. This position violates the OAS Charter and the reason for being of the organization, articulated in Article 21: “The territory of a State is inviolable; it may not be the object, even temporarily, of military occupation or of other measures of force taken by another State, directly or indirectly, on any grounds whatever.” Article 3 mandates “respect for the personality, sovereignty, and independence of States.” More broadly, Almagro’s hawkishness flies in the face of numerous organizational commitments to resolve conflicts through diplomacy and peaceful means.

Almagro’s statement, although not unexpected, provoked an avalanche of criticism from diplomats. His own party, the Broad Front of Uruguay, voted unanimously to expel him, and the Uruguayan government announced it will oppose his re-election. Subsequently, his instant recognition of National Assembly leader Juan Guaidó as “president-in-charge” of Venezuela, a coup also backed by Donald Trump, throws gas on a crisis that could easily erupt in violence just as diplomatic channels were being opened.

The promotion of intervention in alliance with the Trump administration has carefully driven a wedge between nations and forces in the hemisphere. Almagro’s attempts at regime change in Venezuela were consistently seconded by the Mexican and Colombian governments, but the new Mexican government of Andrés Manuel Lopez Obrador wisely decided against continuing to play the role of Almagro-Trump lackey in the OAS and abstained from a declaration by the majority of the Lima Group not to recognize Maduro’s re-election. Although Almagro has found a new ally in the neofascist Brazilian government of Jair Bolsonaro, that alliance will only make the politicized nature of his strategy more painfully obvious.

The OAS chief’s obsession with Venezuela has eroded his leadership and distracted the organization from confronting shared threats to the region. His cozy relationship to the Trump administration has meant downplaying the need to promote joint measures to slow climate change. Nor has the organization under Almagro’s rule taken a strong stance in defense of migrant rights despite thousands of deaths and human rights violations.

With the U.S. withdrawing from international accords on climate change, migration, and other shared interests — and Brazil following suit — there’s a growing governance gap on the most pressing issues facing the hemisphere. The OAS must step up to fill that gap, with creative solutions for working together before inequality and indifference send the planet into a tailspin.

Almagro has been far more interested in anti-democratic regime change than in facing these critical challenges. The region has an opportunity to restore regional cooperation on shared priorities. But that will require a change in leadership.