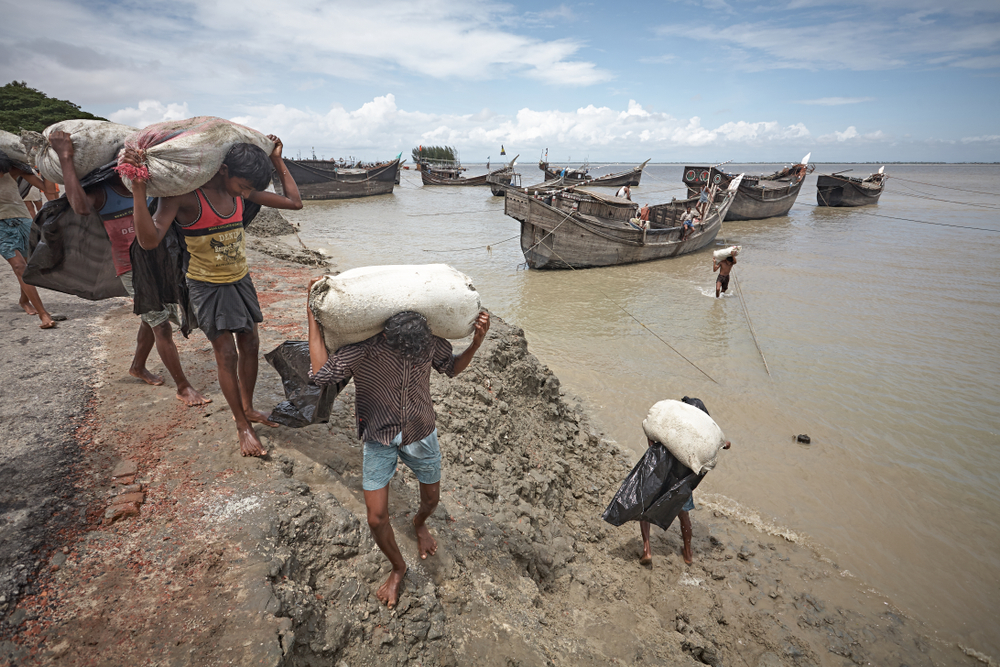 The Pitfalls of a ‘National Security’ Approach to Climate

As we saw in Texas, climate change is a major security risk. But it's not the kind the military is well equipped to handle.
By Lorah Steichen | March 3, 2021

A deadly cold snap left millions of Texans without water, heat, or power for days on end.

Like any disaster, the storm devastated along lines of existing inequalities. While ordinary Texans reeled from the fallout, Sen. Ted Cruz was boarding a plane to Mexico. Other leading Republicans left the state as well.

It’s a preview of things to come as climate change makes extreme weather events like these more likely. And unfortunately, instead of taking responsibility, leaders in the deregulated, fossil fuel-heavy state leaned into the climate denial that produced the crisis.

On one hand, federal climate policy appears to offer a refreshing contrast. The U.S. has now officially rejoined the Paris Climate Agreement, a cornerstone of President Biden’s pledge to put climate “at the center of United States foreign policy and national security.”

On the other, Biden’s “national security” approach to the crisis could end up exporting some of the same inequities we’re seeing in Texas.

Biden has ordered a National Intelligence Assessment on “the security implications of climate change” and called on the secretary of defense to incorporate climate into military planning.

Biden’s idea isn’t new — the military has integrated climate into its planning for nearly two decades. But this planning has little to say about how to mitigate climate change itself. Instead, it reveals an obsession with controlling migration and bolstering the carbon-intensive U.S. military presence abroad.

In short, our “national security response” to climate change has meant accelerating our emissions and punishing those most impacted by them — sometimes in shocking language.

A 2003 Pentagon-commissioned report, for example, predicted “potentially dire consequences” from climate change and advised the United States to build “defensive fortresses” to keep climate refugees out. “Borders will be strengthened,” it predicted, “to hold back unwanted starving immigrants” from Latin America and the Caribbean.

Looking further abroad, both the Department of Homeland Security and the Pentagon warn climate change is an “accelerant of instability.” That’s true. Syria’s devastating civil war, for instance, came about amid the country’s worst drought in a millennium. But instead of mitigating these conditions, military planners appear to be looking for opportunities.

In the rapidly warming Arctic, for example, the U.S. military is ramping up military exercises as melting sea ice opens up new frontiers for resource extraction. Other military planning directs the military to “proactively prepare” new interventions in climate-vulnerable countries like Bangladesh.

Other planning focuses on retooling military bases to withstand rising sea levels and extreme weather. But maintaining these very bases — at least 800 in 70 countries — is itself an enormous contributor to climate change. With its global footprint, the Pentagon’s emissions exceed what some entire industrialized nations produce in a year.

This is a recipe for more instability, not less. Real climate security demands a completely different set of responses.

Instead of pouring more money into keeping out “unwanted starving immigrants” or arming up for resource conflicts, wealthy nations like the United States must invest in new forms of global cooperation, resource sharing, and solidarity.

That includes humanely resettling the 250 million people the UN estimates may be displaced by climate change in the coming decades. It means engaging in good-faith climate diplomacy to bring down emissions globally. And it means sharing resources to support climate mitigation and adaptation around the globe.

No country can wall itself off from climate change. Doubling down on a failed playbook will only worsen the uneven impact of the crisis — which Texans recently learned as they froze at home while their wealthy politicians fled the state.

The only good “national security” approach to climate change is to make the planet itself safer — for everyone who lives on it.

Lorah Steichen is the outreach coordinator for the National Priorities Project at the Institute for Policy Studies.