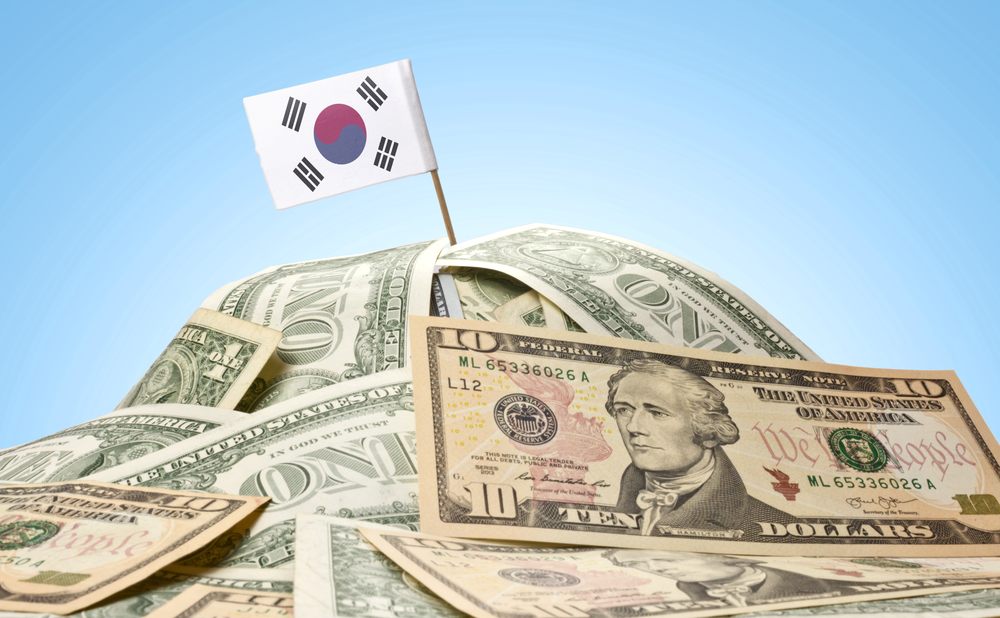 Seoul and Washington should be working together to bring China on board for the kind of economic transformation that the planet so desperately needs.
By John Feffer | June 7, 2021

When the leaders of South Korea and the United States met last month, Moon Jae-in was only the second foreign leader to visit the White House during the Biden administration. It was a signal of how important Asia is to the new president, as he tries to extricate the United States from various messes in the Middle East.

The summit featured the obligatory affirmation of the bilateral military alliance and the joint determination to denuclearize North Korea.

But the real motivation behind the summit was economic. As they rebound from last year’s COVID-19 downturn, the United States and South Korea are increasingly relying on each other to stabilize supply chains and grow their respective economies.

After the disastrously inept policies of the Trump administration – the initial row over trade, the blackmailing of Korea over host nation support, the mixed signals on North Korea policy – the smoother relationship between Joe Biden and Moon Jae-in is certainly welcome. But there are several downsides to this closer coordination, particularly on the economic front.

At the summit, the two leaders made much of the decision of the top chaebols – Hyundai, Samsung, LG, and SK – to invest $25 billion into U.S. facilities for manufacturing computer chips, electric vehicle batteries, and similar cutting-edge technologies. In return, the United States has pledged to help South Korea ramp up its vaccination campaign against COVID-19. The two countries have also promised to strengthen their partnership on R&D in such fields as IT and AI.

For his part, Biden is banking on a swift economic recovery to drive a nail through Trump’s political reputation. Total economic output has nearly returned to its pre-pandemic level, and the U.S. economy is on track to grow by as much as 7.5 percent in 2021. The United States hasn’t seen this kind of growth since the 1950s. With COVID-19 infection levels dropping precipitously, businesses are reopening, and consumers are beginning to spend.

South Korea, too, is enjoying a substantial economic rebound. The country has already regained its pre-pandemic economic output, and economists are predicting growth this year at around 3.4 percent, the best showing in a decade. Much of that growth depends on other countries, especially the United States, buying South Korean products. Indeed, South Korean exports have increased so much, a 45.6 percent increase over last year, that they’ve reached a 32-year high.

In 2020, because of the global economic downturn, carbon emissions dropped by 6.4 percent, with a 10 percent drop in the United States alone.

In 2021, despite all the new commitments from countries to go carbon-neutral by 2050 or even earlier, carbon emissions have rebounded sharply. In fact, other than the spike following the global financial crisis of 2008-9, this year will see the largest annual rise in emissions in history.

For all the talk of clean energy in the United States, post-pandemic economic growth will still depend far too much on dirty sources like coal. Production of coal is estimated to rise by nearly 8 percent this year, and will make up 22.6 percent of the power share (after falling below 20 percent for the first time in 2020). Coal exports, meanwhile, are expected to rise by 13. 6 percent.

South Korea, too, remains heavily dependent on coal, though the Moon government has pledged to reduce that dependency. Seoul has made some impressive pledges in terms of reducing carbon emissions. But it has continued to export coal-powered plants, for instance to Indonesia and Vietnam, and still has a few domestic facilities set to go on line in the next couple years.

Although these plants will probably represent the end of South Korea’s coal industry, the country’s exports still rely on fossil fuels. The big boost in exports in 2021, for instance, has been fueled, quite literally, by a rise in auto exports of nearly 53 percent from last year. Electric vehicles and hybrids represent less than 20 percent of the total.

Another problematic aspect of the U.S.-South Korean cooperation is its implied rationale. Both countries are eager to wean themselves of too heavy a dependency on the Chinese economy. China is South Korea’s largest trade partner as well as the largest U.S. economic partner (in terms of total trade; the United States exports more to Canada and Mexico than it does to China).

The United States, under Trump, actively worked to decouple the economy from China. The Biden administration is continuing this process, if only indirectly by diversifying the sourcing of strategic components (like semiconductors) and boosting their domestic production.

South Korea has no intention of decoupling from China. But many South Korean exports to China become components in goods then sent to the United States. Tensions in U.S.-China relations inevitably have a negative effect on the South Korean economy.

Seoul, meanwhile, is also embarking on targeted investments in critical components of the global supply chain as the government joins with corporations in a plan to invest over $450 billion over 10 years in making South Korea a world leader in the semiconductor industry. By comparison, the Biden administration has proposed only $50 billion in targeted investments into the U.S. semiconductor industry.

In sum, economic cooperation between the United States and South Korea amounts to business as usual. The two countries are not truly committed to greening the global economy because their manufacturing and exports still depend on dirty energy. And because they are both bracing for some disruption in relations with China, they are not working together in ways that can bring China on board for the kind of economic transformation that the planet so desperately needs.

Yes, Seoul and Washington are failing to come up with bold new initiatives toward North Korea. They aren’t thinking creatively about Japan or military bases. But the real failure of imagination is in the economic realm.