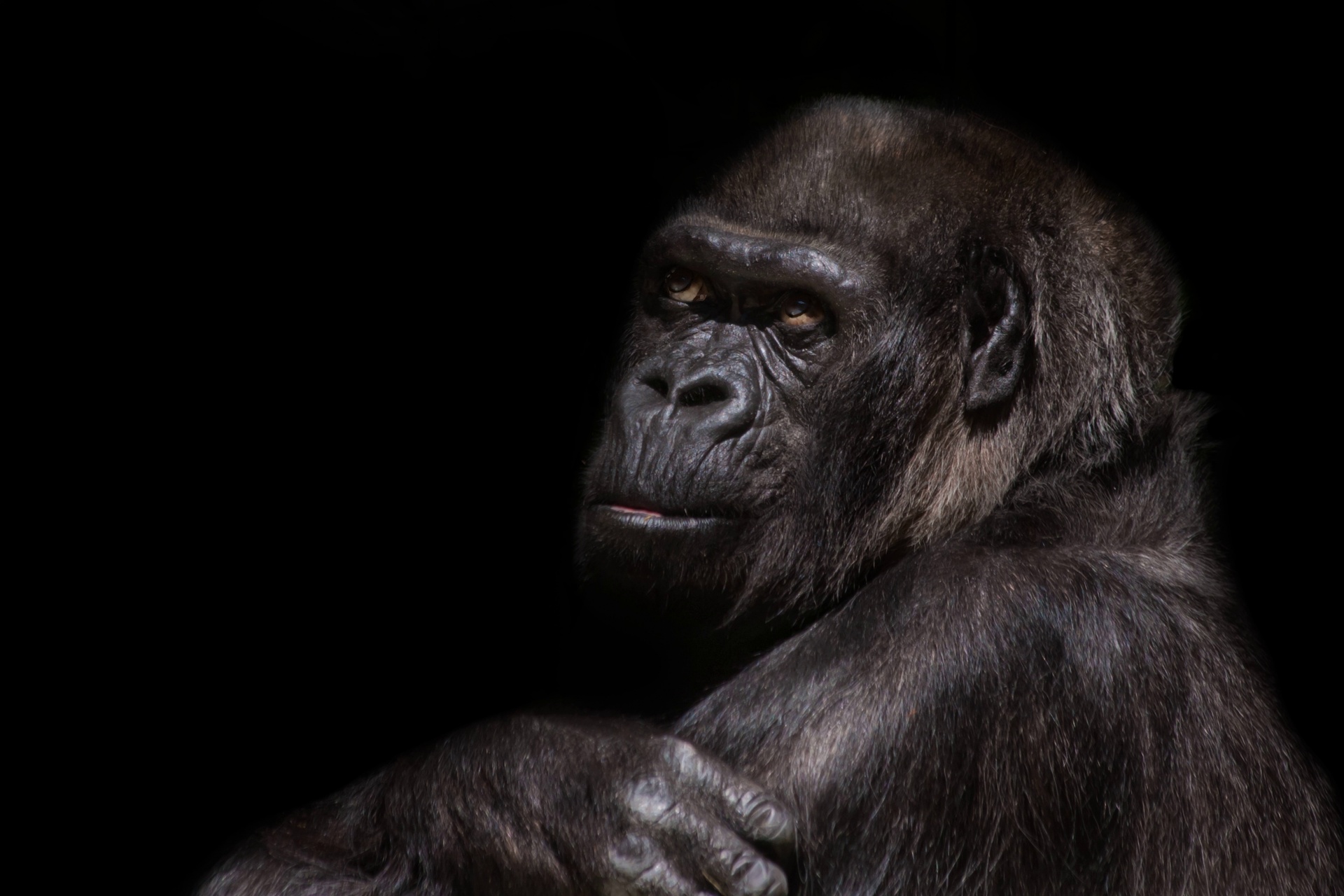 Donald Trump wants to be king of the geopolitical jungle.
By Mira Oklobdzija | November 19, 2019

Self-restraint is one of the most important litmus tests for distinguishing between humans and other social animals. Major human leaders, both past and present, often fall short in this regard. Instead, particularly as they mobilize their countries for war, these leaders compete for the distinction of being the alpha male.

The books of primatologist Frans de Waal help to explain this phenomenon. In studies of social animals, the highest-ranking individual is often designated as the alpha. Applied to humans, this designation is colloquially applied to dominant (mentally or physically) males at the top of the social status hierarchy who have greater access to power, money, and mates, which they gain through physical prowess, intimidation, and domination. An alpha is typically described as a “real man.” Also, he is seen as a man’s man, a warrior, a stand-up guy, a leader, the guy others look to for motivation and inspiration, often with a hint of jealousy. Mostly, the alpha is socially aggressive, the one to whom betas and those even lower down the pecking order play a submissive role. Such loud, pushy, and aggressively ego-fueled guys always try to get their own way.

The upper echelons of politics and society are the natural habitat for human alphas. Some of them are nice, decent people. Others are tyrants, dictators, and terrorists, and they are the most dangerous ones: Stalin, Hitler, Saddam Hussein of Iraq, Augusto Pinochet of Chile, Idi Amin Dada of Uganda, Robert Mugabe of Zimbabwe, Charles Taylor of Liberia, François Duvalier of Haiti, Slobodan Milošević of Serbia.

In 2019, foreign policy has still not departed much from the laws of the jungle, though the high-level political players of our times wear suits. They also use modern technology – cameras, Twitter – which makes them even more dangerous than ever at the global level. The rules of the geopolitical game are more complex than before, but the basics are embarrassingly the same. Some of these rules, besides “survival of the fittest,” are “eat or be eaten,” “anything goes,” and “dog eat dog.”

The most powerful of these contemporary front men have one thing in common that unites them more than any political doctrine. They are xenophobes doing their best to cleanse their countries of all that is foreign no matter the cost to democracy and human rights. Russian President Vladimir Putin and Hungarian Prime Minister Viktor Orban share a common disdain for Western liberal values, including a more inclusive immigration policy, and “have maintained and enhanced their special relationship over the years, even as the EU implemented sanctions against Moscow over Russia’s annexation of Crimea.” Right-wing populists across Europe praise Orban for his appalling immigration policy and admire Boris Johnson for his firm stand against the EU.

Turkish strongman Recep Tayyip Erdogan made headlines recently when he promised that his country would “crush the heads” of Kurdish militants if they did not withdraw in time from a planned “safe zone” in northern Syria. Only a month ago, Erdogan also warned that Turkey will open its borders and send 3.6 million refugees to Europe as a warning to European countries not to criticize Turkey’s military action in northern Syria. Boris Johnson also assured Europe that he will, in cooperation with French President Emmanuel Macron, turn such new arrivals, whom he calls “illegals,” back from British shores. Annette Elder, a member of the Law Society’s immigration committee, told the PA news agency: “Clearly it’s not possible to say that everyone who crosses the Channel in small boats from France is going to be sent back. The UK is bound by legal obligations. This is another example of the way asylum seekers are criminalised. It misrepresents the situation. Everyone has a right to seek asylum.”

Across the ocean, the much-criticized but nevertheless legally elected President Donald Trump gave a speech to the world concerning the killing of Abu Bakr al-Baghdadi, another alpha male from a different jungle. Using his unpardonable facial expressions, alpha postures, and vulgar choice of words, Trump exploited it all: his dominant position, cameras, adrenaline, arrogance, and an unrestrained enjoyment of his own (lack of) eloquence. Trump’s description of the event is controversial, and many details remain in question from a moral, aesthetic, or purely factual point of view. His interpretation of the last moments of al-Baghdadi’s life was repeated so many times that Trump’s intention of sending a roaring message to his enemies was all too transparent: “I am the only real alpha, I won. He was not a hero but a coward who died like a dog.” In fact, Trump is not an officer and a gentleman, but rather a bully and a boor, even in victory. Still, he manages to hold onto the power. At least for the moment.

Trump’s counterparts in other countries are not at all shocked by his performance. They are too afraid or too embarrassed or too diplomatic to be critical. There have been some dry congratulations and gentle warnings of times to come. Are these counterparts just being tolerant? Maybe they’re accepting a pattern of behavior all too similar to their own. Tolerance is a nice quality but it doesn’t require accepting the intolerable.

A clear indicator of alpha-male status is the reaction of others in the forest who observe his decisive thumping of his chest. These observers disperse, keep their distance, and remain silent. But just as in the movie of the same name, the silence of the lambs presages bad things to come. The politicians seem not to think so. They think that they are masters of the game, calling it “foreign policy” or diplomacy or whatever. It is hardly surprising that no official government sources criticized Trump’s aforementioned speech, his modus operandi, or his use of rhetoric. The other unrestrained boasters on the world stage, at least those who lead powerful industrialized countries, are similarly “protected.”

Given how difficult it is to distinguish between the language and style of elected leaders and the “evil dogs” that they oppose, how can anybody other than science-fiction writers envisage an optimistic future? Here’s an equally pertinent question: what do the terms “terrorist,” “tyrant,” and “dictator,” which elected leaders excessively use, really signify? Perhaps geopolitics is nothing more than a jockeying for position among these alpha dogs with the indirect consent of the silent lambs.