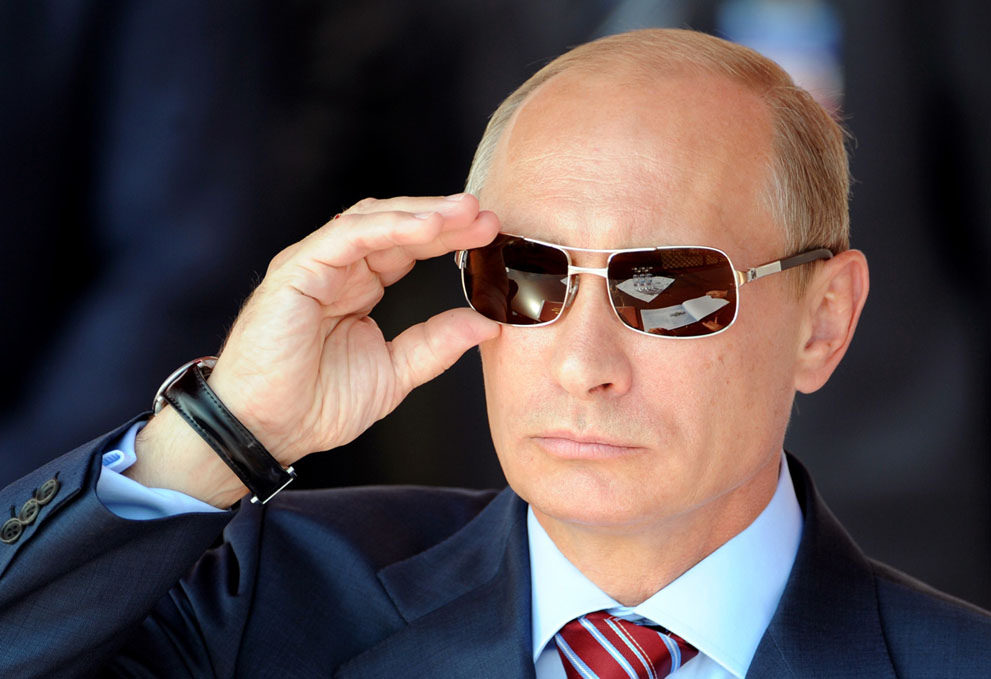 [I wrote this article about Russian efforts to cultivate Donald Trump as an asset last week for a Korean newspaper where it was published on Sunday. Little did I know that news would break this week of allegations that Russia has a file of damaging information it can use to blackmail President-elect Trump. In that file is information about Trump’s dalliance with prostitutes in a Moscow hotel. The allegations come from a former British intelligence officer, and the Trump camp denies them. The information was “widely known among journalists and politicians in Washington,” according to The New York Times, but aside from a piece in Mother Jones, it remained under wraps.]

In the world of espionage, the “honeypot” is trap in which someone seduces an unsuspecting diplomat or embassy employee. Then the seducer – a “swallow” (woman) or a “raven” (man) – blackmails the dupe. During the Cold War, the Soviet Union developed a certain expertise in using honeypots to extract information from CIA operatives, FBI agents, and ambassadors.

Russia is in the news at the moment for a more high-tech spying operation – its alleged hacking of Democratic Party e-mail accounts. The Obama administration claims that it has proof of Russian fingerprints on this operation and thus its influence on the November presidential elections. The White House has imposed a set of additional sanctions against Russia and also expelled 35 Russian diplomatic personnel.

These charges are serious and should be investigated. But they are a distraction. The real operation Russia is conducting in the United States is an old-fashioned honeypot trap. But it’s not a conventional version of the scheme in which an attractive woman makes eyes at a lonely intelligence officer.

Rather, the “raven” in this case is Vladimir Putin. And the dupe is Donald Trump. By romancing the Republican candidate, the Russian president has gotten much more than mere information. He is acquiring the most influential ally imaginable. And he doesn’t even have to wait until the inauguration. When the Obama administration announced its retaliatory moves, Putin declined to escalate. Trump, rather than standing behind his president, praised Putin and promised to “move on.”

Let me be clear. I don’t think Russia directly tampered with the vote in November. Nor do I think that the revelations connected to the alleged Russian hacking made the difference in the election. Trump won for other reasons; Clinton lost for other reasons too. I’m not even sure that Putin wanted Trump elected. The Russian president probably just wanted to sow some confusion and discord in the U.S. political system.

Nor do I want to see a new Cold War develop between the United States and Russia. I’m not a fan of Vladimir Putin or current Russian policies in Ukraine or Syria. But Moscow and Washington can certainly identify common interests such as reducing nuclear weapons, preserving the landmark agreement with Iran, and negotiating some new agreement with North Korea.

But the honeypot that Russia has used to trap Trump will have much more serious ramifications than a few email accounts hacked or disinformation spread around the Internet.

First of all, Putin will get some immediate foreign policy benefits. The Trump administration is likely to lift all economic sanctions against Russia, which will provide a nice bump up for the Russian economy. The United States will accept the Kremlin’s seizure of Crimea and roll back its complaints over Russian meddling in Ukraine. Trump has already expressed reservations about NATO, so his administration will not likely welcome new members around Russia’s perimeter. And the new administration will cooperate with Russia in attacking the Islamic State and pull away from backing rebels who want to oust Bashar al-Assad in Syria.

All of that is worth a great deal more than the name of a few spies or a cache of secret Pentagon documents.

But Vladimir Putin has even grander plans, and Donald Trump could play a role in those as well.

In a 2013 speech, Vladimir Putin chastised the Euro-Atlantic countries for “rejecting their roots, including the Christian values that constitute the basis of Western civilization. They are denying moral principles and all traditional identities: national, cultural, religious and even sexual. They are implementing policies that equate large families with same-sex partnerships, belief in God with the belief in Satan.” He went on to excoriate “political correctness” and “unlawful migration.” He added, “One must respect every minority’s right to be different, but the rights of the majority must not be put into question.”

Here are all the themes of Donald Trump’s presidential campaign two years before Trump even launched it. More importantly, these themes can found in the campaigns of most far-right-wing political parties in Europe. It’s no surprise that Marine Le Pen of France’s National Front, Nigel Farage of the UK Independence Party, and Prime Minister Viktor Orban of Hungary are all part of Putin’s widening circle of admirers.

Putin aspires to create a new global alliance founded on conservative values, religious principles, and autocratic leanings. The Russian leader is comfortable working with outright racists, xenophobes, and Islamophobes. He aims to unravel the European Union and has provided support to European movements that share that goal. He has nothing but contempt for civil society unless it slavishly follows his political line. He no longer appears to believe that global warming is a hoax, but he still presides over an economy dependent on fossil fuels that does some of the greatest damage to the environment.

The greatest threat over the next couple years is not that the Trump administration will simply step back and allow Russia free rein in the world. Russia, after all, has rather limited global influence beyond its ties with right-wing extremists and a few morally bankrupt autocracies. Rather, the real threat is that Donald Trump will help Putin create a noxious alliance that gives an international platform for all the most deplorable actors, from white supremacists to crusading Islamophobes.

The media makes a mistake by calling the relationship between Putin and Trump a “bromance.” That somehow implies mutual fondness. Putin doesn’t care about romance any more than the “ravens” and “swallows” of the Cold War era. The Russian president has laid a trap for Donald Trump. And it looks as though Trump will drag America into the honeypot with him.

John Feffer is the director of Foreign Policy In Focus and the author of the new novel Splinterlands.