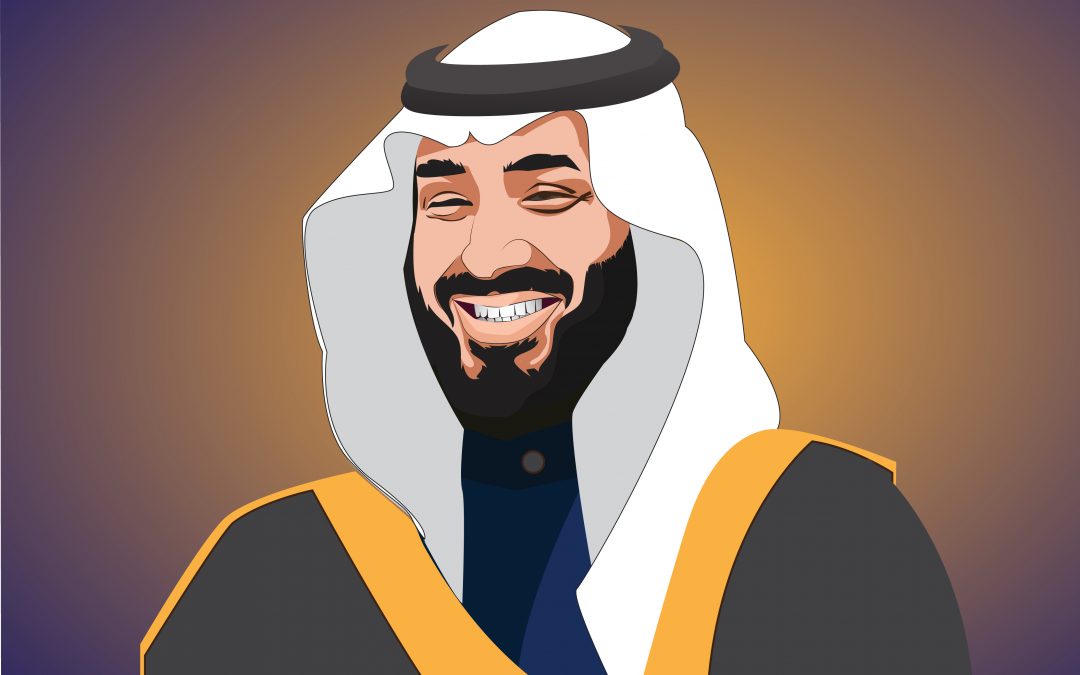 The Saudi prince, like the Patricia Highsmith character, is a confidence man, serial killer, and all-around psychopath. The United States should stop enabling him.
By John Feffer | March 3, 2021

To his supporters, MbS became first in line to the Saudi throne by championing reform in a deeply conservative Gulf kingdom, taking on corruption, confronting religious extremists, and promising to modernize the economy. “Someone had to do this job — wrench Saudi Arabia into the 21st century — and MBS stepped up,” wrote Thomas Friedman in an oft-cited column from November 2017. “I, for one, am rooting for him to succeed in his reform efforts.”

Not only impressionable opinion-makers have fallen for the prince’s charm. In 2017, MbS won the reader poll for Time’s person of the year with an astonishing 24 percent of the votes. Second place, at 6 percent, went to the magazine’s eventual pick for its cover, the #MeToo movement, while Canadian Prime Minister Justin Trudeau garnered a mere 4 percent, Pope Francis 3 percent, and Donald Trump 2 percent.

Of course, not everyone has been enthusiastic about the talented Mr. Bin Salman. In 2015, three months into his new position as defense minister, MbS launched an air war in neighboring Yemen. Tens of thousands of Yemeni civilians have died, and the country has been plunged into a humanitarian nightmare. The war, which has become a quagmire for the Saudi-led coalition, has not exactly made a lot of friends for MbS.

Two years later, shortly before he mesmerized Thomas Friedman in Riyadh, MbS detained a number of his wealthiest rivals in a set of rooms at the Ritz-Carlton in the Saudi capital. There he subjected the sheikhs and businessmen to interrogations and torture that resulted in one death and the hospitalization of 17 others. The Saudi leadership called the extortion of billions of dollars from the rich prisoners an anti-corruption campaign, but it was really a way for MbS to consolidate his power through brute force.

“He is a psycho,” a relative of one of the detainees said of MbS. “He has spite. He wants to break people. He doesn’t want anyone to have an honorable name but him. He is a devil, and the devil is learning from him.”

Shortly before the Ritz-Carlton “sheikhdown,” Saudi journalist Jamal Khashoggi fled the country for the United States. As a Washington Post columnist, he then took aim at the policies of the Saudi government and those of MbS in particular. While the Saudi prince “is right to free Saudi Arabia from ultra-conservative religious forces, he is wrong to advance a new radicalism that, while seemingly more liberal and appealing to the West, is just as intolerant of dissent,” Khashoggi wrote in a column from April 2018.

That intolerance for dissent was on full and tragic display a few months later when Khashoggi walked into the Saudi consulate in Istanbul to get papers to marry his Turkish fiancée and never came out. A government-dispatched death squad strangled the journalist and dismembered his body.

The Saudi government initially denied that Khashoggi had been killed. Then it claimed that the killers were rogue elements. The kingdom eventually put 11 unnamed individuals on trial for the crime, charged eight of them, and handed down five death sentences that it subsequently commuted to 20 years in prison.

After Khashoggi’s murder, the Trump administration imposed sanctions on 17 Saudi officials. But even though a UN report implicated MbS in the assassination, he didn’t face any consequences. Indeed, Trump continued to praise the Saudi prince as if nothing had happened.

“It’s an honor to be with the Crown Prince of Saudi Arabia, a friend of mine, a man who has really done things in the last five years in terms of opening up Saudi Arabia,” Trump said at a June 2019 breakfast with MbS at the G20 meeting in Tokyo. “I want to just thank you on behalf of a lot of people, and I want to congratulate you. You’ve done, really, a spectacular job.”

This week, the Biden administration released an earlier U.S. intelligence report on the assassination of Khashoggi that concluded that MbS approved the killing. The administration added some new sanctions against certain Saudi officials and instituted a “Khashoggi Ban” against 76 unnamed individuals associated with the killing. That ban can also be applied to any foreign officials who harass or harm journalists or activists.

Still, the Biden administration has declined to sanction MbS himself.

Like Tom Ripley in the novels of Patricia Highsmith, Mohammed bin Salman is a confidence man, serial killer, and all-around psychopath with a taste for the high life. Highsmith described the protagonist of The Talented Mr. Ripley and four other novels as “suave, agreeable, and utterly amoral.” Although he often comes close to getting caught, in the end Tom Ripley gets away with murder every time.

Will that be the fate of the talented Mr. Bin Salman as well?

The alliance between the United States and Saudi Arabia initially made sense, at least at a basic economic level. In February 1945, when FDR met secretly with King Saud on a Navy destroyer in the Suez Canal, the American president wanted to secure a homeland for Jewish refugees in Palestine. Although the Saudi king was not enthusiastic, he was willing to forge a partnership around oil. Saudi Arabia had recently discovered what promised to be very lucrative fields, and the United States needed a reliable oil supply to finish off World War II and begin a post-war recovery.

Saudi Arabia still has a lot of oil, but the United States doesn’t need it anymore. From a high of two million barrels of crude a day in May 2003, U.S. imports dropped to a mere 100,000 last December. For a period of time in January, for the first time in 35 years, the United States didn’t import any Saudi oil at all. Because of its own fossil fuel production, increased imports from countries like Canada, and greater reliance on renewables, the United States is simply no longer dependent on the Saudis.

Take oil out of the equation and the alliance becomes untenable. Saudi Arabia is a dictatorship with fewer political and religious freedoms than, say, Iran, which the United States routinely castigates for its human rights violations. The kingdom has been a destabilizing influence in the region, for instance through its war in Yemen and its earlier embargo of Qatar. Moreover, Saudi Arabia promotes a conservative version of Islam, Wahhabism, that has squeezed out more liberal variants of the religion all around the world. The country has also generated even more extremist ideologies, like the jihadism of Osama bin Laden and his followers.

In an investigation of the links between the Saudi government and the September 11 hijackers, the FBI found some evidence of collaboration, through the Saudi embassy in Washington, but the agency has been divided on whether that evidence is conclusive. The name of the relevant embassy contact, Mussaed Ahmed al-Jarrah, was even inadvertently revealed last May, but it’s not likely that the Saudi government will allow al-Jarrah to be deposed as part of the lawsuit mounted by families of the September 11 victims.

It’s not the only case in which the Saudi government has been implicated. A lawsuit in Florida alleges that the kingdom could have prevented an attack by a Saudi air force officer in 2019 at a naval air station in Pensacola that left three U.S. sailors dead.

The U.S. government has generally looked the other way when it comes to these obvious disqualifications for a strategic partnership. It’s not just oil. The Saudis have proven to be useful partners in various causes over the years. They provided financial support for the anti-Soviet mujahideen in Afghanistan. They’ve been a bulwark behind conservative regimes in the Middle East, such as Egypt, which the United States has misinterpreted as a stabilizing influence.

And then there’s Iran, with which Saudi Arabia has long battled for influence in the greater Middle East. Part of the rivalry is confessional – Iran is predominantly Shia while Saudi Arabia is predominantly Sunni. The tensions are also political, since the Saudis tend to prefer conservative, pro-Western regimes while Iran favors governments and movements that are at least skeptical of the West if not outright hostile. But the competition often boils down to geopolitics, with the two countries trying to influence countries and leaders regardless of their religion or political leanings.

Because the United States decided 40 years ago, with a big assist from Ayatollah Khomeini, to do everything it could to constrain the new Islamic Republic of Iran, Saudi Arabia became an essential partner. The Obama administration challenged the cornerstone of this partnership with the Iran nuclear deal. Trump swung in the opposite direction to make the kingdom the fulcrum of a region-wide peace plan.

Biden is now trying to “recalibrate” the relationship. It has ended “all American support for offensive operations in the war in Yemen, including relevant arms sales,” but that leaves open the possibility of supporting defensive operations, whatever those might be. It has put a hold on half a billion dollars in military assistance, but is now evaluating which deals can go through under the category of “defensive” weapons, like missile defense systems.

In his initial discussions with the kingdom, Biden also raised issues of human rights and the assassination of Khashoggi. At the same time, however, the administration has tried to preserve the overall relationship by effectively pardoning MbS. King Salman is 85 years old, and he’s not in good health. With MbS set to take over, the United States doesn’t want to alienate a powerful future monarch.

Mohammed bin Salman is aware of his leverage. He will act accordingly.

The Biden administration this week announced sanctions against senior Russian officials over the poisoning of dissident Alexei Navalny. In 2019, the European Union imposed sanctions on Iran for its involvement in the assassination of two Iranians in the Netherlands. After the 2017 assassination at the Kuala Lumpur airport of Kim Jong Nam, who was North Korean leader Kim Jong Un’s half-brother, Malaysia closed its embassy in Pyongyang and imposed a travel ban on the country.

None of these moves has doomed bilateral relations. The United States still engages with the Kremlin, most recently by extending New START. The EU is pushing hard for a resumption of the Iran nuclear deal. And Malaysia reopened its embassy in Pyongyang last year.

Part of the reason why such extrajudicial murders generate sanctions but not a full quarantine of the perpetrating countries is the widespread nature of these offenses. Among its many “targeted killings” by drones, the United States assassinated the head of Iran’s Quds Force Qasem Soleimani outside the Baghdad airport at the beginning of 2020. Israel has routinely killed its opponents all over the world, including a Libyan embassy employee in Rome, an Egyptian nuclear scientist in Paris, a Brazilian colonel in Sao Paolo, and a Canadian engineer in Brussels. Syria might or might not have been behind several assassinations in Lebanon, including leftist leader Kamal Jumblatt and former Prime Minister Rafic Hariri. None of these countries has suffered geopolitically for these acts.

The talented Mr. Bin Salman, in other words, killed his most prominent critic because he knew he would get away with it. Even if the Biden administration decides for entirely pragmatic reasons not to sanction the Saudi prince, it should definitively stop all military support to Riyadh, even weapons considered “defensive.” After all, if Saudi Arabia feels more secure behind a Terminal High Altitude Area Defense system, it will be more likely to direct aerial attacks against its opponents.

It’s the nature of geopolitics that a few psychopaths are going to become the leaders of their countries. But that’s no reason for the United States to give these “talented” men the weapons to consolidate their power.