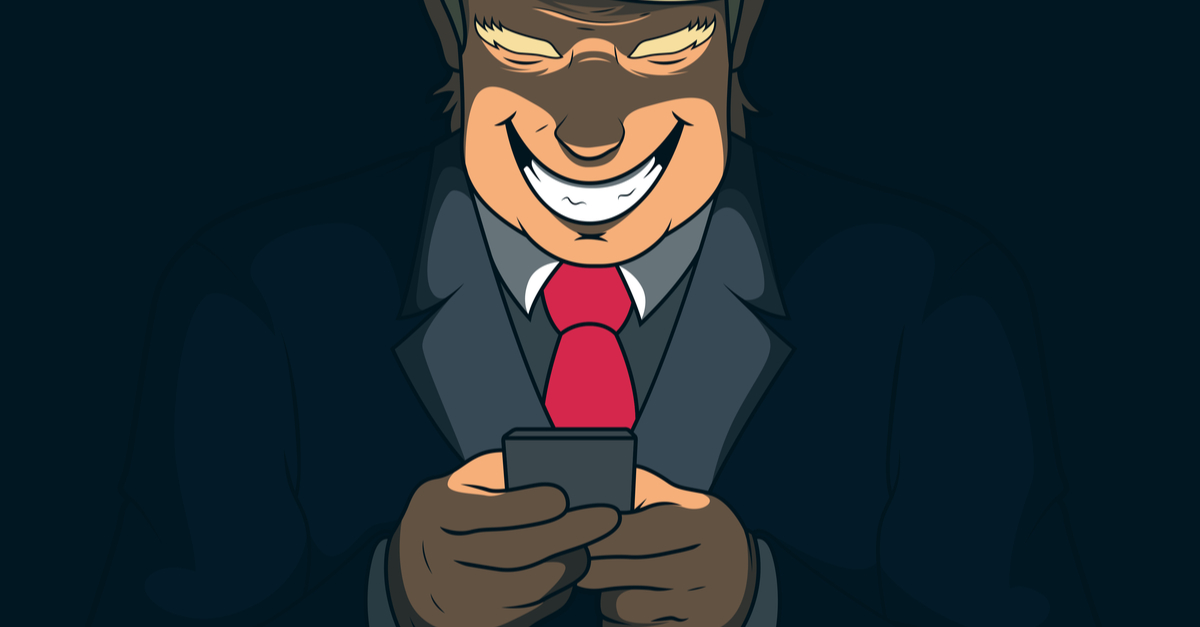 Bolton’s bellicose worldview is the basic operating system of the Trump administration.
By John Feffer | September 18, 2019

The national security adviser entered the Trump administration as a predictable warmonger with an unslakable thirst for power. He streamlined the national security apparatus to maximize his access to the president. At least at first, he played the role of loyal adjutant to Trump. As in his days as an arms control official in the George W. Bush administration, Bolton quietly planted IEDs on the inside rather than throw bombs from the outside.

But ultimately, like the scorpion that stings the frog halfway across the river, Bolton couldn’t betray his own nature. In his eagerness to start wars with Venezuela, North Korea, and Iran, Bolton spoke out of turn, publicly clashed with his boss, and probably leaked information to the press. By August his position had become untenable, and he suffered the fate of so many Trump collaborators: expulsion by tweet.

Looked at another way, however, Bolton accomplished what he set out to do. He scuttled the negotiations with North Korea by referring to the Libyan example of denuclearization (Pyongyang knew full well what happened to Muammar Qaddafi’s regime). He made sure that U.S. troops remain in Syria and in Afghanistan as well. He put the fear of a coup in the heart of Nicolas Maduro in Venezuela. And he ratcheted up the pressure on Iran to the point of near-conflict.

Now, with Trump declaring that the United States is “locked and loaded” in the wake of the attacks on Saudi Arabia’s oil supplies, Bolton is no doubt pleased at the prospect of his wildest dream fulfilled: a war with Iran. He nearly pushed the president into military action against Tehran back in June when Trump self-reportedly stopped the strike 10 minutes before it was scheduled to take place.

This time, thanks in part to the work of the not-so-dearly-departed Bolton, the president might go over the edge this time.

Or perhaps Trump will stick to his pattern of making outlandish threats and then turning around to negotiate. The administration has more recently been dialing back its rhetoric. Maybe Bolton the scorpion has managed only to sting himself.

Secretary of State Mike Pompeo has accused Iran of attacking the Aramco oil facilities in Khurais and Abqaiq in the heart of Saudi Arabia. Saudi and U.S. investigators have reportedly determined that the September 14 attacks came from an Iranian base near the border with Iraq. But the force that has claimed responsibility for the attacks are the Houthis, who have been battling a Saudi-led coalition in Yemen for more than four years.

Also, as Kate Kizer of Win Without War points out, the Saudis and the Houthis have been engaged in a tit-for-tat game of aerial bombardment. The latest attacks on Saudi oil facilities could very well be a response to the Saudi air strike on Dhamar prison, which killed 100 people two weeks ago.

Tit-for-tat doesn’t, however, mean that it’s been an equal contest. The Saudi campaign has killed thousands and thousands of Yemenis. Houthi attacks have resulted mostly in material damage and four civilian casualties.

Those who point the finger at Iran argue that this latest attack was far from the border with Yemen. But the Khurais oil field (the most recent target) and the Shaybah oil field (hit in mid-August) are both about the same distance from the Yemen border.

The latest attacks were also remarkably successful. The pinpoint strikes forced the suspension of more than half of Saudi oil production. But the Houthis have steadily increased their offensive capabilities, attacking Saudi airports at Jizan and Abha in May and June a total of 17 times. They’ve received some weaponry from Iran but also have some Soviet-era missiles as well as some from North Korea. They are now operating air defense systems as well.

Meanwhile, it’s rather difficult to imagine the Iranian government launching such an attack just after Secretary of State Mike Pompeo had talked of Trump possibly meeting Iranian President Hassan Rouhani at the UN General Assembly in New York this week. Even if the Iranian authorities are reluctant to sit down with Trump, for understandable reasons, attacking Saudi Arabia on the eve of the UN meeting doesn’t make much strategic sense.

On the other hand, Iran pledged that if it couldn’t export its own oil, it would disrupt the global market. The Trump administration has certainly hobbled Iran’s energy industry through direct sanctions and pressure on other countries to stop their imports. Meanwhile, the Saudis didn’t see the attack coming, which suggests that it didn’t originate from the south, where Saudi air defenses are focused. But the missiles and drones were flying low, so they might have evaded air defenses. They might also have come from multiple locations.

Of course, it might not be an either-or situation. Iran provides some support to the Houthis. So, even if the Houthis are responsible for this attack, they likely got the green light from Tehran for such a significant attack. Or perhaps Iran’s Revolutionary Guard Corps, which has never much liked rapprochement with the United States, wanted to make sure that any high-level meeting on the sidelines of the UN assembly would not take place.

In any case, the Trump administration was already walking back its hostile rhetoric by Monday. The absence of Bolton might have something to do with that. More likely, however, it reflects the situation on the ground in the Gulf.

When Saudi Arabia launched its war in Yemen in 2015, the architect of the campaign, Crown Prince Mohammed bin Salman, seemed to think it would be a cakewalk. Instead, the Houthis have put up stubborn resistance.

The rebel group, which adheres to a variant of Shi’ite Islam in contrast to the predominantly Sunni Saudis and their Sunni proxies in Yemen, continues to control the capital of Sana’a as well as the northern highlands and a stretch of the Red Sea coast. It has felt confident enough in the past weeks to start setting up a diplomatic corps, with its first envoy dispatched to Iran.

But the most influential development in recent weeks has been a split in the anti-Houthi coalition between Saudi Arabia and the United Arab Emirates. The UAE is focused more on containing Iranian influence rather than rolling it back — and it certainly doesn’t want a war with Tehran.

Back in July, the UAE announced that it would withdraw its troops from Yemen. It continued to support a group of southern separatists who, in mid-August, took over the port of Aden from the Saudi-backed faction.

As if Yemen hasn’t suffered enough — famine, drought, cholera — its civil war now threatens to spiral into a multi-party dispute even more resistant to mediation.

In this situation, the Houthis may feel more confident that they can force the Saudis into following the example of the UAE. It’s not like Mohammed bin Salman to cut his losses, but the war is threatening his larger plans to transform the Saudi economy.

It’s one thing for Riyadh to pour money into the quagmire next door (with the help of U.S. taxpayers). It’s quite another to put its cash cow — oil and gas represent 50 percent of Saudi GDP and 70 percent of export earnings — within range of enemy fire. Also, having failed so miserably to subdue one of the poorest countries in the world, Saudi Arabia may be having second thoughts about confronting a country with considerable economic and military power.

Meanwhile, Donald Trump is finding it ever more difficult to end U.S. involvement in wars in the region. Negotiations with the Taliban have stalled, so now U.S. troop withdrawal from Afghanistan is no longer in the offing. Not only are U.S. troops remaining in Syria but more will soon be heading that way. And even though Congress wants the United States out of Yemen, the president keeps vetoing the legislation.

Even the thick-headed Trump should be able to get the message: war with Iran would make these conflicts look like a walk in the woods. His advisers are also warning him that such a war would tank the U.S. economy and doom his reelection chances. That’s probably the only warning that Trump can understand.

Mike Pompeo is no less a warmonger than John Bolton. He also had far more doubts than Bolton ever did about Trump’s suitability as president, which the future secretary of state revealed as he was campaigning for Marco Rubio in the 2016 presidential primaries.

But those doubts are now gone. As Susan Glasser discusses in her recent New Yorker profile, “The Secretary of Trump,” Pompeo is the quintessential company man, striving to align his views with that of his president.

If Trump decides not to attack Iran, in other words, Pompeo will go along without a protest.

His short list included Fred Fleitz, Bolton’s previous chief of staff, who heads up the Center for Security Policy, a fiercely Islamophobic think tank devoted to spreading conspiracy theories. Then there was Gen. Keith Kellogg, the vice president’s national security adviser, who’s been central to the effort to provoke regime change in Venezuela and also had the dubious distinction of having served as Paul Bremer’s chief of staff in the U.S. occupation authority in Iraq.

But the nod went to hostage envoy Robert O’Brien. This would seem to be a safe, diplomatic choice. O’Brien is a lawyer who once worked at the UN Security Council.

On the other hand, O’Brien is also a fierce opponent of the Iranian nuclear deal, which he has called “rank appeasement.” On the appointment of his former colleague John Bolton to the position of national security adviser, he had this to say:

The person, if you’re the president of the United States, that you want sitting on your team to negotiate, the best lawyer in the house, the best foreign policy professional in the house, is John Bolton. He’s going to bring a level of seriousness, experience, depth of knowledge, but also hard-nosed, tough negotiation skills.

I mean, you know, the Iranians are very good negotiators. They took us to the cleaners with the Iran deal. The North Koreans have been doing this for many years, and have taken a number of presidents to the cleaners. No one is going to take John Bolton to the cleaners in a negotiation.

With O’Brien on board, the Trump administration can be counted on to continue its overwhelmingly hostile policy toward a select group of outcasts like Iran, toward allies that don’t toe the U.S. line, and toward multilateralism more generally. Bolton will no longer be holding the reins of national security, trying to nudge the president one way or another.

But Bolton’s bellicose worldview, which both O’Brien and Pompeo share, is the basic operating system of the Trump administration.

Remember: this president is always 10 minutes away from war with someone.