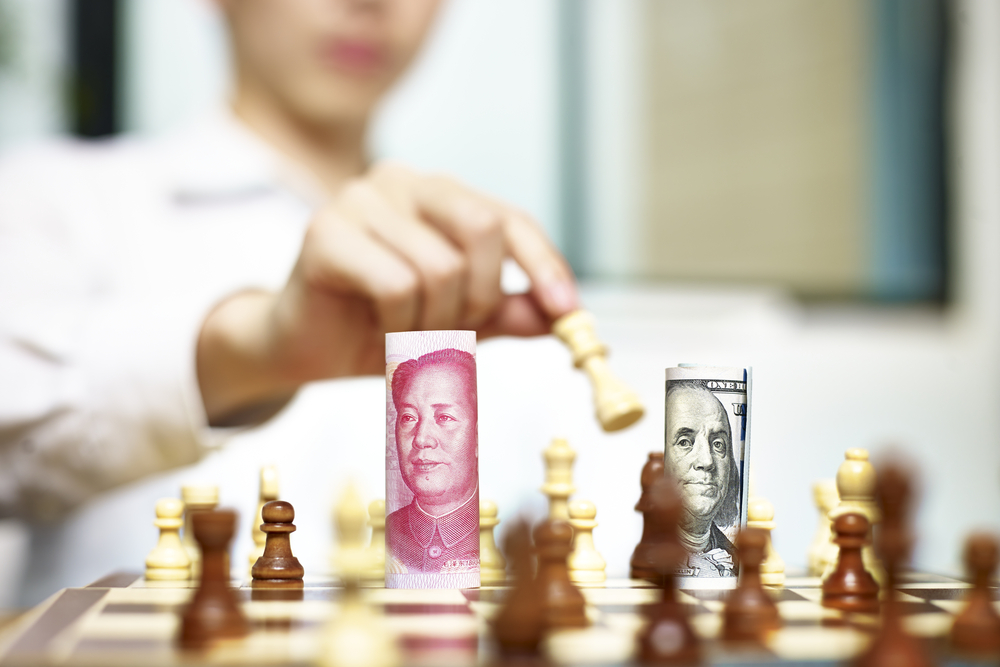 The COMPETES Act, which ramps up spending to raise the stakes with China, puts Washington's warped priorities on display.
By Ashik Siddique | February 23, 2022

This Februrary, the House of Representatives passed its version of a sweeping bill to counter China economically, the America COMPETES Act.

The America COMPETES bill is part of a dangerous trend of feeding tensions between the U.S. and China. The bill is framed heavily in terms of national security and competition with China and could easily pave the way for boosting the already massive military budget in years to come.

But the bill is also a sign of failed priority-setting by people in government. A country that refuses to contribute enough to global vaccine efforts, and where leaders fail over and over to secure funding for clean energy, has bigger problems than China’s industrial growth.  The America COMPETES bill would authorize hundreds of billions of dollars in new federal spending on initiatives intended to boost the United States in its competition with the world’s other largest economy, even while other critical components of the U.S. economy are chronically underfunded.

A central provision that is likely to make it into the final package is the CHIPS for America Act, which would spend $52 billion from FY 2022 through 2027 on incentives for domestic semiconductor manufacturing.

The COMPETES bill would also deliver $2 billion to the Department of Defense for a “public-private partnership” to support microelectronic production — a blatant grab for more profits from an agency with a $778 billion budget, half of which already goes to corporate contractors. The bill also stokes future U.S.-China conflict with provisions that require extended programs and plans for foreign military aid, new military technologies, and more.

$52 billion for semiconductors over 5 years may not seem like much, compared to just this year’s massive $778 billion Pentagon budget. But if our government can pay for this, it’s worth emphasizing what else this amount could fund in urgent human needs.

Our government can fund billions for making computer chips, but can barely spend a dime to expand domestic manufacturing of clean energy against the climate crisis. $52 billion could also install enough wind turbines and solar panels to power over 16 million households with renewable electricity from this year until 2027.

$52 billion could pay the salaries of 128,677 new public elementary school teachers for 5 years, countering severe burnout among educators throughout the pandemic.

We could actually end the global COVID pandemic by funding vaccines for all, for anywhere from $17 billion to $25 billion.

The Senate’s version of the China bill is much more openly militaristic than what the House opted for. But the House’s COMPETES Act will need to be reconciled with that bill before it can be signed into law by the White House. That means the bill can still get worse, as labor and environmental provisions included by House Democrats in COMPETES are likely to be threatened in reconciliation, while components of the Senate bill that stoke military competition and domestic racism may still survive.

But prioritizing any version of the bill over all the ongoing crises that people are dealing with today in the U.S. shows that getting an edge over China is apparently our government’s most urgent priority.

Ashik Siddique is a research analyst for the National Priorities Project at the Institute for Policy Studies.