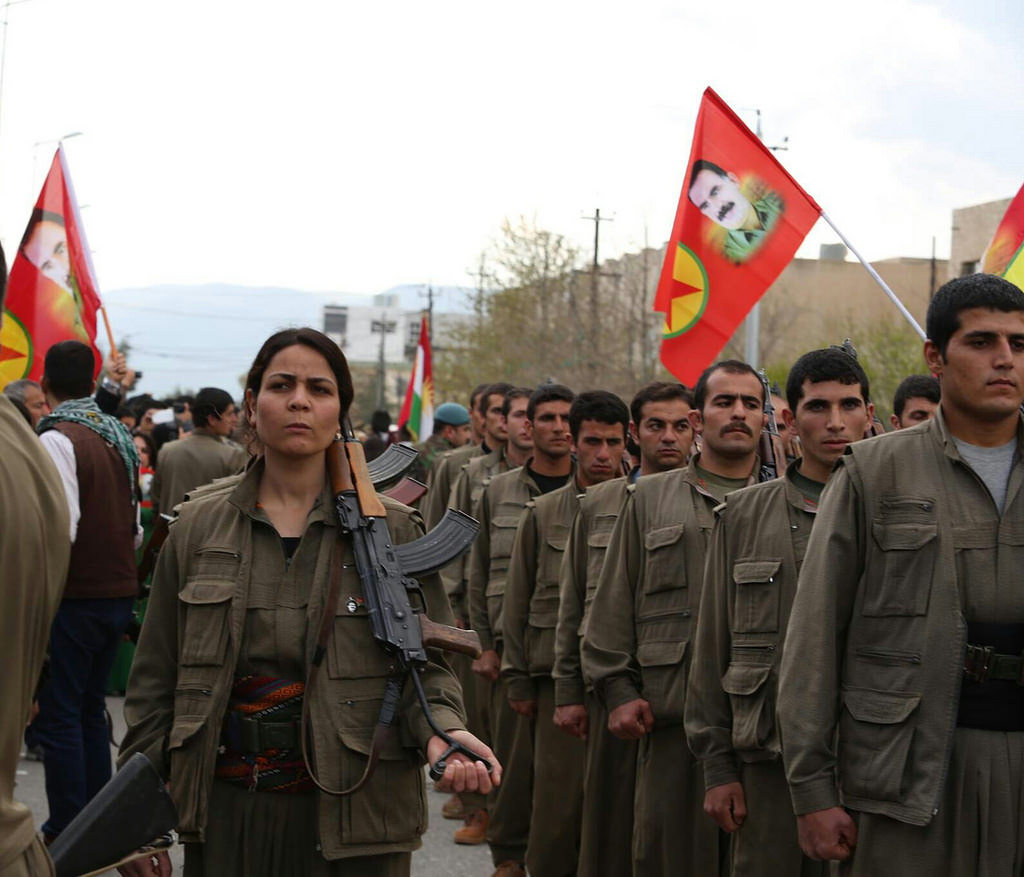 The U.S. Is Betraying the Kurds — Again

Turkey's offering Washington a fig leaf of cooperation against the Islamic State, but it's turning all its firepower against the most effective anti-ISIS fighters in the region — the Kurds.
By Adil E. Shamoo | September 4, 2015

In the country’s last election, the Islamist-leaning Justice and Development Party (AKP) of Turkish President Recep Tayyip Erdogan lost its majority in parliament. Though it retained a plurality of seats, it was the party’s biggest setback since coming to power at the beginning of the century. Since then, it’s been unable to form a governing majority.

A major contributor to the setback was the newly formed People’s Democracy Party (HDP), a Kurdish-led party supported by a number of other liberal groups in Turkey. HDP won 13 percent of the popular vote, enough to establish a bloc in parliament opposite Erdogan’s AKP. Erdogan has complained bitterly about the result, and even attempted to strip the party’s leaders of their parliamentary immunity — because, he claims, they collaborate with terrorists linked to the Kurdish resistance group PKK.

Failing in this, Erdogan has called for a snap election in November, hoping to win a majority again by denuding HDP of its popular support. And to do that, he’s brazenly restarting Turkey’s war the PKK in a cynical bid to rally Turkish nationalists to his own banner.

All that’s bad enough. Even worse is that he’s marshaling U.S. support to do it — all under the banner of collaborating against the Islamic State, or ISIS. Erdogan’s government has promised to increase Turkey’s collaboration with the United States to fight the group, all the while directing its firepower against Kurdish positions in Turkey and Iraq.

In fact, Selahattin Demirtas, the charismatic and outspoken leader of HDP, has accused Erdogan of helping ISIS by allowing the group’s members to cross the Turkish border with Syria. Demirtas has long fought for democracy and human rights for the Kurds and other minorities in Turkey.

If Washington goes along with this scheme, it won’t be the first time it betrayed the Kurds.

Back in the 1970s, the U.S.-backed shah of Iran encouraged and supported a Kurdish rebellion for autonomy in northern Iraq against Saddam Hussein’s regime. The U.S. promised to help the Kurds at the time. Yet soon after Iran and Iraq signed a border agreement, Iran cut off its support — and so did the United States. Hussein crushed the rebellion, inflicting over 100,000 casualties.

Foreign policy, the notoriously callous Secretary of State Henry Kissinger reflected at the time, “should not be confused with missionary work.”

Later, during the Iran-Iraq war of the 1980s, the U.S. government provided intelligence to Hussein’s government even as it knew he was launching gas attacks on Iranian soldiers, and later on Kurdish civilians — most notoriously in the Halabja massacre of 1988.

Despite this history, the Kurds are the most loyal and effective U.S. allies in the region, thanks to a number of shared rivals (and not least to Washington’s falling out with Hussein). Left-wing Kurdish fighters in Syria in particular are among the most daring and effective forces against ISIS. No less than U.S. Secretary of Defense Ashton Carter has praised them.

There are 30 million Kurds in the Middle East, about half of them in eastern Turkey. The rest are scattered across Iraq, Iran, and Syria. In Iraq, they govern a semi-autonomous region with most of the trappings of an independent state. But Turkey has long vowed to crush any Kurdish state — whether in Turkey, Iraq, Iran, or Syria — because Turkish nationalists say it threatens the unity of Turkey.

Erdogan hasn’t always had such a toxic relationship with Turkey’s largest minority. Indeed, after coming to power in 2002, he allowed the Kurdish language be taught in their schools, encouraged Kurds to participate in parliamentary elections, and allowed them to express their cultural and religious beliefs. Erdogan received praise and support from the Kurds and other minority groups, even attracting significant Kurdish support for his past electoral bids.

The crowning achievement came two year ago, when Turkey negotiated a ceasefire with the PKK, presaging an end to a decades-long conflict with the Turkish state that had claimed tens of thousands of lives.

But it wasn’t to last. Unrest in Syria and Iraq allowed Kurdish fighters there, many of whom are tied to the PKK, to consolidate their power as ruling regimes melted away, sparking concern in Ankara. Combined with an increasingly ambitious Erdogan’s frustrated electoral prospects, it made for a deadly combination.

All it took as a spark, which came when Kurdish fighters killed two Turkish border guards in Suruc following a massive suicide attack by ISIS that killed dozens of Kurdish civilians. In response, Erdogan launched airstrikes on Kurdish positions in both Iraq and Turkey, prompting retaliatory attacks. Casualties are on the rise.

Why would Washington tolerate such attacks on the region’s most effective anti-ISIS fighters? Because Erdogan offered a big carrot: He’s allowing the U.S. to use his military base at Incirlik, near the Syrian border, to attack ISIS positions in Syria. Yet Erdogan himself has directed much more firepower at PKK forces in northern Iraq. Meanwhile he’s arresting left-wing and Kurdish activists in Turkey itself.

Erdogan even extracted a NATO pledge to battle the PKK and its affiliates, along with ISIS, on the ground that they’re all terrorists. It’s disturbing to see NATO becoming an instrument to suppress minority rights. Many question the sincerity of Erdogan in fighting ISIS when his efforts are primarily directed at his political opponents at home. Washington should ask itself whether opening a new front against ISIS is worth betraying a valued ally yet again.

Adil E. Shamoo is an associate fellow of the Institute for Policy Studies, a senior analyst for Foreign Policy in Focus, and the author of Equal Worth – When Humanity Will Have Peace. He can be reached at ashamoo@som.umaryland.edu and blogs at forwarorpeace.com.