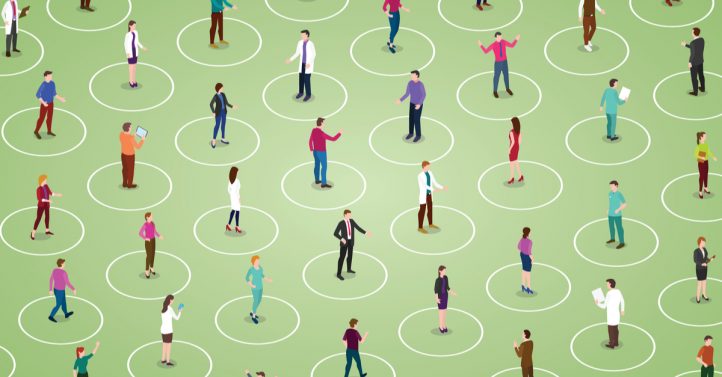 Last month, World Bank President David Malpass unwittingly summarized, in two sentences, a key reason the United States and many other Western countries have failed to protect their people from the COVID-19 pandemic:

“Countries will need to implement structural reforms to help shorten the time to recovery and create confidence that the recovery can be strong,” Malpass said. “For those countries that have excessive regulations, subsidies, licensing regimes, trade protection, or litigiousness as obstacles, we will work with them to foster markets, choice, and fast growth prospects during the recovery.”

If anyone was looking for a dangerous free-market approach that hamstrings governments from serving the common good, this is it.

While promising billions of dollars in aid for vulnerable countries, Malpass is essentially telling countries that they must get rid of public policies that the World Bank sees as barriers to economic recovery.

This includes cutting regulations, privatizing key industries and public services, and eliminating subsidies and trade protections. The underlying belief is that big business and free markets can solve most economic and social ills, and that the government’s role is to protect and promote the private sector, not offer a safety net for the people.

Of course, we’ve seen this ideology forced upon countries in previous crises. It is the classic refrain of the “Washington Consensus,” a policy package that the World Bank, the International Monetary Fund, and the U.S. government forced onto poor countries badly in need of financial support — most famously during the debt crisis of the 1980s.

This package of policies has eroded the public sector in poorer countries, leaving people at the mercy of the market to meet basic needs. It has kept rich countries rich and poor countries poor. More than that, it has kept elites — in all countries — cozy while perpetuating poverty and injustice for those on the margins. When people talk about “neoliberalism,” they’re referring to this policy prescription and the rigid free-market ideology that underpins it.

Neoliberalism is not merely an ideology that rich countries have forced on the poor. The idea that businesses and the free market are the solution to our problems, and government just gets in the way, has also dominated policies (and both political parties) here at home. As the COVID-19 virus spreads across the U.S., we are paying the price for those consistent attacks — and the resulting hollowing out of social protections in our country.

For decades the organization I work for, ActionAid, has fought to build alternatives to these painful realities. As an international development nonprofit working against the Washington Consensus, we are supporting communities in developing countries to demand that their governments uphold their basic rights to food, water, healthcare, education and more.

Our core belief has always been that governments, which are accountable to and collect taxes from their people, have the responsibility to take care of those people — a responsibility that businesses will never shoulder and that nonprofits cannot adequately substitute for.

When this basic truth comes under fire from Republicans, Democrats, or global institutions like the World Bank, it is the poorest and most vulnerable communities who suffer. When the government abdicates its responsibility to ensure access to basic services like healthcare, education, and housing, people who cannot afford to pay a premium for these essentials end up bearing the consequences of policy decisions made by those with more wealth and privilege.

As the COVID-19 pandemic lays bare the terrible shortcomings of the U.S. government, it is also providing a glimpse into a possible future.

Many local governments have banned evictions and utility shut-offs and are significantly increasing paid sick leave and unemployment benefits. Meanwhile, the federal government passed a $2 trillion stimulus that includes cash payments to all U.S. residents, and further stimulus packages are likely.

While the recently approved stimulus is deeply inadequate and flawed, not least by including massive taxpayer giveaways to big business, it sends a signal that even in the U.S., massive government intervention is possible when we decide there’s a big enough problem that it must be solved collectively.

This kind of compassion and care for others must be normalized and not only arise in response to an emergency. Why would we ever turn our backs on neighbors who struggle daily with poverty, hunger, illness, and other societal ills that our government is entirely capable of addressing?

David Malpass and the World Bank notwithstanding, perhaps COVID-19 will make clear to everyone that a more just and sustainable society is one in which governments live up to their responsibilities to serve their people, not just corporations or the wealthy few.

Brandon Wu is the Director of Policy & Campaigns at ActionAid USA.