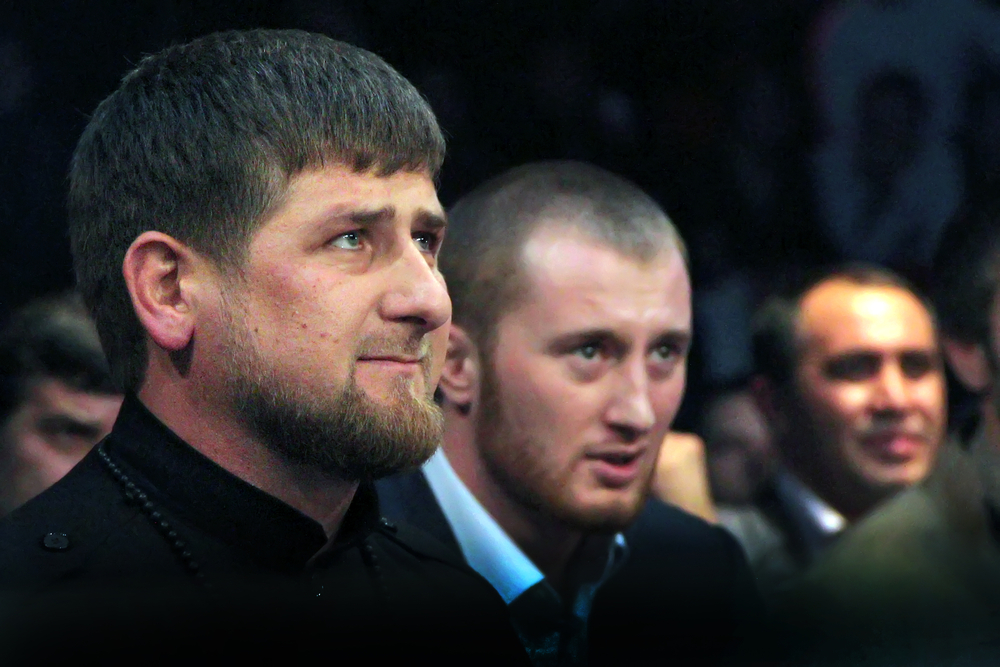 The Worst-Case Scenario in Russia

Who will be the next strongman in the Kremlin?
By Alexander Atanasov | October 11, 2022

Recently, I took a walk on an Egyptian beach. I overheard a conversation between a middle-aged Russian woman and two other slightly younger Russians. What the woman said made me cringe. “We are in big trouble in Russia,” she commented. “Only Kadyrov can save us.”

Ramzan Kadyrov became president of Chechnya in 2007 after the assassination of his father. He immediately set about imposing draconian measures to enforce his own eclectic vision of what constitutes “traditional Chechen Islam,” including his approval of honor killings based on his belief that women are the property of their husbands. Some Russian commentators have argued that Kadyrov has gone further toward building an Islamic state than the leaders of the Chechen independence fighters ever dreamed of doing. As part of his political allegiance to the Kremlin he has also sent his own children to fight in Ukraine.

Kadyrov becoming the leader of all Russia, I realized after thinking about it, would be the worst-case scenario. Even if it never happens, the idea that Russia needs someone like Kadyrov is deeply disturbing. It also has a clear explanation.

The Problem of Autocratic Systems

My recent research has focused on the weaknesses of authoritarian regimes compared to political systems that break power down into smaller pieces and manage to retain that separation of powers. All the problems that occurred in seventeenth-century Britain are easily transferable to modern-day Russia. The reason is that authoritarian regimes cause the same problems.

The problem, for Russia, is that many Russians still look to strongmen to save them instead of going to the streets to change their hopelessly outdated political system. For ages, omnipotent leaders from the Tsars to the Soviets perpetuated the myth that only a leader with a strong hand can solve the problems of Russia. The idea has intuitive appeal based on the logic that such a leader must have been competent in order to achieve and maintain power. But this is a false premise: the skills needed to gain power are not the same as those needed to run a country. Today’s societies are complex and need extensive knowledge and ability and most importantly a good system to be successful. The caveman search for an alpha male is ludicrously outdated.

Furthermore, a powerful leader will not necessarily exercise that power in the interest of its people. Aligning social welfare and the interests of the community with political power is an extremely complex issue.  One thing is for sure, though, a strong person in charge is way more likely to have only self-interest at heart and not the good of the whole. There are few checks or incentives to contain that desire for self-aggrandizement.

That idea of the omnipotent, competent leader has helped dissuade Russians from the idea of democracy altogether. For example, Russians say that the EU is full of weak leaders who are ineffectual, indecisive, and thus unable to lead. By contrast, Russia is a macho society led by the “strongest” man of them all. That false perception is the real source of power for Vladimir Putin. This is the reason for the popularity of the photo of him hunting shirtless on a horse in Siberia.

Putin became the embodiment of a strong leader because of the two wars in Chechnya where he showed everybody who considered Russia weak that he can level cities such as the capital Grozny and kill thousands of people in order to protect the integrity of Mother Russia.

However, such strongman leadership has substantial problems. Authoritarian leaders make rushed and suboptimal decisions because there is no degree of control over their power—and they often don’t have sufficient information to make informed decisions. The citizenry, unprotected from such suboptimal decisions, end up fighting in pointless wars and losing whatever economic gains they might otherwise have achieved. High-stakes issues like the use of nuclear weapons remain on the table because the authoritarian leader believes that he will survive such an escalation, both physically and politically.

Liberal democratic societies counter the problem of the strong leader with the creation of institutions that break down power in order to limit erroneous decisions based on asymmetric information. The very power of authoritarianism serves as an obstacle to obtaining the information needed to make wise decisions. Machiavelli well understood the problem of “yes men”— “There is no other way of guarding oneself from flatterers except letting men understand that to tell you the truth does not offend you.” Modern western societies reduce this information problem by creating incentives for getting vital information out in the open.

Any strong leader, Putin included, has such information problems. He receives only the news his subordinates want him to receive because they don’t tell him everything for fear of retribution. The war in Ukraine has shown clearly how out of touch with reality Putin had been. The Russian army was unprepared for the battlefield. Funds were diverted from developing new weapons and maintaining existing ones. The command structure of the army was hopelessly outdated. While Putin persisted in thinking that he had a modern and capable army, the oligarchs embezzled money and bought yachts. To avoid this information problem, Putin has even tried to control the army by himself without any training or ability. That leads to even more disasters on the battlefield where he faces NATO-trained and war-hardened Ukrainian generals who receive information from superior NATO sources and technology.

Only a system with the right incentives and the appropriate checks and balances can lead to better decision-making. A strongman is not the solution. Should Putin fall, Russians will simply look for another strong leader who will make matters worse.

In the Chechen wars, another such leader emerged: Ramzan Kadyrov. At first, Kadyrov fought against the Russians. Then he switched sides and helped Putin decimate his independent enemies. As the president of Chechnya, he has been accused of kidnappings, assassinations, and the torture of human rights activists.

In Ukraine, Kadyrov has served as the main propagandist for the Russian military campaign. Although some Chechen troops have been fighting on the front lines, their most important role has been as anti-retreat detachments to prevent desertion.

After the recent defeat of the Russian army at Lyman, Kadyrov publicly shamed the general who was in charge of the forces by accusing him of getting the position because of nepotism. He also said that a nuclear weapon should be used against Ukraine. As a master propagandist, Kadyrov has been portraying himself as a strong leader who is not afraid of anything including using nuclear arms. He is putting himself out there as the only person who can save Russia—in comparison to the old, frail, weak leader in the Kremlin who had his time in power but now should step down.

Russia’s troops are close to collapsing in Ukraine. They have lost key city after city. With regions in an uproar over the mobilization for war, the Russian Federation itself might be close to disintegration. Russians in search of a strong leader may well turn to someone with battlefield experience who has demonstrated his control over government. There is no one in the pipeline but Kadyrov.

If Kadyrov takes power in Russia, the situation will be much worse than it was even during the Stalinist era, for Kadyrov will combine ideological extremism with religious fundamentalism and Soviet power. The threat that Kadyrov will use nuclear weapons will become all too real. This would be much worse than a disorderly disintegration of the Russian Federation.

The likelihood of Kadyrov taking over in Russia is not high at the moment, especially compared to other scenarios like a military coup. At the moment, Kremlin elites are discussing other potential leaders such as Nikolai Patrushev, the head of the Security Council of Russia, and former prime minister Sergey Kiriyenko. But the faster the Ukrainians retake their territory, the faster the political crisis will develop inside the Kremlin. Transition is not an organized process under authoritarian regimes, and unexpected outcomes can develop out of the chaos.

The question is: does the West have a way of preventing this worst-case scenario of Kadyrov in the Kremlin?