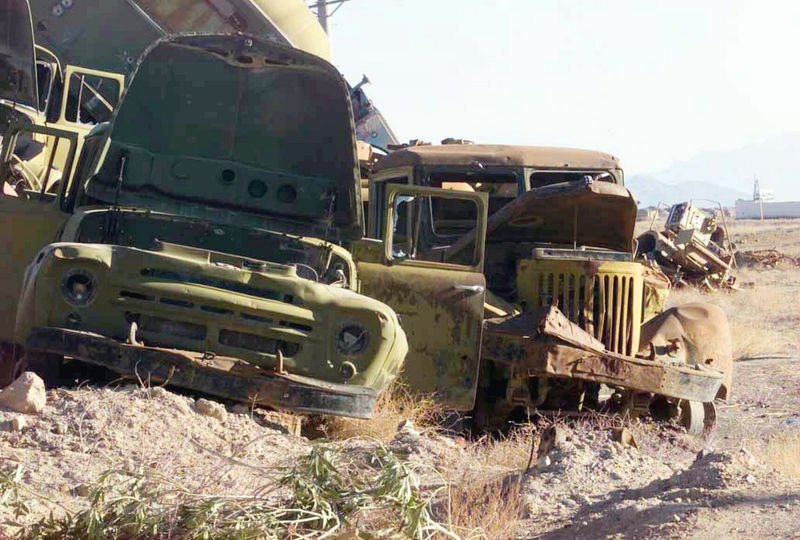 The president's goals in escalating the war in Afghanistan are deeply flawed. Just ask the Russians.
By John Feffer, Conn Hallinan | December 7, 2009 When President Barack Obama laid out his plan for winning the war in Afghanistan, behind him stood an army of ghosts: Greeks, Mongols, Buddhists, British, and Russians, all whom had almost the same illusions as the current resident of the Oval Office about Central Asia. The first four armies are dust. But there are Russian survivors of the 1979-89 war that ended up killing 15,000 Soviets and hundreds of thousands of Afghans as well as virtually wrecking Moscow’s economy.

One is retired General Igor Rodionov, commander of the Soviet’s 120,000-man 40th Army that fought for 10 years to defeat the Afghan insurgents. In a recent interview with Charles Clover of the Financial Times, he made an observation that exactly sums up the president’s deeply flawed strategy: “Everything has already been tried.”

The president laid out three “goals” for his escalation: One, to militarily defeat al-Qaeda and neutralize the Taliban; two, to train the Afghan Army to take over the task of the war; and three, to partner with Pakistan against a “common enemy.” The purpose of surging 30,000 troops into Afghanistan, the president said, is to protect the “vital national interests” of the United States.

But each goal bears no resemblance to the reality on the ground in either Afghanistan or Pakistan. Rather than protecting U.S. interests, the escalation will almost certainly undermine them.

The military aspect of the surge simply makes no sense. According to U.S. National Security Advisor James Jones, al-Qaeda has fewer than 100 operatives in Afghanistan, so “defeating” it means trying to find a few needles in a 250,000 square-mile haystack.

As for the Taliban, General Rodionov has a good deal of experience with how fighting them is likely to turn out: “The war, all 10 years of it, went in circles. We would come and they [the insurgents] would leave. Then we would leave, and they would return.”

The McClatchy newspapers reported this past July that the Taliban had successfully evaded last summer’s surge of U.S. Marines into Helmand Province by moving to attack German and Italian troops in the northern part of the country. Does the White House think that the insurgents will forget the lessons they learned over the last 30 years?

Another major goal of the escalation is to increase the size of the Afghan army from around 90,000 to 240,000. The illusions behind this task are myriad, but one of the major obstacles is that the Afghan army is currently controlled by the Tajik minority, who make up about 25% of the population but constitute 41% of the trained troops. More than that, according to the Italian scholar Antonio Giustozzi, Tajiks command 70% of the Army’s battalions.

Pashtuns, who make up 42% of Afghanistan, have been frozen out of the Army’s top leadership and, in provinces like Zabul where they make up the majority, there are virtually no Pashtuns in the army.

The Tajiks speak Dari, the Pashtuns, Pashto. Yet Tajik troops have been widely deployed in Pashtun areas. According to Chris Mason, a member of the Afghanistan inter-agency Operations Group from 2003 to 2005, Tajik control of the army makes ethnic strife almost inevitable. “I believe the elements of a civil war are in play,” says Mason.

Matthew Hoh, who recently resigned as the chief U.S. civil officer in Zabul Province, warns that tension between Pashtuns and the Tajik-led alliance that dominates the Karzai government, is “already bad now,” and unless the Obama administration figures out how to solve it, “we could see a return to the civil war of the 1990s.”

It was the bitter civil war between the Tajik-based Northern Alliance and the Pashtun-based Taliban that savaged Kabul and led to the eventual triumph of the Taliban.

Obama’s escalation will target the Pashtun provinces of Helmand and Khandahar. The Soviets followed a similar strategy and ended up stirring up a hornet’s nest that led to the creation of the Taliban. U.S. troops will soon discover the meaning of the old Pashtun axiom: “Me against my brothers; me and my brothers against our cousins; me, my brothers and my cousins against everyone.”

Afghanistan has never had a centralized government or a large standing army, two of the Obama Administration’s major goals. Instead it has been ruled by localized extended families, clans, and tribes, what Hoh calls a government of “valleyism.” Attempts to impose the rule of Kabul on the rest of the country have always failed.

“History has demonstrated that Afghans will resist outside interference, and political authority is most often driven bottom-up by collective local consent rather than top-down through oppressive central control,” says Lawrence Sellin, a U.S. Army Reserve colonel and veteran of the Afghan and Iraq wars. “It is absolutely clear that the path to peace in Afghanistan is through balance of power, not hegemony.”

Yet a powerful Tajik-controlled army at the beck and call of one of the most corrupt—and isolated — governments in the world has been doing exactly the opposite in the Pashtun areas. A Pashtun pushback is inevitable. According to Hoh and Mason, it has already begun.

The goal of a U.S. “partnership” with Pakistan is predicated on the assumption that both countries have a common “terrorist” enemy, but that is based on either willful ignorance or stunningly bad intelligence.

It is true that the Pakistan army is currently fighting the Taliban. But there are four Talibans in Pakistan, and their policies toward the Islamabad government range from hostile, to neutral, to friendly.

Pakistan’s army has locked horns in South Waziristan with the Mehsud Taliban, the Taliban group that was recently driven out of the Swat Valley and that has launched a bombing campaign throughout the Punjab.

Washington wants Pakistan to go after the Afghan Taliban, led by Mullah Omar and based in Pakistan. But Omar has refused to lend any support to the Mehsud Taliban. “We are fighting the occupation forces in Afghanistan. We do not have any policy whatsoever to interfere in the matters of any other country,” says Taliban spokesperson Qari Yousaf Ahmedi. “U.S. and other forces have attacked our land and our war is only against them. What is happening in Pakistan is none of our business.”

The charge that the Taliban would allow al-Qaeda to operate from Afghanistan once again is unsupported by anything the followers of Mullah Omar have said. Gulbuddin Hekmatyer, a former U.S. ally against the Soviets and the current leader of the Taliban-allied Hizb-I-Islam insurgent group, told Al-Jazeera, “The Taliban government came to an end in Afghanistan due to the wrong strategy of al-Qaeda,” reflecting the distance Mullah Omar has tried to put between the Afghan Taliban and Osama bin Laden’s organization.

The “other” forces Ahmed refers to include members of the Indo-Tibetan Border Patrol, an Indian paramilitary group defending New Delhi’s road-building efforts in southern Afghanistan. The Pakistanis, who have fought three wars with India — including the 1999 Kargil incident that came very close to a nuclear exchange — are deeply uneasy about growing Indian involvement in Afghanistan, and consider the Karzai government too close to New Delhi.

In short, Obama’s “partnership” would have the Pakistanis pick a fight with all four wings of the Taliban, including one that pledges to remove India’s troops. President Obama did not explain why the Pakistanis should destabilize their own country, drain their financial reserves, and act contrary to their strategic interests vis-à-vis India.

Will the escalation have an impact on “vital American interests?” Certainly, but most of the consequences will be negative.

Instead of demonstrating to the international community that the United States is stepping away from the Bush administration’s use of force, the escalation will do the opposite.

Instead of bringing our allies closer together, the escalation will sharpen tensions between Pakistan and India — the latter strongly supports the surge of U.S. troops — and pressure the North Atlantic Treaty Organization to scrape together yet more troops for a war that is deeply unpopular in Europe.

Instead of controlling “terrorism,” the escalation will be the recruiting sergeant for such organizations, particularly in the Middle East, where the administration’s show of “resolve” on Afghanistan is contrasted with its abandonment of any “resolve” to resist Israeli settlements in the Occupied Territories.

And finally, the deployment will cost at least $30 billion a year on top of the $70 billion the United States is shelling out to support its current force of 81,000 troops. In the meantime, the administration is too starved for cash to launch a badly needed jobs program at home.

And keep in mind that the president said such a July 2011 withdrawal would be based on “conditions on the ground,” a caveat big enough to drive a tank through.

“More soldiers is simply going to mean more deaths,” says Gennady Zaitsev, a former commander of an elite Soviet commando unit in Afghanistan. “U.S. and British citizens are going to ask, quite rightly, ‘Why are our sons dying?’ And the answer will be ‘To keep Hamid Karzai in power.’ I don’t think that will satisfy them.”

Looking back at years of blood and defeat, General Rodionov put his finger on the fundamental flaw in Obama’s escalation: “They [the U.S. and its allies] have to understand that there is no way for them to succeed militarily…It is a political problem which we utterly failed to grasp with our military mindset.”

That misunderstanding could become the epitaph for a presidency.