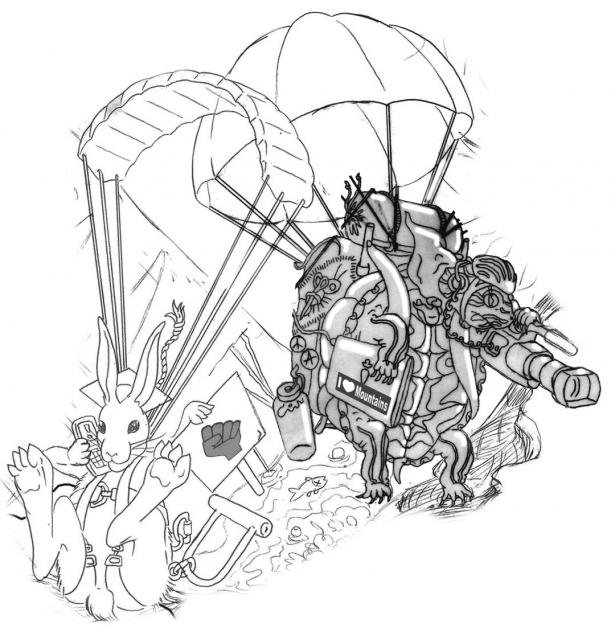 The Art of Extraction 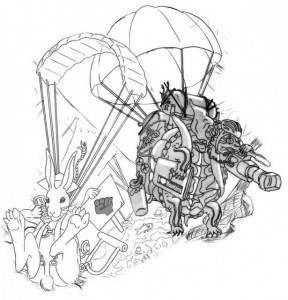 The teacher assembles a collection of chocolate-chip cookies and toothpicks. This is how the elementary school children are supposed to learn about the costs associated with coal mining. Each cookie is a mining property. The students each receive $19 in play money, which they use to buy these properties. They examine the cookies closely to determine which ones to buy. They map their cookies. They buy mining equipment in the form of paperclips and toothpicks. Each minute spent extracting a chocolate chip costs $1. The chips that they do not surreptitiously eat can be sold for $2 apiece. When they are finished, the students must restore their property to its original condition using only their tools, a process that also costs money. Only after this labor can they determine their profits — and the costs of the mining process.

At first blush, this classroom exercise seems innocent enough. What better way to convey the importance of coal in young minds than to associate the black gold with chocolate chips, perhaps the most valuable commodity elementary school children can imagine.

The exercise becomes considerably less innocent when you learn that it’s part of a series of lesson plans that the American Coal Foundation, an industry organization, distributes to schools.

It becomes even less innocent through juxtaposition in poet Mark Nowak’s powerful new book Coal Mountain Elementary. Nowak places these lesson plans next to two other sources: news accounts of coal mining accidents in China and excerpts from the verbatim testimony of miners, rescue workers, and families connected to the Sago, West Virginia mine disaster of January 2006. These are the true costs of coal mining, measured not in swallowed chocolate chips but in human lives.

“This American Coal Foundation, supported by Big Coal, proposed to tell the nation about coal and coal mining,” Mark Nowak said recently in a presentation sponsored by Split This Rock and the Institute for Policy Studies. “They produced lesson plans for teachers to teach students about mining. These plans never mentioned unions. Never mentioned anything environmental. Never mentioned deaths.”

Together with the graphic artists and activists in the Beehive Collective, Mark Nowak is committed to revealing the true costs of coal mining. His words and the Collective’s images strip away the benign picture propagated by the extraction industry and reveal the real dirt underneath.

Coal mining kills miners — in accidents or through debilitating diseases like black lung. But the costs must also be calculated in terms of what we do to our air, land, and water. Mountain-top mining in the southern Appalachians, for instance, has turned 400,000 acres of forested mountains in the eastern United States into lunar landscapes.

The Beehive Collective, a group of graphic artists who have worked together since 2000, wants to rip the top off mountaintop removal. In their graphic The True Cost of Coal: Mountaintop Removal and the Fight for Our Future, the Collective has created a vast panorama that begins and ends with harmonious nature: animals playing musical instruments, working collaboratively, and respecting the environment. In between, however, is a disaster. Earth-moving machines tear the top off a mountain to extract the coal underneath. Plumes of exhaust dirty the atmosphere. Runoff poisons the water. Crass consumerism chokes the city. The graphic, which stretches about eight feet across and four feet high in its banner form, suggests that we can restore the state of nature that existed before mountaintop removal — and humanity’s other predatory acts — if we reconnect to the land.

It’s a vision of heaven and hell worthy of a medieval painter. Indeed, with their monumental black-and-white works, the Collective has updated the art of the triptych. Like Hieronymus Bosch’s The Garden of Earthly Delights, the coal graphic is crammed with imagery that requires careful scrutiny and an accompanying guide to decode the symbolic content. It offers a three-part narrative of paradise, temptation, and damnation. And it is infused with a moral fervor that confronts the viewer with stark choices about how to live one’s life.

Unlike Bosch, though, the Collective views their work as a collaborative project. “We find out in a research trip what would be the most useful things to put in a graphic for community organizations,” says Brandon B. “Twelve to 20 bees work on the graphic. The people in communities are also collaborators. We continue the process of bouncing ideas off communities – to be as effective as we can be. Also, all our graphics are anti-copyright. They’re black and white so that they can be reproduced as much as possible.”

The graphics are black-and-white, but the overall message, because of the often messy complexity of the picture, has some interesting gray areas. Consider the representation of activists in The True Cost of Coal. Anti-coal mining activists have flocked to Appalachia to protest the despoliation of communities and nature. The Beehive Collective has represented these activists as rabbits and turtles, both parachuting in from the outside. The rabbit wears a mortar board from college graduation and is equipped for direct action. The turtle comes from an anarchist media outfit. One might be a little too quick to leap into action; the other might retreat into its shell and miss the bigger picture. However we decide to run the race, the Collective suggests, we must be aware of the consequences of our actions.

The True Cost of Coal is only one of the many works produced by the Beehive Collective. It has tackled free trade, Plan Colombia, and biotechnology. And the Bees travel widely as part of their efforts to take art to the people and make art with people. Their art is made in public, for the public, and, at least in part, by the public. The mountaintop graphic was commissioned by Provisions Library as part of its series of public works entitled Brushfire.

Mark Nowak is also committed to bringing his art into the world at large. He has recently returned from conducting poetry workshops with workers in South Africa. Usually he does two-hour workshops. But the response from the South African union was overwhelmingly enthusiastic: They signed him up to do two eight-hour workshops.

At his blog, Nowak continues his effort to shine more light on mine disasters. The blog entries record the daily toll in lives at coal mining accidents around the world. “People come to the site looking for more information about a disaster in their community,” Nowak says. “Then they see that there are other accidents in the world. It gets people to think, to rescale from the local and national frame to a more global framework.”