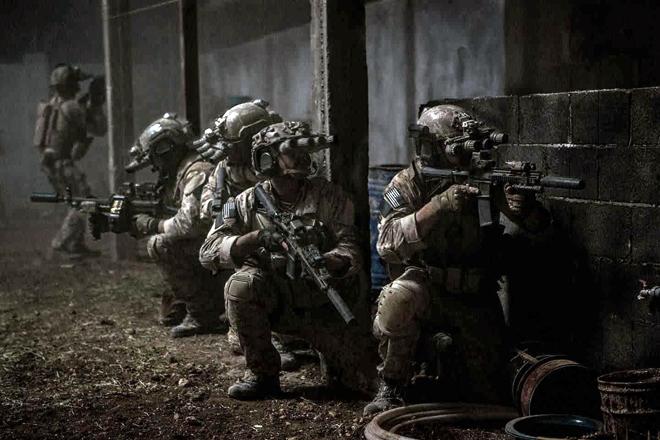 The Banal Militarism of Hollywood

Appealing to jingoism is certainly easier than prompting national introspection, but is priming an audience for blood what we call art today?
By Fouad Pervez | February 26, 2013 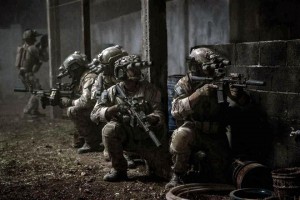 The latest Academy Awards ceremony, which crowned the well-intentioned but fatally flawed Argo as the year’s best film, merely formalized the nearly universal acclaim that director Ben Affleck has received for his gripping CIA drama set in Iran. It also said a lot about what’s wrong with Hollywood today.

Indeed, the Oscars this year seemed to exhibit more American exceptionalism and less diversity than previous years. Just 10 years ago, filmmaker Michael Moore used his acceptance speech to slam the recently launched Iraq war, issuing a prescient warning that was widely criticized for its political content but notable for its inclusion. This year, we had Argo, Zero Dark Thirty, and a military entourage for the first lady. We also had very few brown faces, and no mention of anything happening in the world outside of Hollywood.

Hollywood may be returning to making “serious movies,” but the scope of that seriousness still only extends to mostly white American characters. Argo’s main shortcoming was its poor job contextualizing the situation in Iran in the 1970s. It also followed the Hollywood trend, frequently rewarded, of humanizing Americans while dehumanizing everyone else. Nearly every Iranian in Argo resembled a religious fanatic, and there was minimal effort to explain the source of Iranian rage—in this case, the imposition of a U.S.-backed tyrannical dictator. Given the strong beltway lobby for war with Iran, this caricature is not helpful.

One could argue that it isn’t Hollywood’s job to provide such context, but this misses the reality of the society we live in. The arts serve as a form of cultural diplomacy and fill in gaps in public understanding left by journalism. In an age when foreign news bureaus have been decimated, news research budgets slashed, and local stringers and fly-in celebrity journalists comprise “world news” in America, Hollywood could genuinely enhance the public discourse by giving life to regions of the world most Americans know little about. Instead, films like Argo and Zero Dark Thirty opted to serve as PR arms for the Pentagon and CIA.

Instead of a critical examination of controversial issues like war, drone strikes, and torture, we get what David Sirota calls the “Military Entertainment Complex,” whereby the government essentially lobbies Hollywood to serve as its mouthpiece.

There are exceptions—particularly in the Best Documentary category, year after year—but those mostly prove the rule. Argo gave us CIA talking points on Iran, missing most of the information from 1953-79, and even minimizing Canada’s role in the operation. Zero Dark Thirty gave us a Pentagon/CIA/White House-backed film with false information on torture. The artists and their studios opted to provide minimal humanization of any non-American characters. You feel horror at seeing the children during the violent raid scene in Zero Dark Thirty, but because you have no previous connection to them, it’s not exactly empathy. Finally, both films are passed as true stories. But while each makes use of historical facts, they play with context to manipulate the audience into a pro-American froth.

Appealing to jingoism is certainly easier than prompting national introspection, but is priming an audience for blood what we call art today? It doesn’t mean we need anti-American films, or films that downplay whatever real threats might be posed by Iran or international terrorists. But when dealing with contentious and critical global issues in films, one would think understanding perspectives other than our own, even for limited moments, would be crucial to both artistic integrity and public discourse.

Fouad PervezFouad Pervez is a contributor to Foreign Policy in Focus, where he writes on international politics, economics, and security. He is currently pursuing his PhD in International Relations. Fouad is a writer and policy analyst, and founded the blog and talk show There is No Spoon. He can be reached at fouad0@gmail.com.