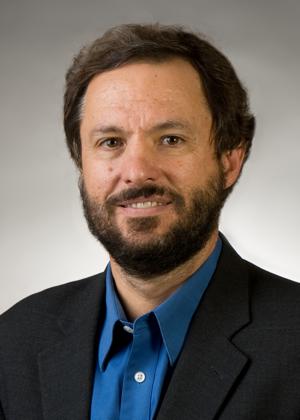 Did an FPIF columnist convince Barack Obama to oppose the Iraq war?
By Stephen Zunes | September 11, 2012 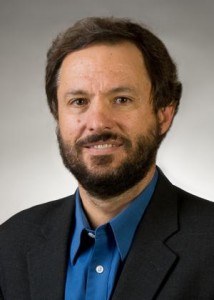 Ten years ago, I wrote a series of articles for the Foreign Policy in Focus website in which I put forth a series of arguments against the Bush administration’s push for a U.S. invasion of Iraq prior to the fateful congressional vote authorizing the illegal, unnecessary, and ultimately disastrous war. At the request of the editors of The Nation – the oldest continually published weekly magazine in the United States – I wrote a version entitled “The Case Against War,” which appeared on their website September 12, 2002 and as the cover story of the September 30 issue. It became one of the most widely circulated articles in the magazine’s 147-year old history. Every congressional office received multiple copies.

In the articles, I correctly predicted that an invasion would result in sectarian violence, terrorism, Islamist extremism, and a bloody counterinsurgency war that would be the most elaborate and expensive deployment of U.S. forces since the Second World War.

Specifically, I noted that, “Although most Iraqis would presumably be relieved in the event of Saddam Hussein’s ouster, this does not mean that a regime installed by a Western army would be welcomed.” I expressed concern about U.S. occupation forces becoming bogged down in “a bloody counter-insurgency war” with “bitter, house-to-house fighting” and challenged by competing armed Sunni and Shiite factions.

The article also stressed the illegality of the invasion and the problems that would result from the lack of international support. I challenged the administration’s false claims of Iraqi ties to Al-Qaeda and its exaggerated reports of Iraq’s role in international terrorism. I noted how containment had been successful, explaining that Iraq’s economy had collapsed from sanctions and Iraq’s military capabilities were only a fraction of what they had once been. I argued that an invasion would result in a dramatic increase in anti-Americanism and extremism throughout the region and damage the struggle against Al-Qaeda.

(Ironically, editors at both FPIF and The Nation insisted that I omit, tone down, or qualify sections in which I questioned the Bush administration’s insistence that the Iraqi regime had somehow reconstituted its WMD programs, and instead focus on how there was an adequate deterrent against any possible Iraq threat.)

Just three weeks after the article’s publication in The Nation, the resolution authorizing the war passed by overwhelming bipartisan majorities (297-133 in the House and 77-23 in the Senate). The resolution falsely claimed that Iraq “poses a continuing threat to the national security of the United States by…continuing to possess and develop a significant chemical and biological weapons capability, actively seeking a nuclear weapons capability, and supporting and harboring terrorist organizations.”

A number of congressional staffers for leading Senate Democrats who supported the war resolution acknowledged that they read the article and passed it on to their bosses, but that the senators found the Bush administration’s arguments to have somehow been more credible. Despite efforts by some of the more liberal members of Congress, I have never been called to testify at any congressional hearings dealing with Iraq or other Middle Eastern issues. Indeed, despite being correct in my assessments in the article and despite having a respectable academic record on Middle Eastern affairs, there is little interest on Capitol Hill in my input; to this day, when I contact congressional offices, I can rarely get beyond the twenty-somethings who answer the phone.

One Democratic politician who apparently did take the article seriously was a then little-known Illinois state senator named Barack Obama, who appears to have borrowed a number of the key talking points for a speech he gave at an anti-war rally in Chicago a couple weeks after it was published. Obama noted that “Saddam poses no imminent and direct threat to the United States, or to his neighbors, that the Iraqi economy is in shambles, that the Iraqi military is a fraction of its former strength, and that in concert with the international community he can be contained,” adding that an invasion of Iraq “will require a U.S. occupation of undetermined length, at undetermined cost, with undetermined consequences.” He went on to note that “an invasion of Iraq without a clear rationale and without strong international support will only fan the flames of the Middle East” and strengthen al-Qaeda.

During his 2008 campaign for the Democratic presidential nomination, Obama’s campaign highlighted that speech in an effort to set him apart from Hillary Clinton’s whole-hearted embrace of the Bush administration’s rationales for the war during that period. Given the overwhelming opposition to the Iraq War by Democratic voters, this dramatic contrast between the two rivals in the close and hard-fought campaign was likely decisive in making possible Obama’s victory.

This is certainly not the first time a major story in Foreign Policy in Focus or The Nation was on target yet still ignored by policy makers, but few decisions by Congress have had such disastrous results. Also troubling is the refusal by members of Congress who voted to authorize the war to acknowledge that they had ample opportunity to recognize the lies used to justify the war and the likely consequences of the invasion.

And, despite Obama’s apparent acceptance of the article’s main points and his 2008 campaign promise to “end the mindset that led to the war in Iraq,” he ended up appointing supporters of the Iraq War to the key national security positions in his administration, including his vice president and chief of staff, as well as his secretaries of defense, state, and homeland security.

With such lack of accountability, the threat of future foreign policy disasters remains.