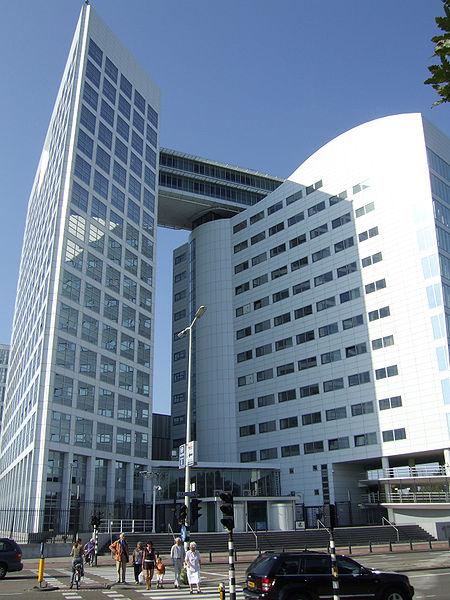 The Court of Last Resort

The United States has a chance to bring war criminals to justice -- if it supports the International Criminal Court at the upcoming review conference in Kampala.
By Don Kraus | May 30, 2010

In 2003, rebels went on a killing spree in a village in the Democratic Republic of Congo (DRC). They imprisoned survivors in rooms filled with corpses and made women and girls sex slaves. In other towns they conscripted children into their rebel forces, turning 12-year-olds into killing machines. The man responsible for these terrible crimes, Germain Katanga, is one of fourteen criminals on the “most wanted” list of the International Criminal Court (ICC). The ICC is the world’s only permanent tribunal that tries individuals accused of the worst violations of genocide, war crimes, and crimes against humanity.

The ICC steps in when national courts are destroyed, unable to handle the case, or are deliberately shielding the accused from justice. It takes on cases like Katanga’s because the DRC government was unable to prosecute the Congolese warlord when years of civil war left the country’s justice system in ruins. Although Katanga’s crimes are horrific, he is not the worst of the criminals prosecuted by the ICC. The Court reaches higher, indicting high-profile figures like sitting Sudanese President Omar Al-Bashir, who is being charged for the terrible crimes he committed against his own people in Darfur, including murder, extermination, and rape.

On May 31 the United States will send a delegation to a decisive Review Conference on the ICC in Kampala, Uganda that will shape the Court’s future. The 111 nations that have agreed to the ICC’s treaty, the Rome Statute, will attempt to reach a consensus on how the “crime of aggression” is defined and determined. They will decide whether the ICC will follow the footsteps of the Nuremberg trials in prosecuting leaders who instigate and engage in unjustified armed conflict between states. The United States will participate as a very vocal observer, along with other “non-state parties” like China, Russia, and Israel.

How the United States acts in Kampala matters. The U.S. policy toward the ICC has been shifting ever since President Clinton signed the Rome Statute in 2000. In 2002 the Bush administration turned its back on the Court when then-Under Secretary of State John Bolton “unsigned” the Rome Statute, stating that U.S. policy would aim for the ICC to “wither and collapse.” Yet as the ICC grew, the Bush administration warmed up to the Court. In 2005 it allowed the U.N. Security Council to refer the atrocities in Darfur to the ICC.

Moving forward there are three actions the United States should take in Kampala to maintain the leadership it has provided in seeking justice for the victims of the world’s worst atrocities.

Finally, the United States should reinstate its signature to the Rome Statute before or during Kampala. This would mark a renewed U.S. relationship with the Court. It would remove international suspicion of American hostility toward the Court and improve the U.S negotiating position.

The ICC is in the early period of its existence. No longer theoretical, it is now a functioning court and subject to influence by participating states. At this key moment, U.S. support and activity can have a great impact on its development. The ICC carries forward the U.S. mission to provide justice and recourse for victims of brutal oppression. It spreads democracy, rule of law, human rights, and justice by helping member nations reform their laws and judicial systems to meet these standards.

The Kampala talks are an opportunity for the United States to provide leadership and affirm its commitment to justice. If the United States deepens its involvement with the Court, it will directly support international efforts to end violence against innocent people and bring justice to millions of victims. Without such support, the future of the Court may remain uncertain, and notorious international criminals like Germain Katanga will continue evade justice.

Don Kraus is CEO of the national membership organization Citizens for Global Solutions, chair of the Washington Working Group on the International Criminal Court, and a contributor to Foreign Policy In Focus.