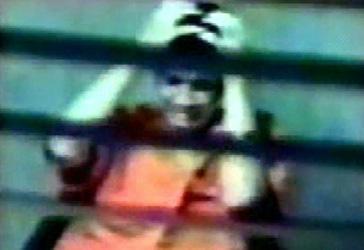 The Curious Case of Omar Khadr

Is a teenager throwing a grenade at a soldier a terrorist or a reluctant combatant?
By M. Junaid Levesque-Alam | August 9, 2010 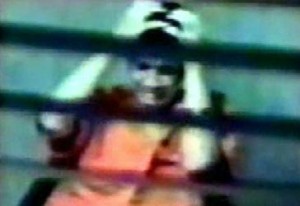 As a child, I sometimes browsed magazines in my doctor’s waiting room. One day while flipping through the pages I came across a photograph of a beaming young woman enjoying a picturesque view of a meadow. Underneath the photo in a small box was a message in black and white — issued, I thought, by a general who performed surgery in his spare time:

I didn’t grasp the meaning of all the words, but I knew enough of them, and I knew that smoking was unhealthy. I stared, slack-jawed, at the incongruity. Clearly, someone important knew that smoking was harmful. I couldn’t understand why, then, anyone would allow a company to advertise it; why my doctor would allow it in his office; or why the woman was smiling so broadly if she was destined to give birth to injured babies.

I remember sensing for the first time that my world — that is, the set of rules sternly imposed by adults — was not necessarily sound. In fact, it could be starkly irrational.

That same feeling washed over me again recently as I read the latest developments in the case of Omar Khadr. At first, I had no idea who Omar Khadr was; my eyes tend to gloss over news about the serpentine legal maneuvering surrounding the Guantánamo Bay detention camp.

But as I skimmed the article, I couldn’t help but be struck by the details: a young man who had allegedly hurled a grenade during a U.S. raid in Afghanistan when he was 15 years old has been held in Guantánamo for the past eight years, treated as a terrorist, tried in a war crimes court, and charged with murder for the death of a soldier who died in the assault.

The latest news was that Khadr rejected a plea deal, under which he would have served five more years on a commuted 30-year-sentence. (He denied the terms, he said, because it would “give an excuse to the government for torturing me and abusing me as a child.”)

Searching for commentary on his case, I found the allegations of torture and abuse, news that an American military interrogator confessed to threatening him with gang-rape, questions about the interrogation process, musings about his age and his guilt, and a battery of judicial shenanigans.

Here is what I did not find: recognition that charging a 15-year-old with “terrorism” in a “war crimes” court for killing a soldier on the battlefield surpasses all bounds of absurdity.

Khadr as a “Terrorist”

It seemed as though I had been transported back to my childhood, back to my doctor’s office, staring at that handsome and harrowing full-page advertisement. But in this case, I found no surgeon general’s warning. There was no grudging, bottom-of-the-page recognition that, yes, something is wrong with this picture.

It is true that wartime has always seen — if not facilitated — the manipulation of terms such as “terror.” Like artillery shot straight up into the air, straight language serves no military purpose. And like the trajectory of real artillery, language is bent and arced to conform to the demands of violence. What else could explain the gilding of an invasion as “Operation Enduring Freedom” or the garlanding of torture as “enhanced interrogation”?

Such verbal legerdemain, of course, comes at a cost to clarity and self-honesty. When the United States describes Omar Khadr as a terrorist, it debases itself, makes a mockery of any honest definition of the term, and robs the word of any moral force — indeed, of any meaning at all.

According to U.S. Code, terrorism is “premeditated, politically motivated violence perpetrated against noncombatant targets by subnational groups or clandestine agents.” That is certainly terrorism as most people understand it: an act of violence directed at civilians with the aim of creating terror.

There are broader definitions of terrorism, such as this one proffered by the Department of Defense: “The calculated use of unlawful violence or threat of unlawful violence to inculcate fear; intended to coerce or to intimidate governments or societies in the pursuit of goals that are generally political, religious, or ideological.”

Such an expansive description is elastic enough to stretch around almost any act of violence. If a boy tosses a grenade at an occupying soldier, is he trying to “intimidate governments or societies” — or is he simply resisting someone else’s attempt to do so?

Khadr, if guilty, is no more a “terrorist” than any soldier in any war who has killed another soldier. Indeed, as the 15-year-old son of a radical extremist, he did not likely made a conscious decision to participate in a war into which he was doubtless conscripted.

At a time when the United States is trying to court elements of the Taliban insurgency —the same group that has ruthlessly killed civilians — the prosecution of a child who was surely exploited by militants and mistreated by interrogators, and who less surely tossed a grenade in regular combat, stands out as an egregious example of cruel political theater.