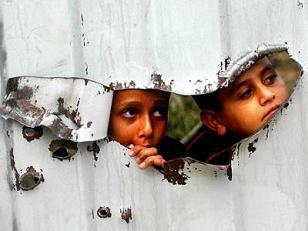 The Depths of Malaise in Palestine

Two recent polls find that Palestinians are drifting towards Hamas and are more willing to engage in violent resistance to free themselves of occupation.
By Daniel DePetris | February 12, 2013 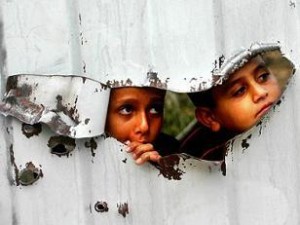 When talking about peace in Israel-Palestine, it is easy to narrow the conversation to the leaders who are responsible for making it. Over the past few years, there have been numerous profiles in newspapers and profiles in magazines attempting to document the two men who are supposed to make the effort—Israeli Prime Minister Benjamin Netanyahu and Palestinian Authority President Mahmoud Abbas.

Delving into the lives and minds of world leaders is an undoubtedly helpful, exciting, and informative way to find answers, but a conflict as multifaceted and complicated as the Israeli-Palestinian dispute cannot be fully explained without taking into account the opinions of the ordinary people who live the reality every single day. Millions of Israelis and Palestinians on both sides of the green line have had their voices drowned out by the very politicians, lawmakers, and personalities who purport to represent them.

The result is a host of unanswered questions. What does the average Israeli or Palestinian think about the chances for a lasting and comprehensive peace agreement? What types of concessions need to be given for a deal to be struck? Do Israelis have the political courage to sacrifice on settlements and Jerusalem so the conflict can finally be resolved? Can the Palestinians negotiate in good faith?

Luckily, polling organizations in Israel and Palestine have spent years trying to answer these very questions, often working together and sharing their resources during the hunt.

Two of the latest polls, one from the Jerusalem Media and Communications Center (JMCC) and the other from the Palestinian Center for Policy and Survey Research (PCPSR), are particularly telling. Unlike other surveys that confirm what most in the international community already think, the results of these polls are unprecedented, revealing a stark and disturbing malaise in the Palestinian territories.

The message is clear: frustration with the conflict is at a high point, the two-state solution is steadily losing credibility in the eyes of the people, and ordinary citizens in the Holy Land are starting to wonder whether a settlement can be achieved without another round of bloodshed.

When asked by the PSPSR whether Mahmoud Abbas’s policy of peace talks or armed resistance by Hamas is the best way to achieve a Palestinian state, an alarming 60 percent of Palestinians surveyed threw in their lot with armed resistance (compared to 28 percent who favored negotiations). With the eight-day Israel-Hamas war having ended with a ceasefire that many view as a victory for the Islamist group, Hamas Prime Minister Ismail Haniyeh finds his popularity having soared. Forty-eight percent of Palestinians say that they would rather pick Haniyeh as Palestine’s next president instead of Abbas, who has struggled to secure the freedom of movement and self-determination that so many Palestinians once expected from his government.

The JMCC issued similar findings. By far the most disturbing figure in the poll is the exponential rise in support among the Palestinian public for armed operations against Israel—50.9 percent now view attacking Israeli positions in the current climate as a credible way to express their grievances and pressure the Israeli government to compromise. This is a 20-percent increase from the previous year.

The numbers can perhaps best be summarized by Ali Najjar, an 18-year-old Palestinian who lives in a refugee camp. “In my view,” he said, “what was taken by force will only be returned by force. Twenty years after Oslo, we haven’t gained one inch of Palestine.”

Many young Palestinians agree. Indeed, the words summarize the how dire the situation has become for an entire generation of Palestinians, most of whom are too young to remember the signing of the Oslo Accords in 1993. Most have not seen any benefit from peace agreements or negotiations, and all of them have grown tired of the settlement construction in the West Bank, the killing of Palestinian civilians, and the internal fighting among Palestinian politicians that never seems to dissipate.

One cannot blame Palestinian civilians for feeling this way. The previous year was a terrible one for Abbas and his government. Settlement tenders and approvals in the West Bank rose to such an extent that the anti-settlement organization Peace Now named 2012 “the year of the settlement,” with the Ministry of Defense authorizing an additional 6,000 housing units and Netanyahu pushing for the construction of 11,000 homes in the month of December alone.

The lack of economic support from donor nations and the restrictions that impede the Palestinian economy from functioning at anywhere near its full potential have also made for a deadly cocktail for Abbas’ Palestinian Authority. Combined with the occasional holding of Palestinian tax revenue by the Israelis, the PA is finding it incredibly difficult to pay the tens of thousands of employees on its payroll.

The recent Israeli parliamentary elections perhaps best illustrate where the Palestinian issue is today: at the bottom of the barrel. Israeli politicians chose to focus their campaigning on social and economic issues, from the price of housing and cost of living to whether religious students should be drafted into the Israeli military like everyone else. The only Israeli candidate who spoke about the need to reengage the Palestinians in peace talks was the former foreign minister Tzipi Livni, whose party failed to reach double-digits in the incoming parliament.

The overall message is depressingly familiar to Palestinians: creating a Palestinian state in the West Bank, Gaza Strip, and East Jerusalem is simply not on the list of priorities for Israel at the current time. And the Palestinian Authority is proving itself to be an increasingly fragile governing body without the constant generosity of foreign countries; it’s an institution that cannot adequately care for its people, let alone its employees who go months without pay. The average Palestinian is losing hope that peace is possible in his or her lifetime. Palestinian leaders may speak of ending the occupation, but for those who live under it, the occupation is so ingrained that escaping it has become a violation of the normal.

Some may take the more militant attitudes of Palestinians as confirmation that Israel does not have a partner for peace. Yet those attitudes can also be viewed differently: without a renewed effort at peacemaking, however frustrating and difficult it will be, the conflict will reach a nadir where searching for a peace partner will be irrelevant.

Daniel DePetrisDaniel R. DePetris is an independent researcher and a contributor to FPIF.