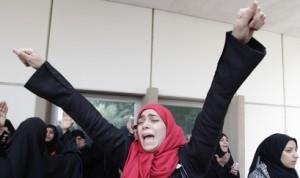 The Economics of the Arab Spring

Economic grievances are galvanizing the Arab street to attempt to redraw the political landscape
By Richard Javad Heydarian | April 21, 2011

There’s no doubt the ongoing Middle Eastern revolutions make ample use of democratic slogans, encouraged by the civic spirit of millions that have marched for liberty and equality. Though many factors are contributing to the historic changes that are sweeping across the region, a combination of decades of aggressive economic liberalization and political repression has played a crucial role in mobilizing the masses against the hand of autocracy.

The overthrow of Arab despots is more a function of gross economic mismanagement and brutal political centralization than an inevitable result of some Hegelian unfolding of the motions of history. Economic grievances — including massive unemployment, unreasonable levels of inequality, and a huge youth bulge in many Arab countries — are galvanizing the Arab street to attempt to redraw the political landscape.

But Iran’s standoff with the West and fears of another oil shock are tempering Western support for democratic protests in certain strategic countries, complicating U.S. foreign policy in the region.

Revolutions rarely happen in stagnant, destitute countries. Recent history shows that revolutions are most likely to occur in countries that either experience a long period of unprecedented economic growth not accompanied by political reform or that undergo a sudden economic crisis following a sustained period of economic expansion. In the context of rising expectations and relative deprivation, the masses — mobilized by opposition forces — gradually withdraw their support of the regime, step outside their comfort zones, and increasingly embrace the opportunities and challenges of revolutionary upheavals.

After the 1997 East Asian financial crisis, food riots and anti-government protests hit a number of autocratic regimes in the region. In Indonesia the economic crisis severely compromised the legitimacy of the Suharto regime. Many were fed up with the repressive regime, and the autocracy’s inability to provide economic security led to widespread riots, democratic protests, and the eventual collapse of the 30-year old “New Order.” In the Middle East, the 1979 Iranian revolution followed a similar track. After two decades of impressive economic growth, Muhammad Reza Shah’s unwillingness to introduce meaningful political reforms — including changing the country’s government to a constitutional monarchy by establishing an independent legislature — caught up with him. Coupled with growing economic inequality, an urban-rural schism, and unprecedented inflationary pressures — as a result of massive injections of petrodollar revenues into the domestic economy — pushed a restive population to the brink.

The Arab Spring is arguably running along a similar pattern. The debt crisis in the 1980s served as an opportunity for international financial institutions (IFIs) to impose sweeping economic restructuring — in the form of Structural Adjustment Programs (SAPs) — to many state-dominated economies in the Global South, including throughout the Middle East. The destructive eight-year Iran-Iraq war, a reduction in oil revenues, bloated bureaucracies, high levels of debt, and balance-of-payment crises pushed many countries in the region to undergo IFI-prescribed economic liberalization. The result was massive reductions in state subsidies, unprecedented levels of privatization, readjustments in trade patterns, and the transformation of the state from a paternalistic, welfare-oriented model into a regulatory-minimalist entity.

But unlike countries in Latin America, East Asia, and Sub-Saharan Africa, the Middle East did not experience political reform after decades of economic liberalization. Instead, Arab autocrats used economic liberalization as an opportunity to transfer welfare responsibilities to the private sector, establish new patterns of patronage by favoring selected clients during bidding processes and privatization schemes, and enrich their military allies by granting them access to major businesses and investments. The product was crony capitalism: high levels of corruption, poor state services, and absence of a decisive and developmental state.

In the last three decades, Ben Ali in Tunisia and Anwar Sadat and Hosni Mubarak in Egypt abandoned the more egalitarian and welfare-oriented policies of their predecessors in favor of economic opening and deregulation. The IMF and World Bank have touted Egypt and Tunisia’s economic reform as regional cases of globalization’s success. Both countries registered good scores on major economic liberalization and openness indexes. Both received good rankings in the 2009-10 Economic Competitiveness Index. Tunisia, ranked 32nd,placed above Lithuania, Brazil, and Turkey, while Egypt, ranked 70th, is higher than Greece and Croatia. In the KOF Globalization index, which rates the diffusion of government policies, Egypt and Tunisia rank 12th and 35th respectively. Egypt, considered one of the hottest emerging economies in the world, is part of the CIVETS (Colombia, Indonesia, Vietnam, Egypt, Turkey, South Africa), and Tunisia has been a leading Arab country in free trade and economic liberalization. The two countries have been the face of economic globalization in the Arab world.

But in reality, economic liberalization allowed Tunisian and Egyptian autocrats to institute a mafia-like system that allowed favored cliques to dominate the tourism, real estate, and banking sectors. In both Tunisia and Egypt, the minimalist-regulatory doctrine imposed by IFIs prevented the state from becoming a central player in implementing industrial-trade policies to foster sustained industrialization and economic growth. As a result, despite decades of impressive economic growth, a significant portion of the population is impoverished, and unemployment is sky-high. The absence of globally competitive industries meant that these countries were hugely dependent on sectors fraught with speculative practices, fraud, and uncertainty: real estate, banking, and tourism. Economic liberalization and regulatory capture (in which industries essentially control the state apparatus designed to regulate them) meant that the state had less budgetary and fiscal leverage to deal with sudden price rises in basic commodities. Due to rampant deregulation and openness, commodity prices in Tunisia and Egypt are increasingly determined by variables beyond national boundaries.

The Arab world has the highest level of unemployment in the world, and youth unemployment rates are astronomical — averaging over 23 percent in the region. Worse, 60 percent of the Arab world is under the age of 30. In Tunisia, Egypt Yemen, and potentially Jordan and Syria, the iron fists of repressive regimes were only able to postpone an inevitable political earthquake.

The recent global financial, food, and energy crises accentuated the failure of economic liberalization to adequately spread the region’s wealth. Significant declines in the tourism, financial, and real estate sectors due to the financial crisis crippled the few well-functioning economic engines. Because the region’s governments have little fiscal power — thanks to privatization, FDI-friendly tax-incentives, regulatory capture, and bureaucratic streamlining — and increasingly shied away from providing economic subsidies to benefit the populace, the food crisis over the last decade has pushed millions of people in food-importing Arab nations into abject poverty and hunger. Worsening matters, foreign aid from the developed world diminished as a result of the economic crisis.

The absence of democratic institutions in the Arab world prevented people from constructively airing their basic economic grievances. Faced with growing state brutality and deepening economic insecurity, more and more people joined the ranks of the anti-government protesters who eventually toppled Ben Ali and Mubarak. In Tunisia and Egypt, labor unions bridged the gap between the Facebook-friendly middleclass and the broader disenfranchised masses. Economic desperation served as the rallying cry around which all sectors and classes coalesced. Similar grievances are continuing to fuel protests across the Arab world.

Petropolitics and Democratization in the Persian Gulf

Unlike their resource-poor counterparts, oil-rich states in the Persian Gulf have so far been more adept at managing protests and calls for democratic reform. There are two major economic reasons for this: they enjoy substantial fiscal clout because of favorable oil prices in the last decade, and their strategic value — as major energy suppliers — to the West has muted the latter’s response to crackdowns on peaceful protests, most notably in Bahrain.

Flush with billions of petrodollars, many Gulf Cooperation Council (GCC) countries have doled out huge sums in order to stave off growing protests and appease basic economic grievances. In addition, the GCC has also helped its poorer members, Oman and Bahrain, use similar tactics by offering each of them $10 billion development package loans. With Libyan energy exports in tatters, and decreasing spare capacity in Saudi Arabia, many policymakers fear the possibility of another oil shock and a double-dip recession if the Arab Spring seriously affects supply in other major oil exporters. Poor countries dependent on remittances from migrant workers in the Middle East — like Nepal and the Philippines — could also suffer if revolutions upend the Persian Gulf status quo. Furthermore, Western views of Gulf protests are influenced by their desire for energy supplies — the stakes may simply be too high for Western countries to countenance upheaval in the Gulf.

Geopolitical factors — most notably Israeli security and the fear of unfriendly, radical groups gaining power — prevented the United States from immediately supporting calls for regime change in Egypt. In the Gulf, containment of Iran is the complicating geopolitical variable. Because many Gulf protesters are Shiite Muslims, the “Iran card” has been aggressively used by Arab monarchies to justify their brutal crackdowns. With the Saudi-led GCC intervention in Bahrain clearly targeted to stamp out any potential Iranian foothold, the Gulf Arab Spring is entering a dangerous stage. With key U.S. naval assets concentrated in the Gulf, Washington has been more reticent in condemning brutal attacks on protesters. U.S. ambiguity — despite some strongly worded criticisms of current crackdowns — has emboldened the GCC to viciously suppress genuine democratic demands by mainly Shia protesters in Bahrain. U.S. pressure was crucial in advancing democratic revolutions in Egypt and Tunisia, but Washington has been far from helpful for Gulf protesters. This has reinforced many protesters’ views of the United States as a staunch supporter of oppressive regimes rather than a democracy promoter. Thus, a combination of economic and geopolitical factors is preventing democratic reform in the Persian Gulf. Thanks to America’s regrettable passivity, democratic protests could increasingly turn anti-American due.

A Marshall Plan for the Middle East

If economic issues mobilized the masses against autocracies, they could also compromise the potential for smooth democratic transitions. Tunisia and Egypt are still suffering from the impact of the global economic downturn as well as the instability brought about by their respective revolution, leading to the possibility of a counter-revolution by reactionary forces. In Egypt, remnants of the National Democratic Party and the organizationally potent Muslim Brotherhood could easily outmaneuver their more liberal counterparts if the situation remains unstable. European countries across the Mediterranean are wary of a mass exodus of Arabs fleeing political repression. Furthermore, the United States has no desire to see extremist political actors gain influence in the region.

Ideally, richer Arab countries would be the primary source of assistance for poorer countries undergoing democratic transitions. Qatar’s creative foreign policy posture and influential Al Jazeera news network, for instance, have been very pro-active in supporting opposition forces in Libya and across the Arab world. But Al Jazeera has been notably silent on the turmoil in Bahrain. And the other rich Arab countries, autocracies with non-democratic agendas, are not likely to provide funds for new democratic movements.

The United States was pivotal in the reconstruction and democratic consolidation of Western Europe in the aftermath of the World War II. In the 1970s, Western Europe played a crucial role in the democratic transition of its southern neighbors — Greece, Portugal, and Spain. The same success story was repeated in much of Eastern Europe after the Berlin Wall fell in 1989. Similar constructive efforts by the international community are needed for the Arab uprisings of 2011 to succeed. The current upheaval in the Middle East represents an intersection of geopolitical interests, energy security, and democratic values for the West. Thus, there is plenty of reason for Washington and its allies to contemplate launching an Arab Marshall Plan. This might be the last and best opportunity for the West to facilitate the creation of another “island of peace” — a sympathetic democratic community in the much-troubled Arab world.