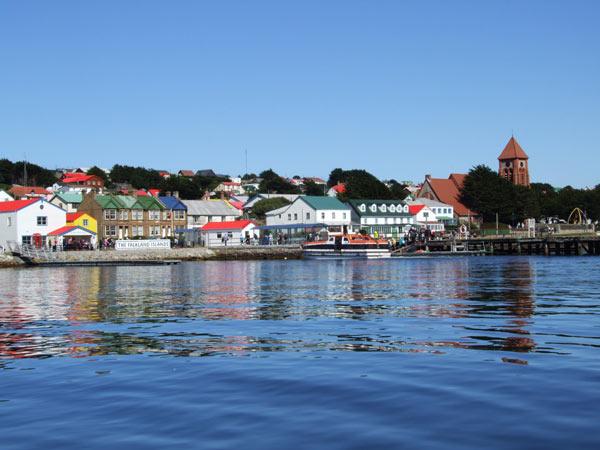 How will Washington and Latin American capitals respond to the Falklands referendum?
By W. Alex Sanchez | January 16, 2013 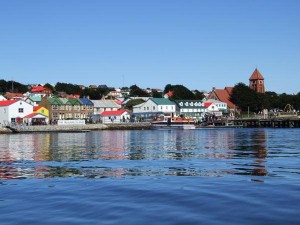 In March 2013, Falkland Islanders will vote on a territorial referendum concerning their relationship with London. The question that will be posed to the islands’ nearly 3,000 residents is straightforward: “Do you wish to remain a self-governing British Overseas Territory?”

Although only about a third of Falkanders identify as British, it is expected that the majority will vote to remain under British rule (since the islands never had an indigenous population, most of the inhabitants are of British descent). After the votes are tallied, London plans to send the results to the United Nations to demonstrate that the islanders are content with their current status. London’s goal is to gain support from the international community by insisting that the self-determination of the Falklanders is being respected.

This development has not pleased the government of Argentina, which claims the islands and fought a war in 1982 against the United Kingdom over them. In recent years, current Argentine President Cristina Fernandez de Kirchner has made a plethora of declarations that the islands rightfully belong to Buenos Aires. Buenos Aires accuses London of promoting neo-colonialism and militarizing the South Atlantic to control the disputed territories, known as Islas Malvinas by the Argentines. The Argentine government claims that the islands’ current inhabitants are “colonizers” who expelled the original Argentinian inhabitants in 1883. Hence, Buenos Aires argues that the referendum is invalid and has asked states not to send observers.

While the reactions of Buenos Aires and London to the referendum are predictable, it will be interesting to see how Latin American states, which generally support Argentina’s claim in the name of regional unity, and Washington, which has struggled to remain neutral, will respond.

View from the South

South American governments have repeatedly declared their support of Argentina’s claim to the Malvinas. For example, recently, Brazil reiterated its support for its neighbor during an October 2012 defense ministers’ summit. The Union of South American nations (UNASUR), which has all 12 South American states as members, has also planned to reject the referendum. In addition, in early 2012, Peru found itself in the uncomfortable position of denying a port call from the HMS Montrose, a British frigate that was attempting to dock in the port of Callao, as a way to showcase its solidarity with Argentina. Peru’s decision ended up being a minor political embarrassment for President Ollanta Humala and his administration, as opposition parties argued that Lima should not appease Buenos Aires at London’s expense.

Nevertheless, in spite of the diplomatic support it has received, Buenos Aires has clashed with other Latin American states over matters of trade and construction in recent years. A notable incident occurred between Argentina and Uruguay over a pulp mill on the Uruguay River, which borders both countries. Buenos Aires argued that the mill would cause irreparable harm to the environment while Montevideo argued that all of the necessary precautions would be implemented. The two countries ultimately sought a ruling from the International Court of Justice in The Hague. More recently, Argentina’s extremely protective economic posture has become a grievance for other countries. The government of Panama, for example, recently filed a complaint against Argentina in front of the World Trade Organization over “tax measures, company registrations, limits on sending benefits overseas, and financial services.”

It is important to highlight the mutual desire between London and many Latin American states—apart from Argentina—to increase relations, particularly commercial ties. The United Kingdom has targeted the region’s major economies, aiming to increase trade with Mexico to £4.2 billion by 2015 and promoting the sale of British military equipment to Brazil.

Britain’s interest in the region has been reciprocated. For example, despite the Montrose incident, Lima clearly wants to improve its trade ties with London. This desire was evident when Peru’s Finance Minister Luis Miguel Castilla went to London in April 2012 to convince British companies to invest in the Andean nation. His trip was part of a road show entitled “inPeru,” which included similar presentations by Peruvian businessmen.

Uruguay has proven an interesting case study in the sometimes-ambivalent regional initiatives taken over the Falklands. In late 2011, as a sign of solidarity with Buenos Aires, Montevideo passed a resolution banning ships waving the Falklands’ flag from docking in its ports. Nevertheless, the Uruguayan government has also stated that it supports trade with the islands and will not prevent its citizens from establishing business relations there. Montevideo’s tangled relations with Buenos Aires, London, and the islands themselves exemplify how even in South American states—even those that have been historically close to Argentina—are trying to find ways to balance relations in order to profit from trade with the United Kingdom and its territories.

The U.S. government has generally remained neutral on the Falkland Islands dispute, as Washington does not wish to create diplomatic rifts with either side. Nevertheless, the White House has been criticized in the past for taking any stance on the issue that isn’t explicitly pro-British, which is unsurprising considering the “special relationship” between Washington and London. For example, this past June the Organization of American States (OAS) passed a resolution calling for negotiations between Buenos Aires and London over the islands. Because the White House supported the resolution, conservative pundits complained that the United States was “undermining” Great Britain and claimed that U.S. President Barack Obama “has nothing but disdain for America’s closest friend and ally.”

Therein lies the major issue for Washington regarding the Falklands. On the one hand, maintaining neutrality or supporting London’s position would keep “special relationship” status quo, but it will continue to irritate Argentina and other Latin American states. On the other hand, in the unlikely event that the White House decides to support Argentina’s claim to the islands or itself calls for bilateral negotiations, it would almost certainly offend the British government—to say nothing the criticism it would engender from the president’s right-wing critics.

The Falklands situation comes at a time when Latin American governments are growing bolder to about criticizing Washington’s approach to the region. A prime example of this development occurred at the April 2012 Summit of the Americas in Cartagena, Colombia. During the summit, several regional governments protested that Cuba had not been invited to join the high-level meeting at Washington’s insistence.

President Kirchner left that very same meeting in frustration, as the meeting’s final resolution did not contain a statement supporting Argentina’s claim over the Falklands. Offering greater support for Argentina’s claim would be one way for the Obama administration to improve its relations with the rest of the hemisphere, especially as many regional leaders have complained that Obama has failed to develop a constructive policy towards Latin America and the Caribbean during his first term in office.

Although U.S.-British relations would survive if Washington called for more open negotiations on the Falklands issue, the White House will likely calculate that the potential political price is simply too high.

The outcome of the March 2013 referendum in the South Atlantic islands is all but certain, with the islands’ current inhabitants likely to vote to remain a British overseas territory. It is also expected that the British government will herald this vote as a triumph of the islanders’ self-determination, and will share the results with international organizations to bolster their claim to the islands. The Argentine government is not likely to recognize the results, and will probably claim that London is carrying out a policy of neo-colonialism.

What remains to be seen is whether attitudes in Washington and across the hemisphere will change after the referendum. Argentina is clinging to historical ties and continuously calling for solidarity to maintain regional support, but this tactic may lose its influence if Buenos Aires’s economic policies continue to frustrate other states. Meanwhile, Washington will continue to be placed in an uncomfortable position as it tries to balance the always-important “special relationship” with London and improve relations with the Western Hemisphere.

In any case, the approximately 3,000 individuals that inhabit the Falklands/Malvinas have the right to free self-determination and to have their voice heard. The decision to carry out the referendum is a strong move by London as it humanizes the issue, making it not just about the islands themselves, or the oil that may be in the ocean around them, but also about the fate of the people that live there. Nevertheless, as often is the case, self-determination tends to clash with the geopolitical and national interests of others.