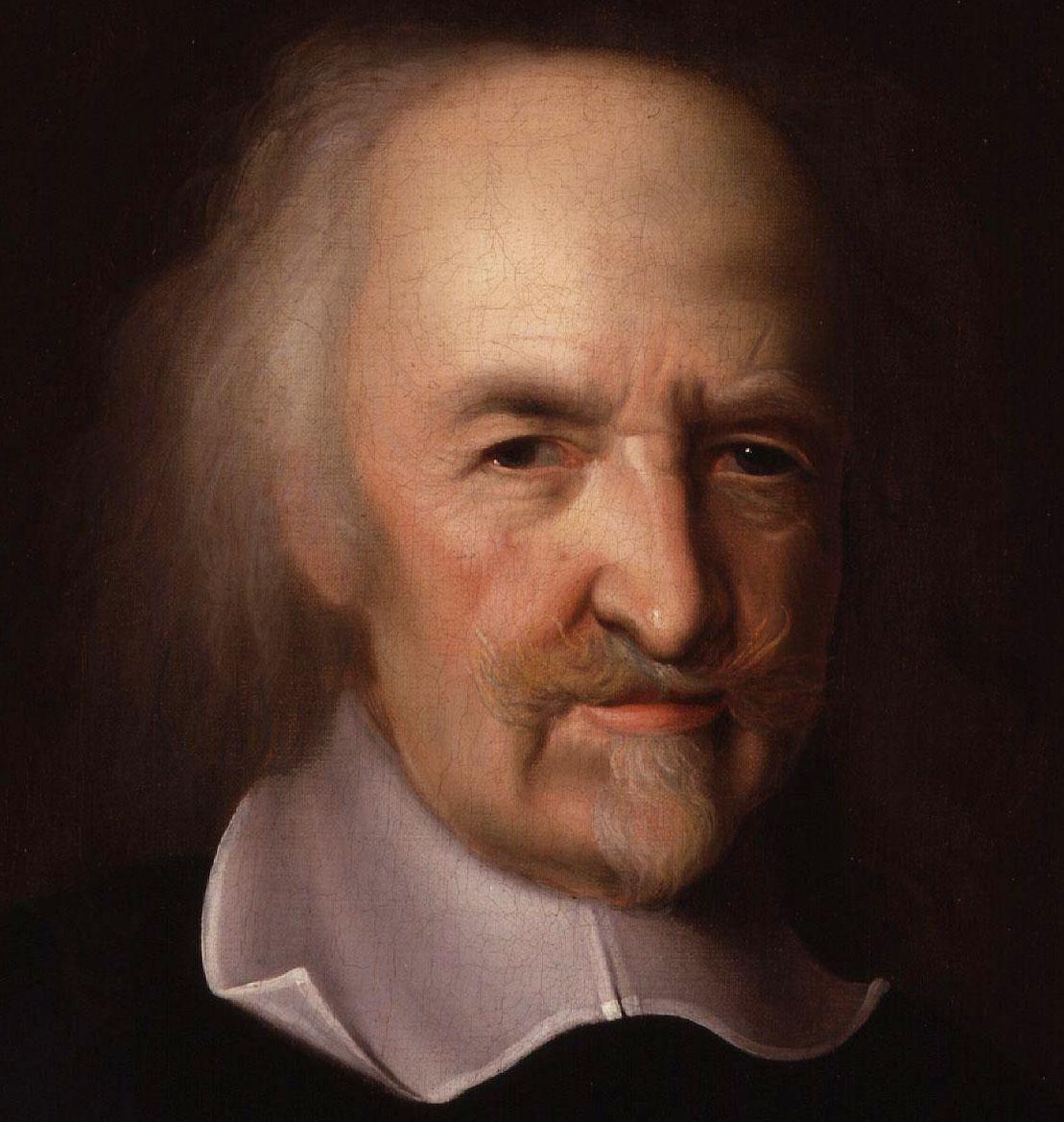 The Ideology that Drives the Republican Party

The Republicans are scared of the world, and this drives their anti-government mania.
By Marc-William Palen | July 25, 2011 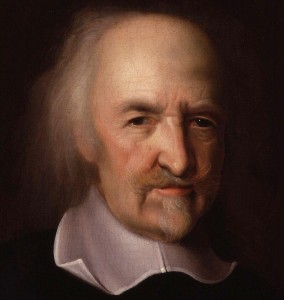 The press, politicians, and pundits have apparently uncovered the driving force behind the current conflict over the debt ceiling: ideology.

The New York Times suggests that Republican ideology has doomed any possibility of compromise, that ideology has trumped economics, and Reuters similarly asserts that ideology overshadows the debt talks. Vice President Joe Biden claims that Republican intransigence is one of ideology rather than economics, and President Obama believes that “the problem is that members of Congress are dug in ideologically.”

Yet no one has asked, let alone described, what precisely is the Republican Party’s anti-tax, small government ideology, an ideology that tumbles over into foreign policy and domestic alike.

Classical Liberalism? Not Even Close

Some have described the Republicans’ ideology as an adherence to classical liberalism. The neo-conservative magazine Weekly Standard, for instance, has recently described adherents to classical liberal economics as those who “advocate lower taxes, less government spending, fewer regulations, and limited government.” Such a definition is dubious at best, and certainly does not describe the Republican Party for much of its existence.

As the Tea Party Express was picking up steam in early 2010, ostracized Republican intellectual David Frum even beseeched the new Republican movement to embrace the now-forgotten Mugwump classical liberal example. His call, however, fell on deaf ears.

Yet both Frum and the Weekly Standard overlook the moral element of classical liberalism. From Adam Smith to his most ardent 19th century disciples—Richard Cobden and John Bright of England, or Mugwumps like Edward Atkinson and David Ames Wells—free trade and free markets were inseparable from international peace, anti-imperialism, and non-interventionism. These men were among the leaders of the international peace movement, and among the most outspoken critics of empire and militarism.

Such moral sentiments are almost non-existent within the Republican rank and file, especially since the ultra-nationalist party draped itself in the red, white, and blue following 9-11, and led the jingoistic charge into Afghanistan and Iraq. Only in recent months, as Americans in increasing numbers grow exasperated with the seemingly endless “war on terror,” have Republican leaders begun toning down their aggressively interventionist rhetoric.

The symbolic Republican votes against authorizing the intervention in Libya exemplified this war-weariness as well as partisan Republican disgust with the current commander-in-chief; classical liberalism’s moral argument of non-interventionism, however, was noticeable only for its absence. All the more antithetical to America’s Gilded Age Mugwumps, even amid the Republican Party’s ostensible desire to cut government spending, only a handful support any significant cuts to the government’s massive military expenditures, let alone bringing a timely end to the U.S. wars in Iraq and Afghanistan.

Nor is morality to be found amid the incessant Republican demands to cut social spending. If Grover Norquist—viewed by many as the intellectual “driving force” behind the Republican party’s anti-tax, small government ideology—can indeed speak for the party, his words are telling. In 2001, he expressed his desire to shrink government to the point where he “could drag it into the bathroom and drown it in the bathtub.” And, in a recent interview with Stephen Colbert, Norquist was given a comically absurd choice between either raising taxes or allowing the world’s grandmothers to be killed by terrorists; Norquist went with the latter, noting that we could “console ourselves that we had pictures.” Hopefully this was his attempt at humor.

If the current ideology of the Republican Party is not to be found in the moral teachings of classical liberalism, where does it come from? Ayn Rand’s pronounced atheism and intellectual elitism certainly does not align with the ideological outlook of most Republicans. There is perhaps an element of a Social Darwinian “survival of the fittest” ethos—although no Republican politician is likely to admit to subscribing to anything associated with the theory of evolution.

As Douglas LaBier has provocatively argued, a large part of Republican ideological inspiration stems from fear. In particular, it is a reactionary ideological response to the turbulent upheavals inherent in an increasingly globalizing world. Such fears—let’s call it “globaphobia”—are frequently expressed on issues such as immigration, global terrorism, global warming, and American participation in international institutions like the United Nations. The massive federal intervention in the so-called free market following the global financial meltdown invariably exacerbated Republican fears that government intrusion in the market— and Keynesian economics more generally—would eventually undermine American individualism.

Although I agree with LaBier that fears stemming from rapid globalization help explain Republican ideology, it is not entirely satisfactory. Digging deeper, their fear-driven ideological inspiration dovetails with the philosophy of Thomas Hobbes, who predated Adam Smith by a century and who expounded on an amoral philosophy of self-interested individualism, counterbalanced by acquiescence to authoritarianism. Hobbes believed that a strong state prevented “war of every man against every man,” a chaotic type of warfare that Republicans believe is contained within al-Qaeda’s radical philosophy.

To put it mildly, Hobbes’s Leviathan strikes a stark contrast to the moral philosophy contained within Adam Smith’s Wealth of Nations, let alone Smith’s Theory of Moral Sentiments. Ironically, so too does the current Republican fear of “big government” at first seem to contrast with its own advocacy of various draconian laws in the wake of 9-11, laws like the PATRIOT Act that immensely increased the powers of the executive branch and undercut American civil liberties. Remarkably, even with a polarizing Democrat sitting in the Oval Office, Republican politicians and their supporters have maintained their dogmatic defense of these methods in the hopes of allaying their irrational fears concerning globalization.

Somehow, Republican Hobbesians quite ably disassociate Obama’s “tyrannical” intervention in the market from their ongoing acquiescence to authoritarian legislation, because the latter helps offset Republican globaphobia. It brings at least the perception of order to a wildly interconnected, chaotic, violent world.

Morality remains absent from the prevailing post-9-11 Republican ideology. Rather, Hobbes’s amoral theory of self-interest holds sway within the Grand Old Party, aided and abetted by rampant globaphobia. This Hobbesian ideological intractability holds the U.S. economy hostage, even as the continuation of the Republican Party’s fear-driven hawkish foreign policy continues to add hundreds of billions of dollars to the American debt. The irony, unfortunately, is lost on them.

Marc-William PalenMarc-William Palen is a Foreign Policy In Focus contributor who specializes in the history of American globalization and foreign relations. He is currently finishing up a manuscript entitled The Conspiracy of Free Trade: Anglo-American Relations and the Ideological Origins of American Globalization, 1846-1896.