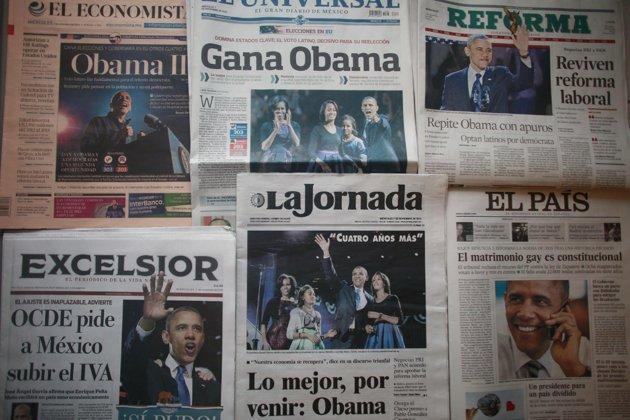 Latin America itself got scarcely a mention in the U.S. presidential campaign, but a new generation of voters has put it on the agenda.
By Arturo Lopez-Levy | November 20, 2012 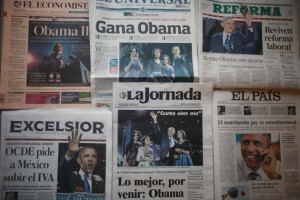 It has become commonplace to say that Latin America was absent from the 2012 election campaign in the United States. It is understandable, because the region was mentioned only once in the candidates’ foreign policy debate (by Governor Romney, when he referred to the potential of free-trade agreements in the hemisphere), and it got almost no attention in campaign speeches.

However, as with much conventional wisdom, the devil is in the definitions. If Latin America’s impact on U.S. politics is viewed in terms of relations between governments, the statement is correct; if, on the other hand, the concept includes the public, then the region was present like never before in the elections.

It is symptomatic that oft-proposed solutions to the most emblematic problems of inter-hemispheric relations (free trade, energy, immigration, organized crime, and Cuba) have been dependent on the balance of power in American domestic politics. Insofar as the vote of important U.S. Latino groups changed those political calculations, Latin America’s role in the U.S. elections was extremely important. The emerging dynamic could have a major impact on U.S. policy toward the region.

By casting 71 percent of their votes for President Obama, few electoral blocs can claim more credit for Barack Obama’s reelection than Latinos. This is the highest percentage of ballots Latinos have cast for a Democratic candidate since 1996, when Bill Clinton got 72 percent. Had Romney managed to match George W. Bush’s 40-percent showing among Hispanics, he probably would be the president-elect today. Even more painful for the Republicans, Latinos are now 10 percent of the electorate and rising.

But the Republicans’ problem with the Latino electorate is not just demographic; it is first and foremost ideological. Several Republican leaders made offensive statements on the immigration issue. For the rest of his life, Romney will regret his strident support of Arizona’s anti-immigrant law, his promise to veto the Dream Act, and his “self-deportation” proposal for undocumented immigrants. Although Latino voters have numerous concerns—often very similar to those of the average voter—their sensitivity to the immigration issue is unique. They have common connections and histories with the immigrant population and the native countries of their social group. The discriminatory statements of conservative politicians against minorities, especially Hispanics, created a moral pressure within Latino communities to vote.

MSNBC’s Steve Schmidt, who directed Sen. John McCain’s 2008 presidential campaign, summed up the 2012 message for the Republican Party: if it does not change its attitude toward the country’s new demographic reality, “it may be left wandering in the dark for a generation.”

The Democrats cannot take the Latino vote for granted. Before this past summer, when the president signed the executive order authorizing temporary residence for more than 1 million young immigrants, Obama’s approval rating among Latinos had fallen significantly to below 50 percent. Accordingly, immigration reform is now at the top of the national agenda.

If the Romney campaign’s movement toward the center after the first presidential debate works as a prelude to a more general Republican repositioning, then the possibility of immigration reform getting passed in Congress is greater. The popularity of a reelected president tends to increase in the first year of the second term, providing Obama with more political capital. Additionally, the next discussion of immigration reform will occur in the context of modest Democratic gains in both houses of Congress, and a Republican Party that has been criticized for obstructionism, bias, and a resistance to compromise.

Few political acts would have a greater effect on U.S.-Latin American relations than the naturalization of millions of Hispanics over the next decade. President Obama announced that immigration reform would be a legislative priority in his second term during the Summit of the Americas in Cartagena. It is not only a domestic but a foreign policy promise. The countries that have the largest number of undocumented immigrants in the United States are the same ones that have free-trade agreements: Mexico, Central America, and Colombia. These are also the countries with the greatest need for a coordinated effort against organized crime and drug and arms trafficking.

Establishing a path to citizenship for millions of undocumented immigrants would make border control more manageable, and it would also lead to greater demand for the legal immigration of families and circular movement between the United States and immigrants’ countries of origin. Comprehensive U.S. immigration reform would have a very significant positive impact on tourism, remittances, investment, and the voting preferences of expatriates from those countries.

Room to Maneuver on Cuba?

Another example of how changes in U.S. Latino groups can change the context of policymaking occurred in Cuban-American Miami. For years, Cuban-Americans have voted Republican for president and sent to Congress pro-embargo legislators like Reps. Ileana Ros-Lehtinen and Mario Diaz-Balart, who oppose Cuban-American travel to the island, and Senator Marco Rubio, who has filibustered presidential nominations in retaliation for alleged “abuse” of people-to-people travel.

But Obama won a record share of the Cuban-American vote (47percent to Romney’s 48 percent), showing the power of a new bloc of Cubans consisting both of recent immigrants and Americans of more distant Cuban descent. This bloc rejected the McCarthyist propaganda of the pro-embargo right-wing forces, enabling the president to campaign on more liberal U.S. policies toward the island.

For the first time, the election resulted in victories for candidates favorable to greater contact between the Cuban-American community and the island. In one closely contested House race, Democrat Joe García defeated Republican Rep. David Rivera, one of the most fervent supporters of the embargo. The evolution of García, a former director of the Cuban American National Foundation who now supports Cuban-American cultural exchanges, is evidence of the moderation now prevailing among a major component of the Cuban-American elite.

The same tendency was seen in the election to the Florida state legislature of José Javier Rodriguez, a Democrat who supports exchanges between the Cuban-American community and the island. Garcia will enter the House just as Rep. Ros-Lehtinen leaves the chairmanship of the House Committee on Foreign Affairs, in line with the Republican caucus’s term limits.

Outside of Florida, the elections had ambiguous results. In Texas, voters elected Republican Ted Cruz, a Cuban American who will join fellow embargo supporters Marco Rubio (R-FL) and Bob Menendez (D-NJ) in the Senate. On the Cuba issue, however, Cruz’s victory is offset by that of Arizona Republican Jeff Flake, who has been the most consistent anti-embargo voice in the U.S. House in the past decade.

All told, Obama owes nothing to the pro-embargo lobbyists who accused his administration of “unilateral appeasement” towards Havana and paid for spurious campaign ads connecting the president with Raul Castro’s daughter and Hugo Chavez. Now it’s payback time. Anti-embargo groups should work to ensure that the virtuous cycle represented by increased travel and the creation of communities who are interested in new ties with Cuba can continue for four more years.

The messages that have been sent out from a more plural Miami, combined with greater flexibility in Obama’s second term, offer the president more maneuvering room for a rational treatment of the Cuba issue. Taking Cuba off the State Department list of terrorist countries would be a symbolic first step in the right direction.

Cuba, as the rest of Latin America, was not absent from the election; the voters put it into play.