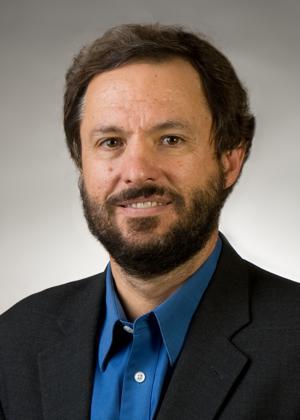 The Mali Blowback: More to Come?

Western intervention--ostensibly on humanitarian grounds--is largely responsible for the Malian crisis in the first place.
By Stephen Zunes | February 1, 2013 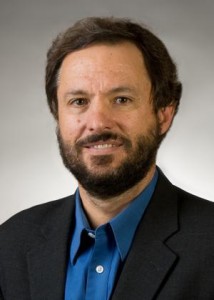 The French-led military offensive in its former colony of Mali has pushed back radical Islamists and allied militias from some of the country’s northern cities, freeing the local population from repressive Taliban-style totalitarian rule. The United States has backed the French military effort by transporting French troops and equipment and providing reconnaissance through its satellites and drones. However, despite these initial victories, it raises concerns as to what unforeseen consequences may lay down the road.

Indeed, it was such Western intervention—also ostensibly on humanitarian grounds—that was largely responsible for the Malian crisis in the first place.

The 2011 NATO military intervention in Libya effort went well beyond the UN Security Council mandate to protect civilian lives, as the French, British and U.S. air forces—along with ground support by the Saudi and Qatari dictatorships—essentially allied themselves with the rebel armies. The African Union—while highly-critical of Qaddafi’s repression—condemned the intervention, fearing that the resulting chaos would result in the Libya’s vast storehouse of arms might fueling local and regional conflicts elsewhere in Africa and destabilize the region.

This is exactly what happened.

This is particularly tragic since Mali was seen, until recently, as one of the more hopeful political stories in Africa.

In 1991, more than two decades prior to similar pro-democracy uprisings in Tunisia and Egypt, Malians engaged in a massive nonviolent resistance campaign that brought down the dictatorship of Moussa Traoré. A broad mobilization of trade unionists, peasants, students, teachers, and others created a mass pro-democracy movement throughout the country. Despite the absence of Facebook or the Internet, virtually no international media coverage, and the massacre of hundreds of peaceful protesters, this popular civil insurrection succeeded not only in ousting a repressive and corrupt regime, but ushered in more than two decades of democratic rule.

Though—like most states in the region—the country struggled with corruption, poverty, and a weak infrastructure, Mali was widely considered to be the most democratic country in West Africa. In order to educate and promote the rights and duties of its citizens, the government implemented a program called the “Decentralization Mission” in 1993 to encourage popular participation in local and regional elections. Independent radio stations and newspapers emerged and the country experienced lively and open political debate.

The events surrounding the nonviolent revolution of 1991 were regularly commemorated, with the anniversary of the March 26 massacre a national holiday. A series of monuments in the capital of Bamako also commemorate the pro-democracy struggle.

In the years since the 1991 revolution, even contentious politics was expressed largely nonviolently. There were several periods of student-led protests in the 1990s against high unemployment and other negative effects of structural adjustment programs imposed by international financial institutions, contributing to the fall of one government through a “no-confidence” vote in parliament. The tradition of nonviolent resistance against authoritarianism came to the fore in 2001 when a proposed constitutional referendum put forward by President Alpha Oumar Konaré was called off after a series of protests by those fearing it would have threatened the country’s independent judiciary and effectively made the president immune to prosecution. Additional protests against neoliberal economic policies erupted in 2005. Hundreds peacefully demonstrated against the 2006 visit by then-French Interior Minister Nicolas Sarkozy in protest at his tough policies against immigrants. That same year, Mali hosted the World Social Forum, a mass gathering of thousands of activists from hundreds of civil society organizations.

History has shown that dictatorships overthrown through largely nonviolent civil insurrections are far more likely to evolve into stable democracies than dictatorships ousted through armed revolution or foreign intervention. Mali appeared to be a prime example of this phenomenon.

Indeed, soon after the March Revolution of 1991, the Malian government negotiated a peace agreement with armed rebels from the Tuareg minority in the north of the country, in which they agreed to end their rebellion in return for a degree of autonomy. In March 1996, there was a massive ceremonial burning of the rebels’ surrendered weapons in the capital of Bamako.

By 2012, the Malian government, led by President Amadou Toumani Touré, was becoming increasingly unpopular, failing to address and even exacerbating structural inequalities reinforced by neoliberal edicts from international financial institutions and increasingly corrupt and self-serving political leaders, local business elites, and the civil service. However, the aging president was scheduled to retire immediately following elections later in the year and it was hoped that a growing civil society movement and new leadership could more adequately address these problems.

These concerns, however, were quickly overshadowed by a renewed rebellion in the north. When last year’s initially nonviolent uprising in Libya against the Gaddafi regime turned to armed struggle, resulting in even greater government repression and thereby prompting NATO intervention, disparate armed groups—including Tuareg tribesmen— ended up liberating major stores of armaments. These vast caches of weapons were passed on to Tuaregs in Mali who, now having the means to effectively challenge the Malian government militarily, dramatically escalated their long-dormant rebellion under the leadership of the National Movement for the Liberation of Azawad (MNLA).

Elements of the Malian army believed that Touré’s government—in part because of its concern that responding too harshly might create a backlash among the Tuaregs and in part because of its corruption and ineptitude—was not adequately supporting their resistance to the rebels. On March 22, U.S.-trained Army Captain Amadou Sanogo and other officers staged a coup and called for U.S. intervention along the lines of Afghanistan and the “war on terror.”

Sanogo’s training in the United States is just one small part of a decade of growing U.S. military involvement with allied armies in the Sahel, increasing the militarization of this impoverished region and the influence of armed forces relative to civilian leaders. Gregory Mann, writing in Foreign Policy, notes how “a decade of American investment in special forces training, co-operation between Sahalien armies and the United States and counter-terrorism programs of all sorts run by both the State Department and the Pentagon has, at best, failed to prevent a new disaster in the desert and, at worst, sowed its seeds.”

With supporters of the ousted democratic government protesting in the capital and the army divided by the coup, Tuareg rebels took advantage of the chaos in the south and quickly consolidated their hold on the northern part of the country, declaring an independent state.

Then, with the Malian army routed and Tuareg forces stretched thin, radical Islamist groups—also flushed with new arms resulting from the Libya war—seized most of the towns and cities in the north. These extremists also overran additional U.S.-supplied Malian army posts, seizing 87 Land Cruisers, satellite phones, navigation aids, and other equipment provided by the American taxpayer.

Already, the Western intervention in Mali has prompted a retaliatory attack on a BP natural gas facility in neighboring Algeria, resulting in the deaths of 38 foreign hostages. The blowback could just be beginning.

The savage repression perpetrated by Mali’s Islamists, along with the potential threat from an Al Qaeda-affiliated regime, loss of access to the region’s resource wealth, and indications that the Islamists were moving south prompted direct French military intervention in January. Under such dire circumstances, even many people normally critical of Western neocolonialism argue that such military intervention may have been the least bad option. However, given that it was Western intervention and militarization of the region that largely created this mess in the first place, it inevitably raises the question as to whether it will actually end up making matters worse.

Stephen ZunesStephen Zunes, a Foreign Policy In Focus columnist and senior analyst, is a professor of Politics and chair of Middle Eastern Studies at the University of San Francisco.