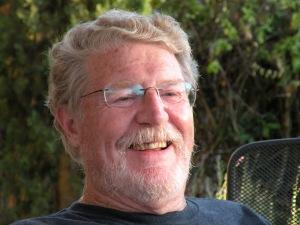 The New Scramble for Africa

How did a right-wing thinktank devise U.S. policy toward Africa?
By Conn Hallinan | September 14, 2011

Is current U.S. foreign policy in Africa following a blueprint drawn up almost eight years ago by the right-wing Heritage Foundation, one of the most conservative think tanks in the world? Although it seems odd that a Democratic administration would have anything in common with the extremists at Heritage, the convergence in policy and practice between the two is disturbing.

Heritage, with help from Joseph Coors and the Scaife Foundations, was founded in 1973 by the late Paul Weyrich, one of the most conservative thinkers in the United States and a co-founder of the Moral Majority.

In a “Backgrounder” article entitled “U.S. Military Assistance for Africa: A Better Solution,” the two called for the creation of a military command for the continent, a focus on fighting “terrorism,” and direct military intervention using air power and naval forces if “vital U.S. interests are at stake.” Such interventions, they wrote, should include allies and avoid using ground troops.

Almost every element of that proposal has come together over the past year, though some pieces, like the U.S. Africa Command (AFRICOM) and the Trans-Sahara Counterterrorism Initiative, were in place before the Obama administration took office.

The Libya war seems almost straight off Heritage’s drawing board. Although the United States appeared to take a back seat to its allies, NATO would not have been able to carry out the war without massive amounts of U.S. military help. U.S. Special Forces and CIA teams, along with special units from Britain, France, Qatar, and the United Arab Emirates, organized the rebels, coordinated air strikes, and eventually pulled off an amphibious operation that sealed Tripoli’s fate.

The Heritage scholars were also clear what they meant by vital U.S. interests: “With its vast natural and mineral resources, Africa remains strategically important to the West, as it has been for hundreds of years, and its geostrategic significance is likely to rise in the 21st century. According to the National Intelligence Council, the United States is likely to draw 25 percent of its oil from West Africa by 2015, surpassing the volume imported from the Persian Gulf.”

It was a sentiment shared by the Bush Administration. “West Africa’s oil has become a national strategic interest,” said U.S. Assistant Secretary of State for Africa, Walter Kansteiner in 2002.

The UN tasked NATO with protecting civilians in Libya, but France, Britain, the United States, and their Gulf allies focused on regime change. Indeed, when leaders of the African Union (AU) pushed for negotiations aimed at a political settlement, NATO and the rebels brusquely dismissed them.

The NATO bombing “really undermined the AU’s initiatives and effort to deal with the matter in Libya,” complained South African President Jacob Zuma. More than 200 prominent Africans released a letter on August 24 condemning the “misuse of the United Nations Security Council to engage in militarized diplomacy to effect regime change in Libya,” as well as the “marginalization of the African Union.”

The suspicion that the Libya war had more to do with oil and gas than protecting civilians is why the AU has balked at recognizing the rebel Transitional National Council, and there is a growing unease at the West’s “militarized diplomacy.”

In June 2006, NATO troops stormed ashore on Sao Vicente island in the Cape Verde archipelago, an exercise aimed at “protecting energy supplies” in the Niger Delta and Gulf of Guinea.

Protecting energy supplies from whom?

In the case of the Niger Delta, it means protecting oil companies and the Nigerian government from local people fed up with the pollution that is killing them and the corruption that denies them any benefits from their resources. Under the umbrella of the Emancipation of the Niger Delta (MEND), locals are waging a low-key guerilla war that at one point reduced oil supplies by 20 percent.

MEND is certainly suspicious of American motives in the region. “Of course, it is evident that oil is the key concern of the United States in establishing its Africa Command,” says the organization’s spokesman, Jomo Gbomo.

The Nigerian government labels a number of restive groups in Nigeria as “terrorist” and links them to al-Qaeda, including Boko Haram in the country’s north. But labeling opponents “terrorists” or raising the al-Qaeda specter is an easy way to dismiss what may be real local grievances. For instance, Boko Haram’s growing penchant for violence is more likely a response to the heavy-handedness of the Nigerian army than an al-Qaeda-inspired campaign.

The protection of civilians may be the public rationale for intervention, but the bottom line looks suspiciously like business. Before the guns have even gone silent in Libya, one British business leader has complained to The Independent that Britain is behind the curve on securing opportunities. “It‘s all politics, no commercial stuff. I think that is a mistake. We need to be getting down there as soon as possible,”

The Spanish oil company Repsol and the Italian company Eni are already gearing up for production. “Eni will play a No.1 role in the future,” says Italian Foreign Minister Franco Frattini. Almost 70 percent of Libya’s oil goes to four countries: Spain, Germany, France, and Italy. Qatar, which is already handing oil sales in Eastern Libya, will also be on the ground floor as production ramps up.

A major loser in the war—and some would argue, not by accident—is China. Beijing, which accounted for about 11 percent of Libya’s pre-war exports, had some 75 companies working in Libya and 36,000 personnel. But because China complained that NATO had unilaterally changed the UN resolution from protecting civilians to regime change, Beijing is likely to suffer. Abdeljalil Mayouf, information manager of the rebel oil firm AGOCO told Reuters that China, Brazil, and Russia would be frozen out of contracts.

Brazil and Russia also supported negotiations and complained about NATO’s interpretation of the UN resolution on Libya.

For Heritage, keeping China out of Africa is what it is all about. Peter Brookes, the former principal Republican advisor for East Asia on the House Committee on International Relations, warned that China was hell-bent on challenging the United States and becoming a global power, and key to that is expanding its interests in Africa. “In a throwback to the Maoist revolutionary days of the 1960s and 1970s and the Cold War, Beijing has once again identified the African continent as an area of strategic interest,” he told a Heritage Foundation audience in a talk entitled “Into Africa: China’s Grab for Influence and Oil.”

Beijing gets about one third of its oil from Africa—Angola and Sudan are its major suppliers—plus important materials like platinum, copper, timber, and iron ore.

Africa is rife with problems, but terrorism is not high on that list. A severe drought has blistered much of East Africa, and with food prices rising, malnutrition is spreading continent-wide. The “war on terrorism” has generated 800,000 refugees from Somalia. African civilians do indeed need help, but not the kind you get from fighter-bombers, drone strikes, or Tomahawk cruise missiles dispatched at the urging of right-wing think tanks or international energy companies.

Conn HallinanConn Hallinan is a Foreign Policy In Focus columnist. His writings can be read at dispatchesfromtheedgeblog.wordpress.com.