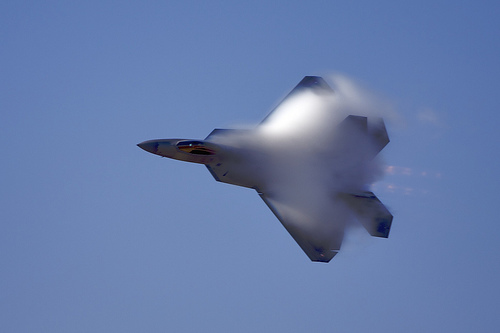 Why is the United States spending more now on the military than during the Cold War?
By Carl Conetta | March 3, 2010 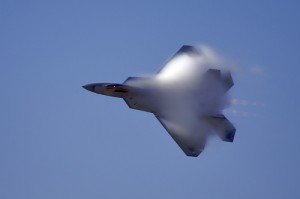 With his decision to boost defense spending, President Obama is continuing the process of re-inflating the Pentagon that began in late 1998 — fully three years before the 9/11 attacks on America. The FY 2011 budget marks a milestone, however: The inflation-adjusted rise in spending since 1998 will probably exceed 100 percent in real terms by the end of the fiscal year. Taking the new budget into account, the Defense Department has been granted about $7.2 trillion since 1998, when the post-Cold War decline in defense spending ended.

The rise in spending since 1998 is unprecedented over a 48-year period. In real percentage terms, it’s as large as the Kennedy-Johnson surge (43 percent) and the Reagan increases (57 percent) combined. Whether one looks at the entire Pentagon budget or just that part not related to the wars, current spending is above the peak years of the Vietnam War era and the Reagan years. And it’s set to remain there. Looking forward, the Obama administration plans to spend more on the Pentagon over the next eight years than any administration since World War II.

Why should the Pentagon budget rise so much, so fast? Why should it be exempted from the recently announced discretionary spending freeze? And why should it be stabilizing at levels above the highest years of the Cold War?

The most ready explanation is that the War on Terrorism, and especially military operations in Iraq and Afghanistan, are the cause. But these activities presently claim less than 20 percent of the Pentagon’s budget. For the period 1998-2011, overseas contingency operations have consumed less than 17 percent of all funding. Take today’s wars out of the picture entirely and the rise since 1998 is still 54 percent in real terms.

Why More Than the Cold War?

Our recent study of the post-1998 defense spending surge, An Undisciplined Defense, set out to identify the factors driving Pentagon costs upward. Much of the post-1998 surge can be attributed to a mix of policy choices and policy failures. And this belies the notion that today’s high level of spending simply reflects hard and fast security “requirements.” In short: If America’s leaders can find the will, then there is a way to substantial savings.

Following the collapse of Soviet power, America’s leaders set more ambitious goals for the U.S. military, despite its smaller size. This entailed requiring the armed services to sustain and extend their continuous global presence, improving their readiness and speed, increasing peacetime engagement activities, and preparing to conduct more types of missions quickly and in more areas. Recent U.S. strategy has looked beyond the traditional goals of defense and deterrence, seeking to use military power to actually prevent the emergence of threats and to “shape” the international environment. U.S. defense planners also elevated the importance of lesser and hypothetical threats, thus requiring the military to prepare for many more lower-probability contingencies.

These ambitions have led to the rise in Pentagon operations and maintenance (O&M) expenditures, as well as a larger-than-necessary force structure and greater equipment requirements.

One ongoing goal of the Pentagon has been to modernize forces. This ambitious modernization between 1990 and today has reflected three different imperatives or directions, and these have been poorly integrated.

The Pentagon has failed to adequately integrate these trends or prioritize among them. Instead, they have all gone forward in parallel, competing for funds. This situation puts unrelenting upward pressure on the budget. Legacy programs, which tend to be backward-looking, have predominated. Thus, despite the Pentagon’s spending $2.5 trillion on modernization between 1989 and 2003, there was a lack of preparedness for counterinsurgency and counterterrorism tasks after 2001. Notably, the decisions to pacify Iraq and Afghanistan by military means entailed a new wave of equipment purchases.

Defense Secretary Robert Gates has promised to impose stricter priorities on defense acquisition. But this isn’t the first time an administration announced a “get tough” policy in this area. For instance, former Defense Secretary Donald Rumsfeld also vowed to tackle the dysfunctional acquisition process, lopping off the Army’s Crusader artillery system and Comanche helicopter program along the way. This latest reform cycle will not likely accomplish more than swapping out a few disfavored systems for a few favored ones. No actual savings will leave the Pentagon orbit.

Reforming the post-Cold War military was supposed to enable it to “do more for less.” Preserving the “peace dividend” — a reduction in the military budget and the application of the savings to other pressing needs — depended on it. Structural reform also was necessary because the military suffered a decrease in efficiency when it got smaller. This was due to some loss in economies of scale in support and acquisition activities.

Options for reform were plentiful. These included reducing service redundancies, streamlining command structures, and consolidating a range of support and training functions. Other worthwhile targets of reform were the Pentagon’s acquisition, logistics, and financial management systems.

But reform efforts fell short of their promise, due to institutional resistance and bureaucratic inertia. Only two initiatives — competitive sourcing and military base closures — were pursued vigorously enough to yield significant annual savings. And these savings have amounted to less than 4 percent of the current defense budget — clearly not enough to save the “peace dividend.”

The difficulty of defense reform goes to the heart of governance problems in the defense area. There is an imbalance between effective civilian and military authority, between “joint” and individual service authority, and between public and special interests. In some respects, the system is a feudalistic one. Its functioning normally depends on largesse and a fair amount of deference to “subordinate” offices. Civilian authorities might challenge and alter this configuration, but that would entail considerable political risk.

Why have today’s wars been so inordinately expensive in relative terms? Measured in 2010 dollars, the Korean War cost $393,000 per year for every person deployed. And the Vietnam conflict cost $256,000. By contrast, the Iraq and Afghanistan commitments have cost $792,000 per year per person.

This is due partly to America’s reliance on high-cost “volunteer” (professional) military labor, which began after the Vietnam War. This type of military is susceptible to steep increases in personnel costs if it gets bogged down in large-scale, protracted, labor-intensive wars of occupation and counterinsurgency. Combat pay, retention bonuses, and recruitment costs soar.

Overall, military personnel costs rose 50 percent in real terms between 2001 and 2010, although the military labor pool grew by less than 2 percent. This dramatic increase in labor costs calls into question any potential large-scale counterinsurgency operations, which require more, not fewer boots on the ground — unless, of course, cost is no object.

Because of the costs involved, the Pentagon has been reluctant to permanently increase the number of full-time military personnel, despite high levels of activity even before the current wars. Thus, increases in ground troops have been largely counterbalanced by reductions in Navy and Air Force personnel. Instead, the Pentagon has turned increasingly to private contractors, whose employees have assumed many of the support functions previously performed by Pentagon personnel. Since 1989, the pool of Pentagon military and civilian employees has shrunk by more than 30 percent, while the number of contract workers has probably grown by 40 percent. As a result, the total Pentagon workforce may have been re-inflated to its Cold War size, but with contract labor playing a much bigger role.

Contract labor is generally cheaper than Pentagon in-house labor, military or civilian. However, a problem routinely noted by the Government Accountability Office is that Pentagon’s financial management of contracts is weak. At any rate, whatever savings have been realized by replacing in-house labor with contract labor has been overshadowed by the overall increase in the Pentagon’s total workforce.

The re-inflation of the workforce partly registers in the budget as an unusually steep increase in operations and maintenance spending, because this account covers much of contract labor. Calculated in inflation-adjusted per person terms, operations and maintenance expenditures are 2.5 times higher today than in 1989. In absolute terms (also corrected for inflation), O&M spending has risen 75 percent since the Reagan years.

The Primacy of U.S. Military Spending

The factors outlined above have converged to give America a historically unique predominance in military spending. The United States today is responsible for nearly half of all military expenditure worldwide. In 1986, it claimed only 28 percent.

Especially notable is the changed balance between U.S. spending and the total amount spent by potential adversary states. The United States has gone from spending one-third less than its adversaries in 1986 to spending 150 percent more than potential adversary states in 1986. Had Ronald Reagan sought to achieve the ratio between U.S. and adversary spending that existed in 2006, he would have had to nearly quadruple his defense budgets. And, of course, the 2006 Pentagon’s budget hasn’t receded but instead grown by another 20 percent in real terms.

These calculations suggest that the United States’ recent levels of defense expenditure are largely detached from other nation’s efforts to build military power. And the wars explain only a small part of the difference. Instead, the divergence points to a change in what the US defense establishment hopes to accomplish by means of military power, how fast, and how far afield.

Can We Roll Back Pentagon Spending?

America’s singular investment in the means of war hasn’t purchased clear and sure progress toward a more secure and stable world. Nor has it purchased an efficient military closely adapted to the current security environment. That the nation should persist down this road for more than a decade suggests a lapse in attention to the strategic costs and benefits associated with its chosen defense posture. It’s as though the nation had trillions to burn.

The road not taken during the past 15 years would have involved a more forceful and thorough-going approach to defense reform. A more sensible Pentagon strategy would take a more disciplined approach to equipment acquisition that better integrated the various trends and service plans, and tailored them more closely to new conditions. And the United States as a whole would have demonstrated greater restraint and greater specificity in defining post-Cold War military goals and missions.

A permissive spending environment has been a necessary precondition for Pentagon bloat, which several political realities have helped generate and sustain. First, and obviously, the September 2001 attacks overrode any tendencies to suggest economizing on defense. Curiously, though, Gallup polls show that public support for increased defense spending was higher in the two years prior to the attacks than in the two years after. Support has receded significantly since then, but this hasn’t spurred a serious re-evaluation of the budget.

At present, both Democratic and Republican leaders are disinclined — each for their own reasons — to press for Pentagon budget reform and restraint. There is little political gain in it, and much political risk. In this calculation, the balance of raw public opinion is less important than the capacity of the contending parties to excite and mobilize it.

Emerging fiscal realities may soon focus more critical attention on how the nation allocates its resources among competing goals, military and non-military. And the recent freeze on most discretionary spending suggests the contours of the coming battle: It will be the Pentagon versus everything else. In this light, our most important finding is that much of the surge in Pentagon spending since 1998 has been a matter of choice and will, not a matter of national security “requirements.” This puts the ball back in the political court, where it belongs. If there is to be progress in rebalancing our budget, it will depend on pressuring the administration and Congress to deliver real change that matters.

This article is an updated summary of An Undisciplined Defense: Understanding the $2 Trillion Surge in US Defense Spending. The report, with complete citations, is available at the project’s website.

Carl ConettaCarl Conetta is co-director of the Project on Defense Alternatives at the Commonwealth Institute and a contributor to Foreign Policy In Focus.