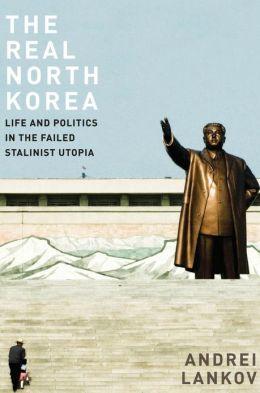 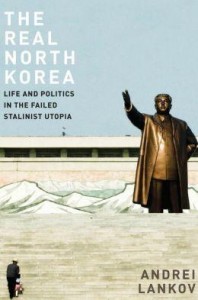 Any book that purports to tell the story of the “real North Korea” runs the risk of serious overhype. North Korea, after all, is perhaps the least understood, least accessible, and least research-friendly country in the world. It has been called an “intelligence black hole.” Journalists rarely visit, and when they do they can’t just interview anyone they please. Historians rarely visit, and when they do they don’t have access to the archives. Only a small number of tourists are allowed in each year and then only to select sites. The stratosphere and the bottom of the ocean are both probably better understood than this country of 25 million people in Northeast Asia.

But if anyone has a shot at delivering the goods on the “real North Korea,” it is Andrei Lankov. He studied in Pyongyang in the mid-1980s as a Soviet exchange student. He’s fluent in Korean and now teaches in South Korea. He seems to have more on-the-ground contacts than most North Korea experts. And he has written extensively on many North Korean subjects, from history to economy to politics.

In his new book, The Real North Korea, Lankov attempts to do the impossible: describe a country that has spent considerable time and effort defying description. With a few exceptions, he does a very good job, notwithstanding all the wiggle words — “it is not impossible that” and “there are some indications that” and “it seems that as a rule” — that he uses to couch his conclusions.

For those unfamiliar with North Korean history – and this book is designed to appeal to novice and expert alike – Lankov quickly goes over the necessary background, from the country’s creation in the wake of World War II through the quick rise and steady fall of the North Korean political economy in the decades since. He is especially good on the purges that founder Kim Il Sung launched in the late 1940s and 1950s to eliminate all sources of potential dissent. “Out of the ten people who ran the country in 1949, only two avoided persecution and died natural deaths,” he writes. “Of the others, two were killed by people whom they regarded as enemies. Of the remaining six, all were purged by their own comrades.” Without access to North Korean archives, we can only guess at how these purges affected those lower down in the hierarchy.

Lankov turns a very critical eye on the North Korean system: the ideological conformity, the human rights abuses, the economic failings. But he is sufficiently attuned to the practice of such regimes that he can perceive even the system’s advantages. Constant surveillance, for instance, turns out to convey certain collective health benefits. Regular health checks and immunizations ensure that North Korea’s overall health statistics are remarkable given its current per capita GDP. Nor is Lankov deaf to the advantages of the Kaesong Industrial Zone (KIZ), even as other critics of the regime describe it as a “slave labor camp.” This description, he retorts, “is grossly unfair: even after the deductions, the KIZ jobs are by far the best paid regular jobs in North Korea.”

North Korea has developed a reputation for being the most totalitarian society yet conceived and established on the planet. This would seem to be the case when judging the virtual absence of organized dissent in the country. But particularly since the famine of the late 1990s and the collapse of industry and agriculture that ensued, the North Korean state has aspired to totalitarianism without achieving it. One major reason for this falling away of state control is the rise of corruption.

“Sometimes, North Koreans could and can get away with what used to be seen as political crimes,” he writes. “For example, possession of a tunable radio set has been a political crime for decades. This still technically remains the case, but nowadays a bribe of roughly $100 can buy a way out of punishment for someone unlucky enough to have been caught while listening to such a radio (police would probably even give the offending radio set back to the culprit).”

Perhaps the most important achievement of Lankov’s book lies in its humanizing of North Koreans. They are not “brainwashed automatons” or “docile slaves.” Nor does he make the mistake of so many observers by applying categories from the Soviet Union and Eastern Europe and assuming that North Koreans are all “closet dissenters.” Instead, he talks to a variety of North Koreans both inside and outside the country to paint a picture of “normal” North Korean life.

He introduces us to Mr. Kim, in his early 40s, who is the private owner of a gold mine, though technically the gold mine is a state enterprise. Ms. Young runs several factories producing copies of Chinese clothing. And one of his North Korean interlocutors, who remains nameless, worked on the construction of Kumgang Mountain resort in the North. All these “informants,” to use the anthropological rather than the espionage variant of this word, provide a picture of a society increasingly market-oriented, socially unequal, and open to outside influences such as Chinese products and South Korean television.

The shortcomings of Lankov’s book are two-fold. He presents his policy position as more singular than it really is by positioning himself in the reasonable middle between two policy extremes. The soft-liners favor negotiation and concessions, which he views skeptically; the hardliners favor increased pressure and sanctions, which he notes have not worked either. The only thing that will work, he believes, is providing North Koreans with more information. Governments should continue to fund radio operations like Voice of America and promote official exchanges with the expectation that the participants will someday act on what they have learned. NGOs should continue their work in-country to expose North Koreans to alternative ways of doing things. These are indeed reasonable suggestions. But Lankov is hardly the first person to make them, and the camps of “soft-liners” and “hard-liners” are not quite as impermeable as he implies.

A second, less important flaw involves his caricature of the South Korean left as still under the thrall of North Korean ideology. A “significant number of the 386ers,” he argues, are North Korean sympathizers. It’s one thing to make inferences about North Korean society based on scant information. But Lankov lives in South Korea. He should know that most 386ers – those born in the 1960s and who came of political age in the 1980s – favor engagement with North Korea without sympathizing with the regime.

In the end, Lankov repeats what should be the golden rule for dealing with North Korea: only North Koreans can change North Korea. Attempting to impose a solution from outside – whether from Beijing, Seoul, or Washington – will just not work. North Koreans are a proud people, even more so after several decades of austerity and government-sponsored nationalism. Like Afghans and Iraqis, they will not take kindly, to say the least, to military invaders. And they know the limitations and leverage points of their society better than any outside political missionary bent on a softer version of regime change.

This golden rule extends as well to North Koreans living in South Korea. It is in the interest of both Koreas for this group of people to succeed rather than live in a kind of underclass in South Korean society. Successful North Koreans in South Korea can provide remittances to their family and friends in the North along with information about their successful lives. As importantly, they will someday be available to fill positions of importance, both political and economic, when change finally comes to North Korea. It’s impossible to know when that day will come. But only then perhaps will we finally know the “real North Korea,” even as it changes irrevocably before our eyes.

John FefferJohn Feffer is an Open Society Fellow. He is on leave from his position as co-director of Foreign Policy In Focus.