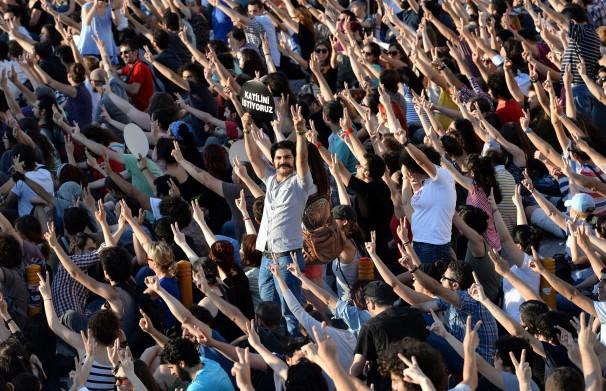 The lesson from the streets of Brazil, Turkey, and the Arab world is to avoid underestimating social movements still in their infancy.
By Sreeram Chaulia | July 3, 2013 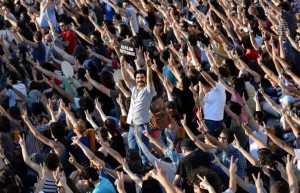 Historic change eventually comes via small and modest beginnings. The current revolts in Brazil and Turkey actually started in low-key fashion at least one decade ago. Had they been spotted earlier, there would be less befuddlement about explaining the genesis of the mass protests that have mushroomed to force the governments of Brazilian President Dilma Rousseff and Turkish Prime Minister Recep Tayyip Erdogan to rethink their policy paths.

Brazil’s middle and working classes shot to international attention in the last few weeks by mobilizing for a wide basket of reforms in the ruling Workers Party’s priorities. But the core protesters who lit the fuse have been waging localized struggles for many years against the market-friendly trajectory engineered ironically by a popular socialist regime.

The Free Pass Movement (MPL), whose activists triggered the latest uprising with demands for a rollback of train and bus fare hikes, has been combating exclusionary transport policies almost unnoticed since 2005. The MPL disputes “urban displacement” based on market logic, wherein private companies connive with local government authorities to keep raising ticket fares until the poor are pushed out from accessible means to reach workplaces. MPL claims that 37 million Brazilians (nearly one-fifth of the country’s population) cannot afford public transport, even as the recent economic boom has expanded private car purchases by the better-off sections of society.

The “automobilization of transportation,” which scholars like Paul Sweezy in the 1970s identified as an assault on public conveyance in America, is now a global phenomenon. Like the American Dream, there is now a Brazilian Dream, a Chinese Dream, and an Indian Dream—all featuring hopes of individual car and home ownership and expansion of the automobile market, at the risk of immobilization of the poor.

The MPL was only a minor radical consciousness during the years when President Lula da Silva was at the helm of a remarkable period of high GDP growth in Brazil. Now that the growth miracle has stuttered, grievances have widened far beyond transport costs. But we must credit the MPL for developing a first critique of what was fundamentally wrong with the state capitalism that the socialist Lula had instituted. Without the spark, there can be no fire.

Like Brazil’s MPL, the origin of the waves of protest sweeping Turkey lies in a grassroots environmental movement that commenced one decade ago. How many of us have heard of the mini-mutinies against coal and hydroelectric plants in smaller urban locales of Turkey like Bergama, Hopa, Munzur, Gerze, and Amasra? These forms of local resistance to the ambitious economic modernization of the Turkish government are the predecessors to the rage in Istanbul’s Taksim Square.

Pinar Aksogan of Greenpeace has argued in The Guardian that the initial core of the Taksim Square protesters—massing to protect Gezi Park, the one last surviving patch of green space from takeover by government-approved construction lobbies—hailed from prior social movements dedicated to preserving forests, air, and water.

As with Brazilian radicals, Turkish environmentalists are philosophically antagonistic to Prime Minister Erdogan’s “urban transformation” roadmap that relies on bulldozers, erasing public access to greenery, and an agenda of capitalist growth that tramples over nature. And like in Brazil, Turkey’s demonstrators have transcended their seminal environmentalism and entered into full-fledged opposition to Erdogan’s authoritarian tendencies and religious conservatism. But without the gallantry of the green movement’s bid to save Gezi Park, Taksim Square would not have been converted into yet another flashpoint in what Paul Mason of the BBC has termed “the new global revolutions.”

The unrest in both Brazil and Turkey is a challenge to what the Brazilian intellectual Elio Gaspari labels the “delusionary modernism” of strong states determined to win international acceptance as major powers. The rhetoric and outlook of the governments of Roussef and Erdogan have slanted towards securing grandeur and winning applause from the international community, satiating the nationalistic egos of Brazil and Turkey as rising players on the world stage.

But the MPL and the Turkish environmentalists had been questioning for a while this quest for global prestige at such cost to the underprivileged. Is greatness to be measured in hosting costly trophy tournaments like the football world cup or in the right for workers to have mobility through public transport? Is it a sign of greatness that a city lying on the crossroads of Asia and Europe, Istanbul, has no public parks left—only an endless concrete jungle where corporate offices compete for space with shopping malls and mosques?

The pioneers who enabled these recent mass movements in Turkey and Brazil are articulating in their own ways the problématique of intoxication with “gigantism” in industrial and urban planning, a concept coined by the economist E.F. Schumacher in his landmark book, Small is Beautiful. The economics championed by the early-bird rebels in Turkey and Brazil, which is now being embraced by much broader sections of the middle and working classes, is akin to Schumacher’s economics where “people matter.” That this message is aimed at elected democratic governments which won huge majorities makes it all the more special, as the Turkish and Brazilian protesters are seeking a redefinition of democracy.

Even in the case of the Arab Spring of 2011, which was a classic battle between the people and autocracies, it must be acknowledged that these revolutions were not sudden bolts from the blue but rather incremental movements that peaked and snowballed long after their humble beginnings. Revolution is a process that germinates rather than a single point in time or a rapid succession of events.

Like Rome, the revolution is never built in a single day. In Bishara’s words, the Arab Spring was “fermented” by countless civil society activists, neighborhood organizers, human rights advocates, and nondescript political associations that chipped away at tyrannical regimes during “largely unreported years.” Workers who rose up at the Mahallah textile factory in 2006 in Egypt and the miners agitating against mistreatment in the mining belt of Qafsa in Tunisia in 2008 were some of the forefathers who seeded the ultimate downfall of despots in these countries.

The common intellectual lesson from the streets of Brazil, Turkey, and the Arab world is to avoid underestimating half-baked social movements still in their infancy. With technological advancements and opportune conjunctures, the underdogs of yesterday can quickly turn into the makers of tomorrow. Not every nascent movement cascades into a full-blown revolution, but the pathfinders whose thoughts and actions carry forward to make history must get their due recognition.

Sreeram ChauliaSreeram Chaulia is a Professor and Dean at the Jindal School of International Affairs in Sonipat, India. His latest book, Politics of the Global Economic Crisis: Regulation, Responsibility and Radicalism, is due out shortly from Routledge.