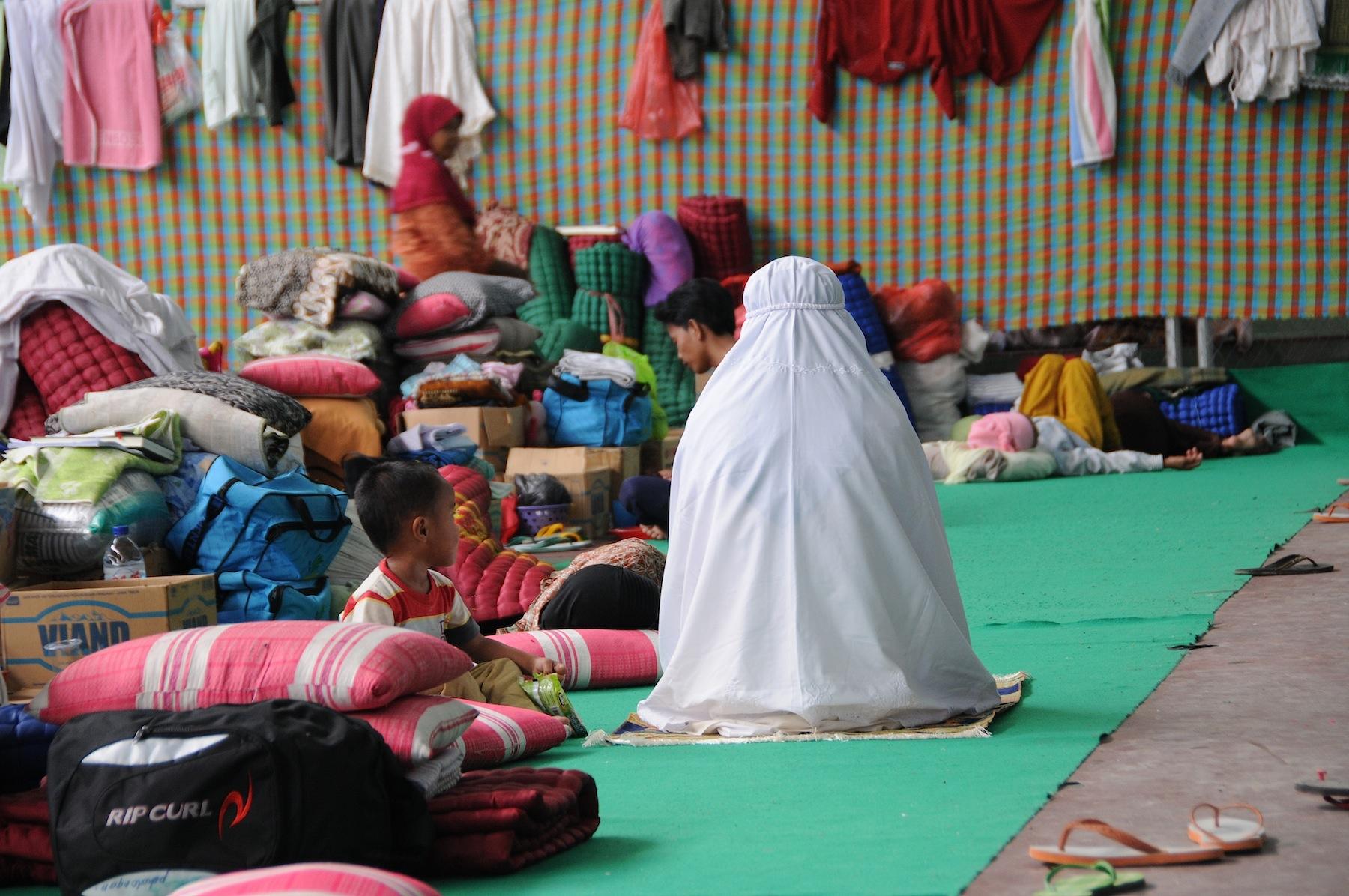 The Wahhabi War on Indonesia’s Shiites 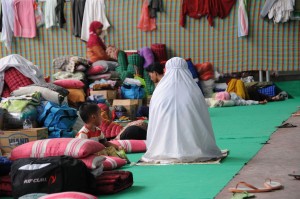 Indonesia’s Shi’a minority is under heavy attack. Men, women, and children have been assaulted, schools damaged, and villages burned to the ground. Many have been killed.

It is becoming increasingly clear that Saudi Arabia’s intolerant brand of Wahhabi Sunni Islam—propagated far and wide by Saudi oil money—is behind most of assaults.

Naila Zakiyah, a lecturer at a Shi’a school for girls in the city of Bangil, East Java, recently explained to us:

“In light of recent events, we are naturally worried about the safety of our students… We feel discriminated against. Before this year’s Ramadan, the Sunni mosque across the street broadcasted their sermon twice a week. They had their loudspeakers directed towards our school. They were shouting that Shi’a teaching is misguided, and that spilling our blood is halal. It is said that those who are attacking us are being funded by money from Saudi Arabia. In 2007, for example, 500 people demonstrated in front of our boarding school; the Saudis gave each person $2.”

When we visited the neighboring mosque, our hosts showed us anti-Shi’a pamphlets and said that they couldn’t talk to their Shi’a neighbors “in a subtle way anymore.” They added, “If they don’t want to convert, then we have to use violence. In our opinion, they are kafir. We will not be at peace with them until we die, even if our lives are at stake. They have already insulted Islam! If the police do not take action against the Shi’a, we will resort to violence.”

And violence they use.

In late December 2011, a mob of over 500 Sunnis drove 300 Shiites from their houses in the village of Nangkernang, Madura Island. Countless dwellings, including a boarding school and a place of worship, were destroyed.

As is common in Indonesia, local authorities sided with the attackers. Only one person was charged for the attack on the village and sentenced to a symbolic three months in prison. Around the same time, local Shi’a religious leader Tajul Muluk was charged with blasphemy and sentenced to two years in prison, despite repeated protests from Amnesty International and other international human rights organizations.

After the attack, some villagers cautiously returned, only to face even more devastating terror few months later.

On August 26, 2012 around 30 Shi’ites were traveling from Nangkernang village when they were accosted by a Sunni mob armed with swords and machetes. According to Indonesian press, two people were murdered as they attempted to defend women and children. When we investigated, the villagers told us that only one person had been killed but at least five had been wounded. Moreover, they said, members of the mob had taken some Shi’a children away from their parents. The mob also set fire to several homes, including one belonging to Tajul Muluk.

We visited the village in October, defying an explicit prohibition by the police force stationed in the area. After slipping through the rice fields in the middle of the night, we finally managed to meet representatives of the local Shi’a community.

“Now we are afraid to say or to show that we are Shi’ites,” said one. “Here, two communities are living side by side. Not all attackers came from the outside; some were from our own village.”

After the onslaught, more than 170 people left central Madura for a refugee camp in the city of Sampang.

Even this facility—a converted covered tennis stadium—is out of reach for most independent journalists, and it took great effort to negotiate our entry.

Refugees were clearly in despair. They all wanted to return home, but the government insisted that they would be “relocated” instead. Once again the Indonesian government was more interested in appeasing a cabal of sectarian aggressors than in pushing for justice.

Suryadharma Ali, Indonesia’s minister of religious affairs, has left little doubt about his sympathies. “Converting Shiite Muslims to the Sunni Islam followed by most Indonesians,” he declared, “would be the best way to prevent violent outbreaks.”

The Essence of Domination

At the end of November, the desperate, disheartened, and hungry refugees in Sampang sent an envoy to the Indonesian House of Representatives.

They demanded that they be allowed to return home. They had their back against the wall, as the local government had announced it would stop supplying them with food and water.

Instead of sympathy and support, the envoy had insults thrown in his face. According to the Jakarta Post, one lawmaker “indulged in ethnic stereotyping, attributing the violence that befell the Shia to their heritage as coarse Maduran fishermen,” adding that Indonesia’s Shi’ites “must learn to adapt to the norm.” Another legislator expressed his suspicion that “the Shiites had created their own problems themselves.”

We contacted our colleagues from the NGO Kontras, which deals with displaced and disappeared Indonesians, and asked them for a comment.

“It is very sad to see that only a few legislators attended the meeting. I am afraid that they are not serious in defending the minorities here,” said Kontras coordinator Haris Azhar. “In my opinion, the essence of domination is when the fate of minorities is determined by the majority. They forget that there are rights that can’t be contested.”

The same day we called the camp in Sampang and spoke to one of our contacts there, Nur Kholis. He sounded depressed. “We feel betrayed,” he said. “The government still wants to relocate us – move us somewhere where we don’t belong. We just want to go home.”

Collusion Across the Seas

This is the latest chapter of gross discrimination against minorities in Indonesia.

Since 1965, Indonesian authorities have committed at least three massacres that could be considered genocides. Between 1 and 3 million people—mainly leftists and members of the country’s Chinese minority—died during and after the 1965 military coup. Indonesian forces also killed or starved around 30 percent of inhabitants of East Timor. And at least 120,000 people have been killed in Papua in a conflict that continues to fester.

Discrimination against Indonesia’s many ethnic and religious minorities did not end after Suharto stepped down in 1998. Since then, there have been brutal and often deadly attacks against “liberal” Muslims, Muslims from the Ahmadiyah sect, and of course against Shi’ites. There have been countless other attacks against Christians, members of indigenous traditions, and more recently Hindus as well.

Are these latest attacks homegrown? That is highly doubtful. Indonesian decision makers since 1965—military, economical, political, and religious—have long been known to collaborate with foreign powers and interests. The attacks against Shi’ites and other religious minorities in Indonesia mirror those happening in Saudi Arabia, Bahrain, and other parts of the Muslim world closely allied to the West.

“There are many madrassas in Indonesia that have been funded by money from Saudi Arabia,” says Ali Fauzi, a younger brother of one of the terrorists responsible for the bombing in on Bali in 2002. “In exchange they are expected to promote the Saudi brand of Islam – Wahhabism. They are expected to oppose Shi’a belief and even to attack Shi’ites, as the message coming from Saudi Arabia is that Shi’a teaching is heretical.”

Rossie Indira, Andre VltchekAndre Vltchek is a novelist, filmmaker, and investigative journalist. He covered wars and conflicts in dozens of countries. His book on Western imperialism in South Pacific is called Oceania. His provocative book about post-Suharto Indonesia and the market-fundamentalist model is called Indonesia – The Archipelago of Fear (Pluto). After living for many years in Latin America and Oceania, Vltchek presently resides and works in East Asia and Africa. He can be reached through his website. Rossie Indira is an independent writer, architect, and consultant. Her latest book Surat Dari Bude Ocie is about her travels to Latin American countries. With Andre Vltchek, she cowrote Exile, a book of conversations with Pramoedya Ananta Toer. She was the production manager and translator of the documentary film Terlena--Breaking of a Nation. Rossie lives in Indonesia and can be reached through her website.