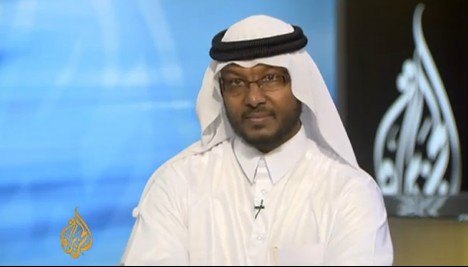 The War Against Al Jazeera and Sami al-Hajj

Sami al-Hajj, an Al Jazeera cameraman held at Guantanamo Bay for six years, was detained because of his "intelligence value" rather than any alleged wrongdoing.
By Paul Mutter | June 1, 2011 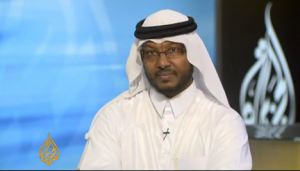 Pakistani authorities detained Al Jazeera journalist Sami al-Hajj on December 15, 2001 when he and a colleague attempted to leave Afghanistan as a result of the deteriorating security situation following Operation Enduring Freedom. The Pakistani police held him for a month before turning him over to U.S. forces as a suspected “enemy combatant.”

He was eventually sent to Guantanamo Bay, where he arrived on June 14, 2002. He then spent the next six years there, until he was cleared of all charges in 2008.

Al-Hajj was classified as an “enemy combatant” whose “access to senior terrorist leaders demonstrates his probable connections to the al-Qaida network and other militant jihadist organizations.” He was presented as “a member of al-Qaida who is an expert in logistics with direct ties to al-Qaida leadership.”

However, new evidence has come to light that now shows the U.S. government hoped to use al-Hajj as an intelligence source, perhaps even an informant, to spy on Al Jazeera’s operations, or to track down Taliban and al Qaeda leaders.

Al-Hajj was viewed as a valued asset in the U.S. government’s efforts to keep tabs on the news outlet and, according to some, send a message to the agency over its allegedly anti-American coverage of the “War on Terror.”

Al-Hajj’s “prisoner profile,” signed off on by then-Guantanamo commander Rear Admiral Mark H. Buzby, rated al-Hajj’s “intelligence value” as “high” because during his employment with al-Jazeera, “he made numerous contacts with high-level extremists to include leaders of al-Qaida and the Taliban” and “he can probably provide information about al-Jazeera Media’s possible support to al-Qaida, the Taliban, and other Islamic militant groups.”

Until this year, no documentation surfaced regarding his arrest and imprisonment, other than a string of official U.S. statements that labeled him a security risk. But in April 2011 WikiLeaks released “The Guantanamo Files” to several news outlets. The 779 internal memos in the collection are profiles of detainees produced for Department of Defense and Joint Task Force Guantanamo officials. They chronicle multiple instances of mismanagement, abuse, and other questionable actions taken toward the detainees.

Al-Hajj’s guilt and association with al Qaeda’s logistics arm, his profile states, is demonstrated partly by being “knowledgeable about certain illegal activities such as weapons and drug smuggling. ” But the memo continues, “He is careful not to implicate himself as a member of an extremist organization, or to have had any dealings with extremists beyond performing interviews as a journalist.” Most of the evidence for his supposed terrorist ties was based on testimony from other Guantanamo prisoners or unnamed foreign intelligence sources in the United Arab Emirates and Pakistan.

But after several years of appeals, al-Hajj was finally released from imprisonment and all of the charges against him were dropped.

The report details in-depth his travels and reportorial work for Al Jazeera but does not make much of his alleged al Qaeda links, even though he is described as a high-placed member of the organization. Al-Hajj interviewed several Taliban ministers and members of al Qaeda as an Al Jazeera correspondent. Al-Hajj himself believes that these links were the real reason for his imprisonment: The United States hoped to use him to get to these individuals, making the network an unknowing intelligence asset in the War on Terror. Given the Bush administration’s intelligence tactics, it made sense.

Working for the “Enemy”

It also makes sense in light of the Bush administration’s approach to media relations in the War on Terror. Al-Hajj’s detention was symbolic of the way many in the U.S. policy establishment at the time viewed Al Jazeera. He was no accidental victim: Al-Hajj’s imprisonment was only one aspect of the wider battle between the U.S. government and the news network.

Al Jazeera, founded in 1996 in Qatar, has had a troubled relationship with the U.S. government since its inception, particularly over its coverage of the Israeli-Palestinian conflict. However, the relationship took a turn for the worse after 9/11, when the U.S. government accused it of airing “terrorist propaganda,” and actively collaborating with al Qaeda. The network’s coverage of civilian causalities from U.S. military operations (the Battle of Fallujah was a particularly contentious example) and playing footage from al Qaeda and other terrorist groups’ videos drew sustained criticism from the Bush White House, the State Department, and the Pentagon.

Former Secretary of Defense Donald Rumsfeld told reporters in 2004 that “I can definitively say that what Al Jazeera is doing is vicious, inaccurate, and inexcusable.” As The Nation’s Jeremy Scahill wrote in 2005, “Al Jazeera’s real transgression during the ‘war on terror’ was a simple one: being there.” Al-Hajj, according to the Al Jazeera interviewer who spoke to him recently, was “in the wrong place at the wrong time.”

Relations have improved between the news network and the U.S. government during the Obama administration. With the United States eager to demonstrate support for the movements that have toppled the Mubarak and Ben Ali regimes, “the Arab Spring has brought Al-Jazeera in from the cold” — for now, anyway.

But relations are still somewhat frosty. And anti-Muslim sentiment has contributed to slowing Al Jazeera’s entry into the U.S. media market, as few cable providers offer the network’s English language channel. Nor has Al-Hajj received a formal apology (in this, he is not alone).

Al-Hajj’s story, and those of many others who had nothing to do with al Qaeda but were imprisoned in Guantanamo Bay, are in jeopardy of being forgotten after Osama bin Laden’s death. Former Bush administration officials like John Yoo, the key Bush administration official who fleshed out the “enhanced interrogation techniques” policy implemented at Guantanamo by the Department of Defense, have claimed that, in the wake of Osama bin Laden’s death, any accusations of abuses must be weighed against its alleged role in finding bin Laden.

This type of thinking, like the thought process that led to al-Hajj’s detention, demonstrates how bin Laden continues to menace the United States even in death.

Seven years ago, bin Laden released a video in which he said “We are continuing this policy in bleeding America to the point of bankruptcy… we, alongside the mujahedeen, bled Russia for 10 years until it went bankrupt and was forced to withdraw in defeat.” The United States has indeed bankrupted itself, materially and morally, by fighting al Qaeda on its terms. We’ll be fighting it on its terms for years to come at the rate our policies are going. Sadly, the United States is playing right into al Qaeda’s hands.

Al-Hajj was arrested for his potential intelligence value, violating the American notion of a free press. His detention is a sign of how 9/11 changed the United States for the worse.

Paul MutterPaul Mutter is a graduate student at the Arthur L. Carter Journalism Institute at NYU and a contributor to Foreign Policy In Focus. A shorter version of this article oappeared on The Arabist.