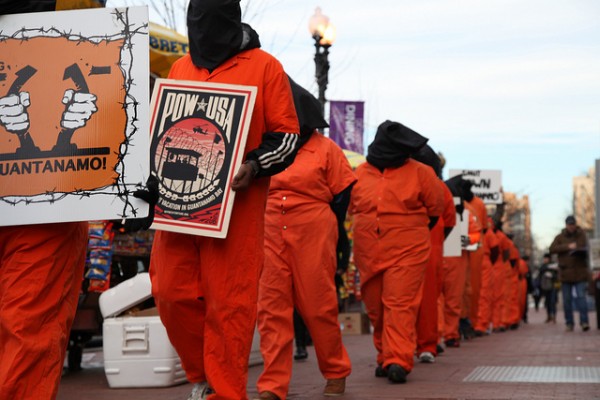 I served two years in prison for exposing the CIA's torture program. Why are the men responsible for it walking free?
By John Kiriakou | May 18, 2015

After I blew the whistle on the CIA’s torture program in 2007, the fallout for me was brutal. To make a long story short, I served nearly two years in federal prison and then endured a few more months of house arrest.

What happened to the torture program? Nothing.

Following years of waiting for the government to do something, I was heartened when I read in my prison cell — in a four-day-old copy of The New York Times — that the Senate Select Committee on Intelligence had finally released in December a heavily censored summary of its report on the CIA’s brutal “enhanced interrogation” techniques.

Finally, I thought, Congress will do something about our government’s shameful embrace of torture. It was big news — for two or three days.

I thought there’d be quick action by courageous members of both parties who respect human rights and civil liberties. I thought they’d work together to ensure that our collective name would never again be sullied by torture — that we’d respect our own laws and the international laws and treaties to which we’re signatories.

In retrospect, I was naïve, even after having served in the CIA for nearly 15 years and as a Senate committee staffer for several more.

Despite repeated efforts by the CIA to impede investigations into its conduct, the report confirmed that the program was even worse than most Americans had thought.

Take the case of Ammar al-Baluchi, who was arrested in Pakistan and sent to a secret CIA prison, where interrogators held his head under water, beat him repeatedly with a truncheon, and slammed his head against the wall, causing lasting head trauma.

This abuse wasn’t authorized by the Justice Department. So why weren’t the perpetrators charged with a crime?

Perhaps worst of all, CIA officers tortured as many as 26 people who were probably innocent of any ties to terrorism.

Sadly, the report’s release didn’t lead to any action by the White House or the Justice Department. The architects of the program haven’t been held accountable. Nor have those who clearly violated the law by torturing prisoners without any legal justifications. Why should the government have locked me up for telling the truth and given them full impunity?

But there’s still time for President Barack Obama to order the Justice Department to prosecute these perpetrators of torture. And there’s a clear precedent in how the government has confronted similar actions in the past.

In 1968, for example, The Washington Post published a photo of a U.S. soldierwaterboarding a North Vietnamese prisoner. The Defense Department investigated the incident, court-martialed the soldier, and convicted him of torture.

Why should the Senate’s torture report elicit less response than a photograph? It was wrong in 1968 to commit torture. It’s still wrong — and prosecutable — in 2015.

Some current and former CIA leaders will argue that torture netted actionable intelligence that saved American lives. I was working in the CIA’s counterterrorism center at the same time they were, and I can tell you that they’re lying.

Torture may have made some Americans feel better in the aftermath of the September 11 attacks. It may have made them feel that the government was avenging our fallen compatriots. But the report found that “the harsh interrogation methods did not succeed in exacting useful intelligence.”

Whether or not it ever gleans useful intelligence, however, is beside the point. The question isn’t whether torture works. Torture is immoral.

There has to be a red line: The United States of America must oppose torture and ban its use absolutely. That begins in the Oval Office, and Obama needs to belatedly do something about it.