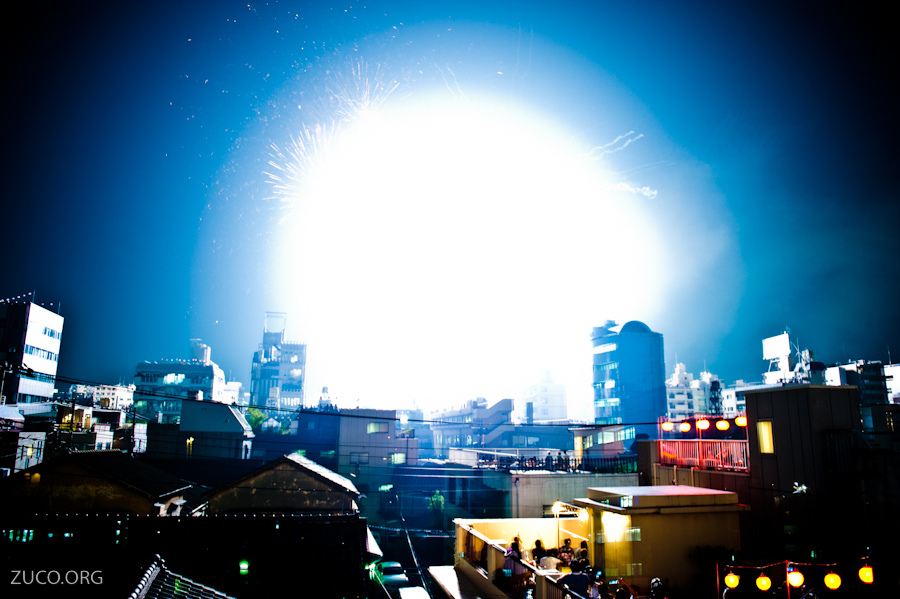 These Nuclear Breakthroughs Are Endangering the World

How a growing technology gap between the U.S. and its nuclear-armed rivals could lead to the unraveling of arms control agreements — and even nuclear war.
By Conn Hallinan | April 26, 2017

At a time of growing tensions between nuclear powers — Russia and NATO in Europe, and the U.S., North Korea, and China in Asia — Washington has quietly upgraded its nuclear weapons arsenal to create, according to three leading American scientists, “exactly what one would expect to see, if a nuclear-armed state were planning to have the capacity to fight and win a nuclear war by disarming enemies with a surprise first strike.”

Writing in the Bulletin of Atomic Scientists, Hans Kristensen, director of the Nuclear Information Project of the Federation of American Scientists, Matthew McKinzie of the National Resources Defense Council, and physicist and ballistic missile expert Theodore Postol conclude that “Under the veil of an otherwise-legitimate warhead life-extension program,” the U.S. military has vastly expanded the “killing power” of its warheads such that it can “now destroy all of Russia’s ICBM silos.”

The upgrade — part of the Obama administration’s $1 trillion modernization of America’s nuclear forces — allows Washington to destroy Russia’s land-based nuclear weapons, while still retaining 80 percent of U.S. warheads in reserve. If Russia chose to retaliate, it would be reduced to ash.

A Failure of Imagination

First, it’s difficult to imagine or to grasp what it would mean in real life. We’ve only had one conflict involving nuclear weapons — the destruction of Hiroshima and Nagasaki in 1945 — and the memory of those events has faded over the years. In any case, the two bombs that flattened those Japanese cities bear little resemblance to the killing power of modern nuclear weapons.

The Hiroshima bomb exploded with a force of 15 kilotons, or kt. The Nagasaki bomb was slightly more powerful, at about 18 kt. Between them, they killed over 215,000 people. In contrast, the most common nuclear weapon in the U.S. arsenal today, the W76, has an explosive power of 100 kt. The next most common, the W88, packs a 475-kt punch.

Another problem is that most of the public thinks nuclear war is impossible because both sides would be destroyed. This is the idea behind the policy of Mutually Assured Destruction, aptly named “MAD.”

But MAD is not a U.S. military doctrine. A “first strike” attack has always been central to U.S. military planning, until recently. However, there was no guarantee that such an attack would so cripple an opponent that it would be unable — or unwilling, given the consequences of total annihilation — to retaliate.

The strategy behind a first strike — sometimes called a “counter force” attack — isn’t to destroy an opponent’s population centers, but to eliminate the other sides’ nuclear weapons, or at least most of them. Anti-missile systems would then intercept a weakened retaliatory strike.

The technical breakthrough that suddenly makes this a possibility is something called the “super-fuze”, which allows for a much more precise ignition of a warhead. If the aim is to blow up a city, such precision is superfluous. But taking out a reinforced missile silo requires a warhead to exert a force of at least 10,000 pounds per square inch on the target.

Up until the 2009 modernization program, the only way to do that was to use the much more powerful — but limited in numbers — W88 warhead. Fitted with the super-fuze, however, the smaller W76 can now do the job, freeing the W88 for other targets.

Traditionally, land-based missiles are more accurate than sea-based missiles, but the former are more vulnerable to a first-strike than the latter, because submarines are good at hiding. The new super-fuze does not increase the accuracy of Trident II submarine missiles, but it makes up for that with the precision of where the weapon detonates. “In the case of the 100-kt Trident II warhead,” write the three scientists, “the super-fuze triples the killing power of the nuclear force it is applied to.”

Before the super-fuze was deployed, only 20 percent of U.S. subs had the ability to destroy re-enforced missile silos. Today, all have that capacity.

Trident II missiles typically carry from four to five warheads, but can expand that up to eight. While the missile is capable of hosting as many as 12 warheads, that configuration would violate current nuclear treaties. U.S. submarines currently deploy about 890 warheads, of which 506 are W76s and 384 are W88s.

The land-based ICBMs are Minuteman III, each armed with three warheads — 400 in total — ranging from 300 kt to 500 kt apiece. There are also air and sea-launched nuclear tipped missiles and bombs. The Tomahawk cruise missiles that recently struck Syria can be configured to carry a nuclear warhead.

The super-fuze also increases the possibility of an accidental nuclear conflict.

So far, the world has managed to avoid a nuclear war, although during the 1962 Cuban missile crisis it came distressingly close. There have also been several scary incidents when U.S. and Soviet forces went to full alert because of faulty radar images or a test tape that someone thought was real. While the military downplays these events, former Secretary of Defense William Perry argues that it is pure luck that we have avoided a nuclear exchange — and that the possibility of nuclear war is greater today than it was at the height of the Cold War.

In part, this is because of a technology gap between the U.S. and Russia.

In January 1995, Russian early warning radar on the Kola Peninsula picked up a rocket launch from a Norwegian island that looked as if it was targeting Russia. In fact, the rocket was headed toward the North Pole, but Russian radar tagged it as a Trident II missile coming in from the North Atlantic. The scenario was plausible. While some first strike attacks envision launching a massive number of missiles, others call for detonating a large warhead over a target at about 800 miles altitude. The massive pulse of electro-magnetic radiation that such an explosion generates would blind or cripple radar systems over a broad area. That would be followed with a first strike.

At the time, calmer heads prevailed and the Russians called off their alert, but for a few minutes the doomsday clock moved very close to midnight.

According to the Bulletin of Atomic Scientists, the 1995 crisis suggests that Russia does not have “a reliable and working global space-based satellite early warning system.” Instead, Moscow has focused on building ground-based systems that give the Russians less warning time than satellite-based ones do. What that means is that while the U.S. would have about 30 minutes of warning time to investigate whether an attack was really taking place, the Russians would have 15 minutes or less.

That, according to the magazine, would likely mean that “Russian leadership would have little choice but to pre-delegate nuclear launch authority to lower levels of command,” hardly a situation that would be in the national security interests of either country.

Or, for that matter, the world.

A recent study found that a nuclear war between India and Pakistan using Hiroshima-sized weapons would generate a nuclear winter that would make it impossible to grow wheat in Russia and Canada and cut the Asian Monsoon’s rainfall by 10 percent. The result would be up to 100 million deaths by starvation. Imagine what the outcome would be if the weapons were the size used by Russia, China, or the U.S.

For the Russians, the upgrading of U.S. sea-based missiles with the super-fuze would be an ominous development. By “shifting the capacity to submarines that can move to missile launch positions much closer to their targets than land-based missiles,” the three scientists conclude, “the U.S. military has achieved a significantly greater capacity to conduct a surprise first strike against Russian ICBM silos.”

The U.S. Ohio class submarine is armed with 24 Trident II missiles, carrying as many as 192 warheads. The missiles can be launched in less than a minute.

The Russians and Chinese have missile-firing submarines as well, but not as many, and some are close to obsolete. The U.S. has also seeded the world’s oceans and seas with networks of sensors to keep track of those subs. In any case, would the Russians or Chinese retaliate if they knew that the U.S. still retained most of its nuclear strike force? Faced with a choice committing national suicide or holding their fire, they may well choose the former.

The other element in this modernization program that has Russia and China uneasy is the decision by the Obama administration to place anti-missile systems in Europe and Asia, and to deploy Aegis ship-based anti-missile systems off the Pacific and Atlantic coasts. From Moscow’s perspective — and Beijing’s as well — those interceptors are there to absorb the few missiles that a first strike might miss.

In reality, anti-missile systems are pretty iffy. Once they migrate off the drawing boards, their lethal efficiency drops rather sharply. Indeed, most of them can’t hit the broad side of a barn. But that’s not a chance the Chinese and the Russians can afford to take.

Speaking at the St. Petersburg International Forum in June 2016, Russian President Valdimir Putin charged that U.S. anti-missile systems in Poland and Romania were not aimed at Iran, but at Russia and China. “The Iranian threat does not exist, but missile defense systems continue to be positioned.” He added, “a missile defense system is one element of the whole system of offensive military potential.”

The danger here is that arms agreements will begin to unravel if countries decide that they are suddenly vulnerable. For the Russians and the Chinese, the easiest solution to the American breakthrough is to build a lot more missiles and warheads, and treaties be dammed.

The new Russian cruise missile may indeed strain the Intermediate-Range Nuclear Forces Treaty, but it is also a natural response to what are, from Moscow’s view, alarming technological advances by the U.S. Had the Obama administration reversed the 2002 decision by George W. Bush’s administration to unilaterally withdraw from the Anti-Ballistic Missile Treaty, the new cruise might never have been deployed.

There are a number of immediate steps that the U.S. and the Russians could take to de-escalate the current tensions. First, taking nuclear weapons off their hair-trigger status would immediately reduce the possibility of accidental nuclear war. That could be followed by a pledge of “no first use” of nuclear weapons.

If this does not happen, it will almost certainly result in an accelerated nuclear arms race. “I don’t know how this is all going to end,” Putin told the St. Petersburg delegates. “What I do know is that we will need to defend ourselves.”