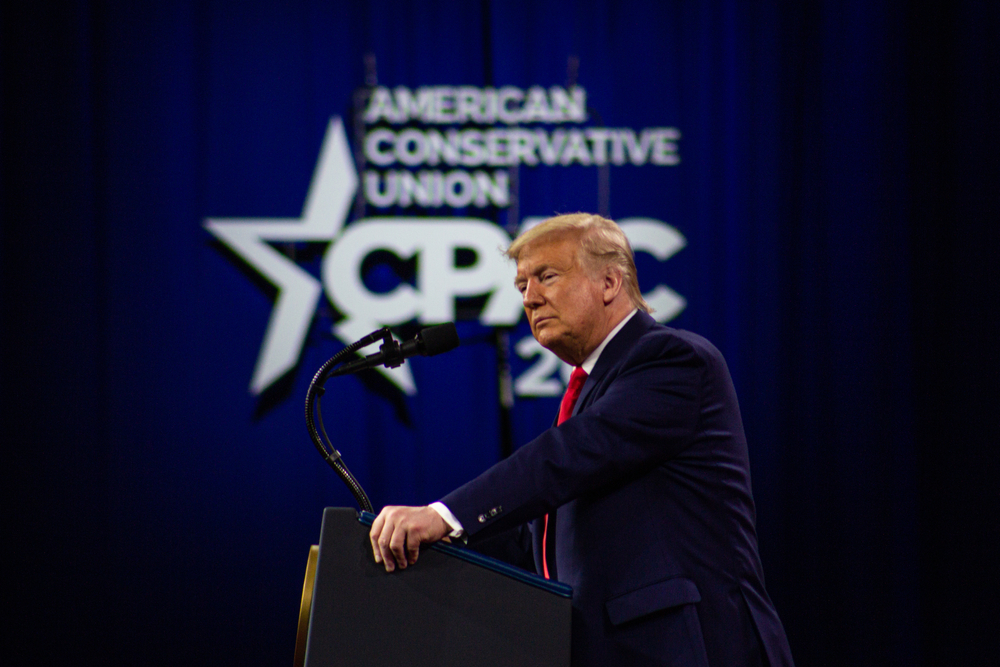 By mislabelling the radical members of the Republican Party "conservative," the mainstream media gives them a veneer of respectability.
By John Feffer | May 26, 2021

The House Freedom Caucus is routinely described as conservative, by its members, by the mainstream media, by Wikipedia. The caucus, which draws together 45 Republican Party members of the House of Representatives, is the furthest to the right of any major political formation in the United States. The most extreme and flamboyant politicians in America, like scandal-plagued Matt Gaetz of Florida and gun-toting Lauren Boebert of Colorado, are proud to call the Caucus their political home. Even Marjorie Taylor Greene of Georgia, after threatening to form an explicitly racist America First caucus, chose ultimately to continue promoting her nativist, QAnon-inspired beliefs from within the Freedom Caucus.

By any reasonable measure, the Freedom Caucus and its members are not conservative. Because of their disruptive tactics and rhetoric, their contempt for bedrock conservative values like the rule of law, and their embrace of the most radical populist in modern U.S. history, they are more akin to European far-right politicians like those in the Alternative fur Deutschland in Germany and Fidesz in Hungary. Traditional Republicans recognize that the Caucus and its members have nothing to do with the party they joined many years ago. Former House Speaker John Boehner, a more traditional Republican, gave an apt description of the caucus when he said in 2017, “They’re anarchists. They want total chaos. Tear it all down and start over. That’s where their mindset is.”

The misidentification of the Freedom Caucus as “conservative” is not the only example of the misuse of this term. At various points over the last four years, Donald Trump was called a “conservative” president. Certain policies, like the dismantling of environmental regulations or the promotion of laissez-faire economics, have also been erroneously called “conservative.” Various media outlets and personalities, from One America News to Glenn Beck, have likewise been mislabeled “conservative.” When The Washington Post tries to rectify the problem by labeling far-right activist Ali Alexander an “ultraconservative,” it only makes matters worse. An ultraconservative should be even more determined to uphold the status quo rather than, like Alexander, trying to undermine it.

The recent ouster of Liz Cheney from her position as the third highest-ranking Republican in the House has only further muddied the waters of this definitional quagmire. True, Cheney has upheld law and order in defending the integrity of the 2020 election against the revolutionary fervor of the Trump Firsters in her party. Prior to her recent stand, however, Cheney herself flouted many of the principles of conservativism by embracing the more radical policies of the Trump-inflected Republican Party, voting with Trump over 92 percent of the time on such issues as gutting the environment.

The misuse of the term “conservative” is the result not only of a structural quirk of American politics but also the evolution of political ideology in the United States.

In Europe, multi-party systems allow for greater nuance in political labelling. Thus, conservatives in the various Christian Democratic parties compete for votes against far-right populist parties that embrace anti-democratic, racist, and even fascist positions. America’s two-party system, on the other hand, collapses such distinctions into a binary opposition between a single “liberal” and a single “conservative” party. If a faction emerges within the Republican party, therefore, it is by definition “conservative” even if it so obviously isn’t. It’s as if politics in America is digital—either one or zero—while European politics reflect all the messy gradations of the analog realm.

At the same time, ideologies have evolved considerably in the United States over the last half-century. “Conservative” once stood for preserving traditional arrangements in society such as family, faith, community, and small business against the modernizing forces of the market. Conservatives have also adopted the British philosopher Edmund Burke’s distaste for the Enlightenment project of human rights and egalitarianism. Conservatives were also once conservationists (remember: it was Richard Nixon who, in 1970, created the Environmental Protection Agency and signed the Clean Air Act Extension).

The Reagan/Thatcher revolution changed all that. Conservatives suddenly became ultra-liberal in the economic sense. They wholeheartedly embraced the free market in their eagerness to deploy any powerful force against what they considered to be the primary evil in the world: big government. They supported laissez-faire economics—essentially, no government controls on the economy—even though unrestrained market forces tear apart communities, break apart families, undermine faith, destroy family farms, and sweep away small businesses. But since such a market served as a counterforce to government authority, the neo-liberal conservatives prepared to throw out whatever babies were necessary in order to get rid of the bathwater.

A further revolution in conservative thought came with the neoconservatives. These foreign policy hawks discovered a fondness for human rights and a taste for revolutionary change, as long as it was in countries the United States opposed. Overthrowing the Taliban, Saddam Hussein, and Muammar Qaddafi, which required a revolutionary destruction of the status quo, became a new addition to the conservative agenda.

In some respects, Trump attempted to purge the conservative movement of these two newer tendencies through his rejection of both the cherished free trade of the neoliberals and the “forever wars” of the neoconservatives. In their place, the new president reverted to the older right-wing ideology of nationalism, populism, and racism of the Know-Nothing Party of the 1850s and the America First movement of the 1940s. At the same time, however, Trump retained the allegiance of these newfangled conservatives by slashing government involvement in the economy and championing higher Pentagon spending.

As a result, the current Republican Party features a dog’s breakfast of right-wing ideologies. You can still find ardent neoliberals like Sen. Rob Portman of Ohio who espouse free-trade economics and a few neocons like Sen. Tom Cotton of Arkansas who rail against neo-isolationism. A solid majority of the party, Liz Cheney notwithstanding, backs Trump no matter how much he deviates from conservative values.

Given the inability of Republicans to define themselves with any degree of precision and their preference for hiding behind labels like “conservative,” it’s no wonder that the media has difficulty parsing right-wing terminology. If the Freedom Caucus calls itself “conservative,” and the American Conservative Union agrees, should it really be the job of The New York Times to correct the record?

And yet, that’s precisely what the mainstream media does for other ludicrously inapt designations. No major newspaper believes that North Korea is democratic simply because its official name is the Democratic People’s Republic of Korea. No mainstream journalists would mistake the far-right Sweden Democrats for the U.S. political party of the same name. As for Russia’s Liberal Democratic Party, it is nothing of the sort, since it’s only the personal political vehicle of the raving extremist Vladimir Zhirinovsky, and pity the poor reporter who takes the party at face value.

It’s long past time for the mainstream media to apply these common-sense rules of nomenclature to American politics.

There are several efforts ongoing to wean the Republican Party of its addiction to Trump. Perhaps a more important first step would be to reclaim the term “conservative” so that it applies in the United States to the same system of values that inspires conservative parties in Europe. Only then will the Republican Party have a chance of becoming once again a defender of the status quo rather than its chief wrecking ball.