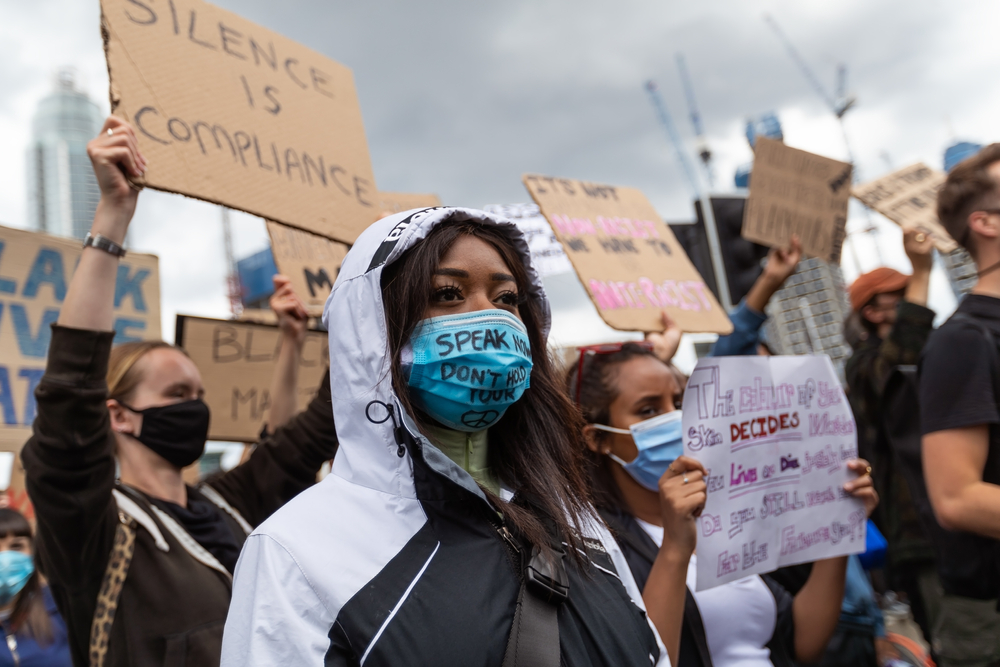 From the pandemic to climate change to police violence, today’s crises require global collaboration on a scale never seen before.
By Imani Countess | April 21, 2021

Last summer, Black Lives Matter protests in the United States after the murder of George Floyd echoed around the world.

Evoked by the worldwide visibility of the brutal killing on video, this solidarity also reflected visceral anger against police violence in a host of other countries — including African countries like Kenya, South Africa, and Nigeria.

Millions across the world, not just the U.S., watched the trial of Floyd’s killer Derek Chauvin in Minneapolis. The celebration and relief at Chauvin’s conviction won’t just be felt here.

Today’s global crises — police violence, a global pandemic, the climate emergency, and many more — require action wherever we live. But they also require global collaboration on a scale never seen before.

Despite Biden’s pledge to “build back better” after the destructive Trump era, the new president still appears reluctant to take these global obligations seriously.

For example, the Biden administration has moved aggressively to roll out vaccines here in the United States. But it has rejected global appeals to waive patent rights for vaccines, to share vaccine technology, and to require transparency from pharmaceutical companies about their pricing.

The result is “vaccine apartheid” on a global scale. As of early April, 20 percent of the population in North America had received at least one dose of a vaccine, compared to less than 1 percent in Africa.

Global inequalities play out on so many issues like these that it is no exaggeration to talk of a more general “global apartheid.”

This global system is structured not only by race, but also by class, gender, and national origin. There are many different levels of privilege and vulnerability. But similar patterns are repeated from the local to the global levels.

African countries are among the most vulnerable. And, although its power is waning, the United States is still among the most privileged — and resistant to change. U.S. policy on global issues will not change fundamentally without widespread public demand.

Can we as U.S. citizens be inspired to join global movements for justice and see them as linked to, rather than competitive with, action on pressing issues at home?

Thirty-one years ago, on April 16, 1990, I sat in London’s Wembley Stadium with 70,000 others celebrating Nelson Mandela’s release. I heard a familiar accent nearby, and it turned out to be several folks from Pikesville, Maryland.

I was born and raised in nearby Baltimore. Pikesville was a majority-white suburb of families that fled the city in response to desegregation efforts. Nonetheless, there we were, together in London celebrating the success of a transnational solidarity movement led by Black and brown South Africans.

The obstacles to global solidarity may seem overwhelming. But we can redefine the possible, argues Varshini Prakash of the Sunrise Movement, the youth movement that has put the Green New Deal on the political agenda in the United States. “In your demands and your vision,” she says, “don’t lead with what is possible in today’s reality but with what is necessary.”

In 2021, joining forces for justice across national boundaries is not a choice. It is a necessity.

Imani Countess is the Founder and Director of the U.S.-Africa Bridge Building Project.