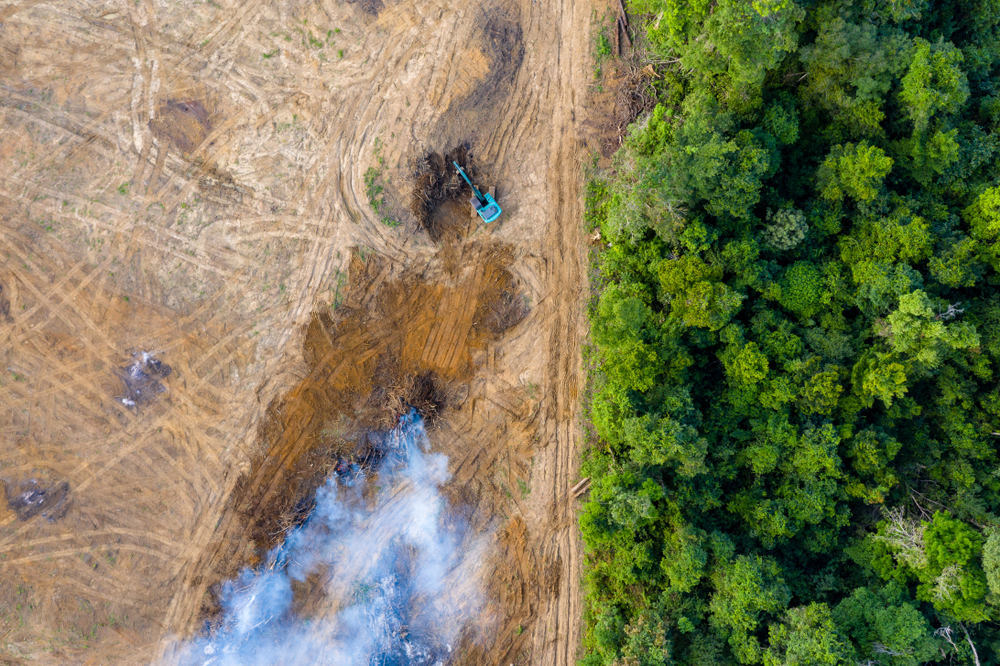 This Year’s Forest Fire Season Could Be Even Deadlier

Countries are using the coronavirus crisis to lift environmental regulations, even as COVID-19 leaves populations more vulnerable to health impacts from fires.
By Luciana Tellez-Chavez | May 20, 2020

The world’s forests could soon join the growing list of casualties of the coronavirus pandemic. The fire season is approaching for many. And governments grappling with COVID-19 are rolling back enforcement of environmental protections that are crucial for containing the fires.

COVID-19 makes the effort to reduce forest fires more urgent, not less. This is especially the case as those who are most affected by smoke from the fires — older people, and people with pre-existing heart and lung diseases — are also at higher risk if they contract the virus.

Recognizing how air pollution caused by smoke may increase vulnerability to COVID-19, British Columbia’s Environment Ministry recently banned open burning of vegetative debris in areas at high-risk for wildfires. The Canadian province acted on a recommendation from its Center for Disease Control to reduce excess air pollution. In the U.S., the state of Colorado took similar measures to protect residents.

But they are the exception.

In Brazil, most fires in the Amazon rainforest are intentionally set, often on illegally cleared land, chiefly between June and October. President Jair Bolsonaro’s efforts to weaken environmental enforcement have led to a dramatic increase in deforestation, and last year’s fires concentrated along these newly razed areas, scientists from NASA and the Brazilian space agency concluded. Environmental enforcement has continued to drop during the pandemic, with preliminary estimates of forest loss up by 50 percent in 2020 compared with last year, according to government data.

In Indonesia, rather than relaxing enforcement, the authorities have scrapped regulations that keep illegal logging in check altogether. As of May, exporters will no longer need to obtain licenses verifying that their timber and wood products come from legal sources. The trade minister justified the move as part of a stimulus to boost the timber industry amid the economic slowdown caused by the COVID-19 outbreak.

It is understandable that some governments might be tempted to reduce enforcement in the midst of the pandemic. But that would be a mistake for several reasons.

For one, curbing deforestation is essential to mitigate climate change, which in the long term threatens to have catastrophic consequences for human life and public health. As illegal logging and fires combine to shrink forests, they degrade ecosystems that play a crucial role as “carbon sinks,” absorbing carbon from the atmosphere and offsetting the greenhouse gas emissions that drive global warming. Moreover, destruction of forests itself releases large quantities of carbon.

Recent studies indicate that deforestation is driving the Amazon rainforest toward an “irreversible tipping point” where it will dry out and degrade into shrubland, releasing massive amounts of greenhouse gases into the atmosphere.

In the boreal forests of the northernmost parts of the world, like the Russian taiga, fires are seasonal — but there too, corruption and environmental crime are suspected of amplifying them. As with the Amazon, studies indicate that they might be reaching a tipping point. Absent effective conservation measures, boreal forests could turn into a savannah, and bigger, more frequent fires could cause them to start releasing more carbon than they store, a NASA-funded study found.

In addition to contributing to climate change, forest fires present a more immediate and very grave threat to public health. Every year, the smoke that rises from burning landscapes causes increased heart and lung diseases — health conditions that increase the risk of severe illness or death from COVID-19, as well as thousands of premature deaths among people exposed to the haze.

In Australia, smoke from the bushfires caused more than 400 deaths and 3,000 hospitalizations for cardiovascular and respiratory problems. Brazilian scientists affiliated with the Health Ministry found that, in the areas worst-affected by the fires in 2019, the number of hospitalizations of children with respiratory diseases doubled in May and June, at the very beginning of the fire season, totaling 5,000. Previously, Harvard and Columbia University scientists calculated that haze from Indonesia’s fires in 2015 will result in 100,000 premature deaths across Equatorial Asia.

“There’s evidence that even short term exposure to poor air quality [such as that caused by haze from the fires] could make us vulnerable to respiratory infections,” Dr. Aaron Bernstein, interim director of the Center for Climate, Health, and the Global Environment at the Harvard T.H. Chan School of Public Health, told Human Rights Watch. Air pollution caused by the fires may lead to more severe symptoms or increased deaths among those with COVID-19, Dr. Bernstein said.

Other governments should follow British Columbia’s and Colorado’s lead and step up their own efforts to contain the coming fire season. Such measures will protect health in the short and long term as we fight COVID-19, future viral respiratory epidemics, and the catastrophic health effects of climate change that are already beginning to be felt.Luciana Tellez-Chavez is an environment researcher at Human Rights Watch.

Luciana Tellez-Chavez is an environment researcher at Human Rights Watch.