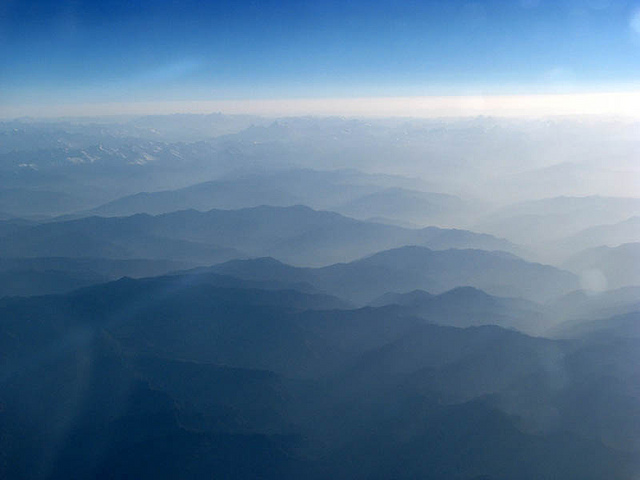 The Threshold for Nuclear War Between Pakistan and India Keeps Dropping

Pakistan is playing fast and loose with the precautions to nuclear war.
By Russ Wellen | December 9, 2014

Most people think that, since the end of the Cold War, chances that a nuclear war will break out are slim to none. Though some nervousness has surfaced since the Ukraine crisis, it’s true that, barring an accident, the United States and Russia are unlikely to attack each other with nuclear weapons. Southeast Asia is another matter, as Gregory Koblentz warns in a report for the Council of Foreign Relations titled Strategic Stability in the Second Nuclear Age. Interviewed about the report by Deutsche Welle, Koblentz pointed out: “The only four countries currently expanding their nuclear arsenals are China, India, Pakistan and North Korea.”

China, for example, is developing mobile intercontinental ballistic missiles to prevent its stationery ICBMs from becoming sitting ducks, as well as submarines capable of launching ballistic missiles. Meanwhile, by 2020, Pakistan could have enough nuclear material to build 200 nuclear weapons, about as many as Great Britain currently has. Koblentz told Deutsche Welle:

As if terrorism, such as the Mumbai attacks of 2008, and territorial disputes, such as over Jammu and Kashmir, don’t make relations between Pakistan and India volatile enough, a new element has been introduced. Pakistan is now seeking to develop low-yield tactical nuclear weapons (as opposed to strategic ― the big ones) to compensate for its inferiority to India in conventional weapons and numbers of armed forces. Koblentz told Deutsche Welle:

Since the conventional military imbalance between India and Pakistan is expected to grow thanks to India’s larger economy and higher gross domestic product (GDP) growth rate, Pakistan’s reliance on nuclear weapons to compensate for its conventional inferiority will likely be an enduring feature of the nuclear balance in South Asia.

What makes tactical weapons so dangerous is that, by blurring the distinction between nuclear and conventional weapons, they turn nuclear weapons from unthinkable to thinkable. Equally as dangerous, Koblentz explains:

The introduction of tactical nuclear weapons may lead Pakistan to loosen its highly centralized command and control practices. Due to their short-ranges (the Nasr/Hatf-IX has a range of about 60 kilometers), these types of weapons need to be deployed close to the front-lines and ready for use at short-notice.

Thus are lower-ranking officers granted “greater authority and capability to arm and launch nuclear weapons” which “raises the risk of unauthorized actions during a crisis.” Another risk

… is inadvertent escalation. There is the potential for a conventional conflict to escalate to the nuclear level if the commander of a forward-deployed, nuclear-armed unit finds himself in a ‘use it or lose it’ situation and launches the nuclear weapons under his control before his unit is overrun.”

It’s all too vertiginous for words. Some in the United States might think that’s not our problem. Pakistan and India are digging their own grave ― let them lie in it.” But, of course, nuclear war in Southeast Asia has the potential to turn the entire world into a grave. To wit:

Summary of Consequences of Regional nuclear war between India and Pakistan
(from studies done at Rutgers, the University of Colorado-Boulder and UCLA)

• War is fought with 100 Hiroshima-size weapons (currently available in India-Pakistan arsenals), which have half of 1 percent (0.05%) of the total explosive power of all currently operational and deployed U.S.-Russian nuclear weapons

•  20 million people die from the direct effects of the weapons, which is equal to nearly half the number of people killed during World War II

• The smoke spreads around the world, forming a stratospheric smoke layer that blocks sunlight from reaching the surface of Earth

• Within 10 days following the explosions, temperatures in the Northern Hemisphere would become colder than those experienced during the pre-industrial Little Ice Age

… This cold weather would also cause a 10% decline in average global rainfall and a large reduction in the Asian summer monsoon.

• These changes in global climate would cause significantly shortened growing seasons in the Northern Hemisphere for at least years. It would be too cold to grow wheat in most of Canada.

• World grain stocks, which already are at historically low levels, would be completely depleted. Grain exporting nations would likely cease exports in order to meet their own food needs.

• Some medical experts predict that ensuing food shortages would cause hundreds of millions of already hungry people, who now depend upon food imports, to starve to death during the years following the nuclear conflict.

When it comes to nuclear weapons, we truly are all in it together. Many claim that whatever leadership the United States and the West might demonstrate in disarmament would be lost on Asian nuclear-weapon states. But they fail to take into account how disarmament is becoming a norm all over the world including in Asia.