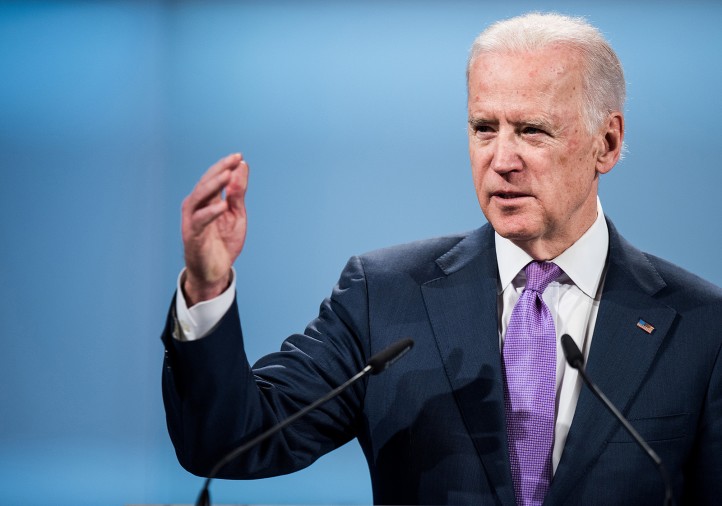 Donald Trump’s racist tweets, and his regular retweets of far-right zealots like Katie Hopkins — a former mainstream British pundit who has attacked blacks, Muslims, immigrants and Jews — have rightly stoked outrage in the U.S. and around the world at the president’s flagrant endorsement of racist bigotry.

But much of this outrage assumes that if Trump is deposed in the next election, we will be able to happily restore American democracy to its former glory. The problem is that while Trump is undoubtedly odious, he is not “the problem” — the problem goes much deeper.

Donald Trump does not follow Katie Hopkins on Twitter. And he doesn’t even have any Twitter lists which might include people like Hopkins on them. This means that Trump’s retweets of Hopkins are not spontaneous outbursts of his own, as many assume. Rather, someone in Trump’s office is putting Katie Hopkins’ tweets in front of him and encouraging him to amplify them.

In other words, Trump’s far-right Twitter amplification is not an accident, but a carefully planned White House communications strategy being driven by his most senior advisors. Trump is merely the tip of the spear. At root is a vast effort to permanently gut and overhaul the entire U.S. federal government, to become an apparatus of white supremacism.

But we are hopelessly naïve if we assume that this structural shift is purely a problem of the Republican Party. Of course, the Republicans have demonstrated their complicity in this shift both by willful enabling and silent acquiescence. But the processes we now see deforming the White House began under previous presidencies and have infected vast swathes of the “Resistance” as well.

Under the Obama administration, the repressive institutional practices of border enforcement accelerated. Border agents destroyed and obstructed humanitarian supplies for migrants with impunity. And family detention was introduced as a cornerstone of Obama’s effort to contain what his administration described as a migrant “crisis.”

In 2014, in a horrifying precursor to Trump’s family separation policy, Hillary Clinton declared: “Just because your child gets across the border, that doesn’t mean your child gets to stay.” Living conditions in detention facilities were atrocious, and the authorities received over 5,000 sexual abuse complaints from migrants, including minors.

This July, when families of victims among the roughly 3 million immigrants deported under the Obama administration held a protest sit-in at Joe Biden’s campaign headquarters, six people were arrested by police — but no one from the Biden campaign could be bothered to respond to the group.

This is nothing new. Biden previously worked with racist senators to oppose policies that would overturn racial segregation in schools.

Make no mistake. Bigotry is bipartisan — and we need to root it out in our own movements if we want a hope of taking out the Trump administration.

No wonder Rep. Rashida Tlaib has said that “Islamophobia is very much among the Democratic Party and the Republican Party.” While the Republicans have an overt history of racism that has intensified under Trump, the Democrats have a long track record of institutional racism that goes largely unchallenged.

This is reflected in progressive movements at large on both sides of the Atlantic. In a powerful piece for The Nation, Guardian columnist Gary Younge pointed out that “from education to gun control, progressive movements need to do a better job empowering the people whose interests they claim to serve.”

Whether in our political parties, our organizations and institutions, our conferences and events, or our local communities, people of color are consistently marginalized compared to their white counterparts who often, with the best of intentions, purport to speak and act on our behalf.

But this can never work. In Younge’s words, “for a healthy and organic relationship to develop between an organization and its base, the organization must be representative of and engaged with those whose needs it purports to serve. In other words, to do good work one should not speak on behalf of the people but empower them to speak for themselves.”

One of the most egregious areas where this is happening is in the global environment movement.

Last month, campaign group Green2.0 released its new report covering data on the environmental movement’s top NGOs and foundations, such as PEW Environment, Rockefeller, and MacArthur. Despite important efforts to increase diversity, the report found that these organizations remain “overwhelmingly white,” with people of color increasingly finding themselves pushed out, and a racial gap that is “widening” rather than closing.

Europe’s War on Asia and Africa

This sort of structure has tangible, potentially devastating effects. Parts of the environmental movement tend to advocate Eurocentric policies framed around the interests of white liberal consumers and their parochial anxieties. For instance, on the basis of concerted campaigning from a nexus of overwhelmingly white environmental campaign groups, the European Union effectively banned palm oil for biofuels on the grounds that it is the main driver of global deforestation, climate change and species extinctions.

What has been largely ignored is how the EU’s decision is not going to stop deforestation at all, but will probably escalate it — along with climate change and species extinctions.

Numerous studies warn against simply banning palm oil, because doing so will only displace demand onto other less efficient oilseed commodities like rapeseed, sunflower, and soy, which actually use up far more land, fertilizer and pesticides than palm. That means that by banning palm oil, the EU will drive up consumption of oilseeds that will drive greater levels of deforestation.

According to Professor Martin Persson, a resource scientist at Chalmers University of Technology, “Palm is actually a fantastic crop in principle. It uses far less land than other vegetable oils. In theory, there is plenty of already cleared land to grow commodities like palm oil and soy, or to host cattle — so we need incentives and regulations to ensure that companies adhere to proper sustainability criteria.”

What’s worse is that the fraught politics of palm oil has become increasingly racialized. Persson’s recently published peer-reviewed research showed that Western consumers, through imports of beef and soy produced in places like Latin America and Africa, are responsible for some 30 percent of deforestation-linked carbon emissions — as compared to less than 14 percent in the Asia-Pacific from palm oil.

By focusing only on biofuels and palm oil, the EU effectively supported its own dirty biofuels industries, bowing to their clamoring lobbying efforts despite evidence that they, too, are responsible for climate change. They also cast the blame solely onto the developing economies of Malaysia and Indonesia, the world’s main palm oil producers, despite them playing a lesser role than beef and soy combined.

Not only, then, will the EU palm oil ban — however well-intentioned — completely fail to put a halt to the rampant deforestation driving climate change, it sends a message to these developing economies that there is simply no reason for them to continue trying to make their palm oil production sustainable.

Suppressing Development in the Name of Environmental Conservation

The EU’s approach also threatens the livelihoods of millions of smallholder farmers across Asia and Africa who have depended on palm to lift themselves out of poverty, and who need incentives and support to transition to sustainable practices — not threats, bans, and demonization.

Development experts across these poorer countries are asking hard questions about this bizarre abuse of environmentalism as a weapon of control. Thompson Ayodele, Senior Research Fellow at the Initiative for Public Policy in Lagos, Nigeria, points out that “the EU’s push on palm-based renewables isn’t just about energy. It’s more about a pure dislike of palm oil: because it is imported mostly from developing countries.” EU policy is simply a “cover for keeping out cheaper imported commodities and propping up its declining agricultural sector.”

Indeed, what the EU has conveniently forgotten is that European colonists were the ones who established these regions as specialized palm oil producers, for their own benefit. Rather than simply shutting them out, the EU has a historic responsibility to help them transition.

We see similar tendencies emerging in one of the most prominent progressive movements centred in the UK — Extinction Rebellion (XR) — but which has branches and actions in the U.S., Europe, Australia, and elsewhere. The XR movement is focused on raising awareness of the urgency of climate change, while demanding immediate government actions to transition rapidly and comprehensively to clean energy systems. But while many in the movement speak critically of the wider global economic system, it notoriously suffers from major blindspots on race, class, and international development.

XR is overwhelmingly white and middle class, and its tactic of maximizing mass arrests has been roundly criticized by people of color for inherently marginalizing them, given the historic record of police brutality toward ethnic minorities. While giving lip service to the fact that poorer, developing nations will suffer the most from climate impacts, the fact that XR has minimal representation of people of color in its top leadership ranks means that it is severely handicapped from being able to truly represent their concerns, as well as that of working classes more broadly.

And that is why its demands do not offer people of color the serious prospect of emancipation, no meaningful program for social justice, and no glimpse of what inclusive political and economic reforms really look like.

All this speaks to a core reason that “the Resistance” has failed so far — it has failed to recognize its own deep-rooted institutional weaknesses, its own marginalization of Muslims, people of color, and ordinary working people. And that is partly why we find ourselves in the predicament where some leading Democrats are either alienated from their own voter base (think Biden), or end up joining forces with Trump to attack leading progressive women of color in Congress (think Nancy Pelosi).

In reality, progressive movements are cannibalizing themselves in a way that only strengthens and empowers the right-wing white supremacists who wear their racism as a badge of honor. So by all means, let’s call Trump to account. But we will not succeed in resisting him if we don’t call out the forces that incubate him: the entrenched nature of institutional racism and Islamophobia that festers across our movements and wider societies.

Professor Saeed Khan is Senior Lecturer in the Department of Near East and Asian Studies at Wayne State University, a Research Fellow at Wayne State University’s Center for the Study of Citizenship. and Adjunct Professor in Islamic Studies at the University of Detroit-Mercy. He is also U.S. Director of the Centre for the Study of Transatlantic Diasporas and a former U.S.-U.K. government consultant on citizenship, who now co-hosts the radio show “Detroit Today” on Detroit Public Radio.