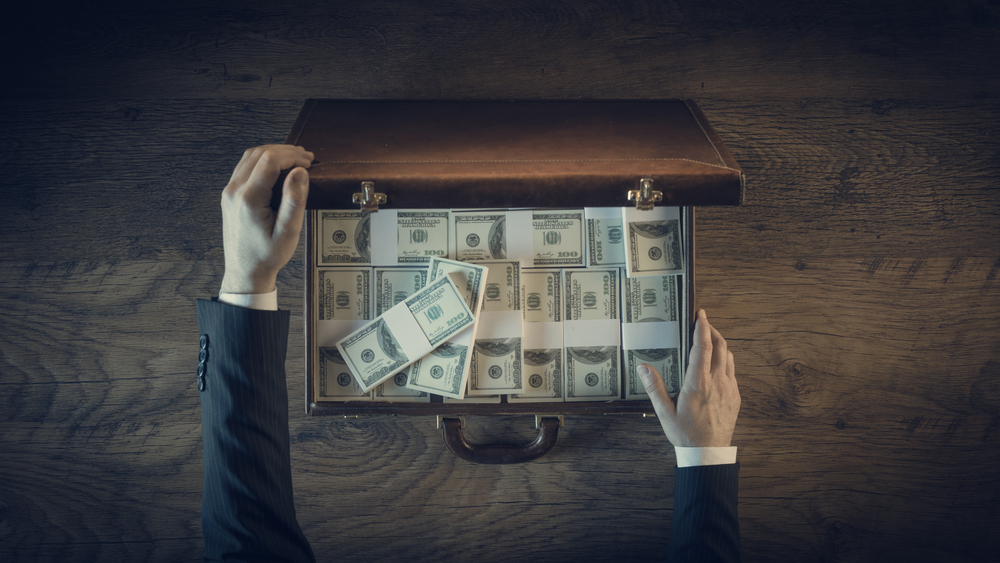 To Fund African Development, Curb the Looting of African Wealth

Where does Africa’s stolen wealth end up? Among other places, Trump Tower.
By William Minter | May 8, 2019

When the UN forum on development finance met last month at UN headquarters in New York, the issue of illicit financial flows — aka stolen wealth — was buried deep within the forum’s report.

Meanwhile, examples of stolen African wealth, hiding in plain sight, could be found only blocks away, parked in high-end real estate like Trump Tower or passing through global banks such as Credit Suisse.

Multinational corporations, corrupt officials, and financial intermediaries around the world are siphoning off African wealth. Illegal tax evasion and legal-but-sleazy tax avoidance, together with misguided policies such as tax treaty giveaways, drain revenues before they can be taxed. This leaves national budgets starved for resources to invest in Africa’s health, education, and sustainable economic growth.

These are the conclusions of a UN Economic Commission for Africa (ECA) report released in March, which stressed the urgency of curbing “revenue leaks” to find funds for African development.

The ECA report lays out specific ways in which African countries can curb these losses. Despite corruption in many governments on the continent, Africa can count on a rising number of honest civil servants doing their best to meet people’s needs, as well as civil society organizations campaigning for transparency. But, the report stresses, African efforts are bedeviled by the fact that much of the diverted wealth ends up hidden in financial capitals outside Africa.

Two recent examples are a $7.1 million condominium in Trump Tower, purchased with funds stolen from oil revenues in the Republic of Congo, and a fraudulent $2.2 billion set of loans to Mozambique, which the Mozambican government may be obliged to pay back. Recouping losses from such transactions, and preventing future losses, is far from easy. But exposing the hidden money trails is an essential first step.

Global Witness uncovered the complex path the money took on its way to Trump’s gilded haven. The trail began with a $765 million payment by the Congolese government to the Delaware subsidiary of a Brazilian contractor. This was followed by a $31 million payment from Delaware through a shell company in the British Virgin Islands to yet another shell company in Cyprus set up by a lawyer in Portugal. The final transfer was $7.1 million to the New York LLC. Meanwhile, the Portuguese lawyer, who represented both the Brazilian company and the Congo government, had transferred ownership of the company in Cyprus to Claudia Sassou-Nguesso, daughter of the Congolese president.

The wealth parked in one Trump Tower condominium is only a fraction of the millions funneled out of Congo’s oil sector by that country’s president and his family. Most oil sales are managed through Swiss trading companies linked to Congo’s ruling family, and investigations in France have also targeted the family’s numerous holdings in that country.

In the Mozambique case, an indictment issued by a grand jury in the Eastern District of New York in December 2018 featured a multinational cast of characters. The five named individuals indicted include the former minister of finance of Mozambique, a Lebanese businessman representing an international shipping conglomerate in Abu Dhabi, and three London-based bankers, employed at the time by the giant Swiss bank Credit Suisse. Mozambican civil society is challenging the legitimacy of the loans, which were not legally approved, and the Mozambican government has filed a case against the bank in London’s High Court.

How much Mozambique has to pay on these loans will depend on legal proceedings in Mozambique, London, New York, and Switzerland. The outcome will have a major impact on the country’s capacity to recover from the massive storms that struck Mozambique in recent months.

Even when such cases are exposed, efforts to recuperate stolen wealth rarely succeed. Despite a World Bank program for recovery of stolen assets, only $147.2 million was returned by Organization for Economic Co-operation and Development (OECD) members between 2010 and June 2012. This is a small fraction of the estimated $20–$40 billion stolen each year. That is why the ECA focuses primarily on stopping theft before it occurs by improving African capacity to monitor and tax the operations of multinational corporations, particularly in the rich sector of natural resources.

Africa’s efforts can be strengthened by parallel action in rich countries, where tax evasion and tax avoidance are also eroding government capacity. The movement for tax transparency is growing around the world, fueled by news such as the fact that sixty of the top Fortune 500 companies paid zero taxes or got tax refunds in 2018, including Amazon, IBM, and General Motors.

A new study from the Financial Accountability and Corporate Transparency (FACT) Coalition documents the growing international trend, supported by investors as well as activists, to require public country-by-country reporting by multinational corporations. This would enable investors and governments to see precisely where profits are earned, rather than allowing them to be secretly transferred to low-tax or no-tax jurisdictions.

The other key step, now gaining support across the political spectrum, would be to require all companies to report their real owners rather than allow anonymous shell companies. Many shell companies are located in the United States — “one of the easiest places in the world for money launderers, criminal organizations, and terrorist groups to hide money,” according to an advocacy group for social benefit corporations. The Corporate Transparency Act of 2019, now before the U.S. House of Representatives, would require the owners of all companies registered in U.S. states to be reported to the Financial Crime Enforcement Network.

African countries can and should mobilize all the domestic resources possible to invest in development and respond to disasters. But any lasting solutions also require global cooperation to curb the continued bleeding of Africa’s wealth.