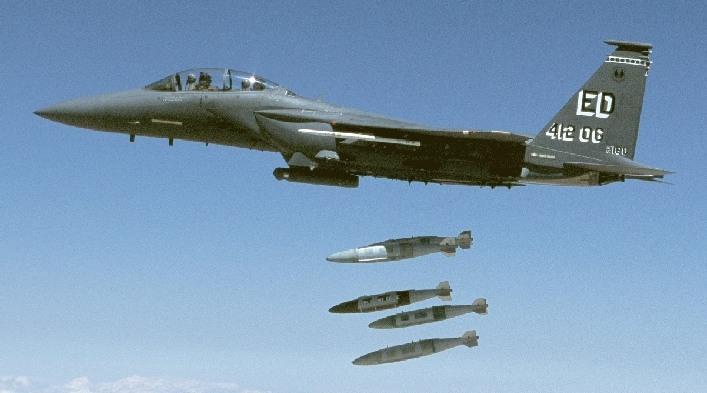 Washington is gearing up for a historic arms sale to Riyadh. So why is it so hard to learn the details of the deal?
By Anthony Newkirk | July 1, 2011 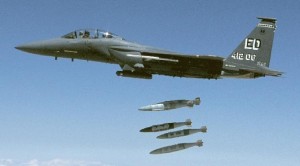 On May 19, President Barack Obama said that “extraordinary change” is sweeping the Middle East. But the president’s silence about signs of counter-revolution in the Middle East is deeply disturbing. This silence comes not just from the White House but also from the Republican and Democratic leaderships in Congress, and the mass media. There is a particularly deafening silence about the arms deal negotiated with the Kingdom of Saudi Arabia last year.

Assistant Secretary of State for Political-Military Affairs Andrew Shapiro said that the agreement signals that the United States will help Riyadh “deter and defend against threats on its borders and to its oil infrastructure.” Without referring to the JDAM kits, Assistant Secretary of Defense for International Security Affairs Alexander Vershbow argued that the proposed deal would not threaten Israeli military dominance. Curiously, the Israelis raised no objections. Furthermore, except for one inquiry, no resolution opposing the sale was introduced in Congress within the 30 days mandated by the 1976 Arms Control Export Act.

Getting information about the Saudi arms deal is not easy. The House Committee on Foreign Affairs, the Defense Security Cooperation Agency (DSCA) that oversees “defense trade,” and the office of former Congressman Anthony Weiner (D-NY), a noted congressional critic of Saudi Arabia, all declined to comment. But the Wall Street Journal reports that the “$60 billion Saudi deal for F-15 fighters has already cleared Congress but prospective sales of naval ships and missile-defense systems to Saudi Arabia and other regional partners have yet to be completed and could run into congressional hurdles.”

The few references to the Saudi arms deal made by U.S. government officials in public have been ambiguous. On May 3, Andrew Shapiro admitted in a speech given to the Defense Trade Advisory Group at the State Department that policymakers must account for the changing “geopolitical landscape” in the Middle East. But he added that the administration “remain[s] committed to Gulf security, which was borne out last year when we signed the largest defense trade deal in history with Saudi Arabia.” In testimony before the House Committee on Foreign Affairs on May 12, Principle Deputy Under Secretary of Defense for Policy James Miller said that planned transactions with Middle Eastern nations have been “put on pause, put on hold.” He offered to discuss these transactions in “closed session.”

Miller’s statement comes amid a series of mixed signals. In April, Reuters had already reported that Riyadh was asking the Navy for price quotes for warships equipped with ballistic missile defense systems — a claim the Navy neither confirmed nor denied (Shapiro also refused to comment on this in October). In fact, the same day Miller appeared on Capitol Hill, the DSCA announced a possible sale of night vision equipment for about $330 million. On June 13, the agency announced a possible sale of 14 artillery pieces, 132 armored vehicles, 404 cluster bombs, and support equipment for approximately $968 million.

In 2009, Secretary of State Hillary Clinton remarked that Americans “do a lot of military business and sell a lot of weapon systems to a number of countries in the Middle East and the Gulf.” Although Saudi Arabia is not the only Persian Gulf power that purchases weapons from various foreign sources, it has been a steady recipient of U.S. military aid over the past six decades. Based on Pentagon records obtained by investigative journalist Nick Turse in 2009, the Kingdom got $295 million in U.S. military aid from 1946 to 2007 and bought nearly $80 billion of military equipment and construction services from 1950 to 2006. The Stockholm International Peace Research Institute estimates that Riyadh was the largest weapons importer in the region between 1990 and 2009.

Despite a near-pervasive lack of transparency, the current status of arms negotiations with the Saudis makes sense in terms of the records of security arrangements between Washington and the Gulf monarchies. The long-term goal of what the George W. Bush administration dubbed the “Gulf Security Dialogue” in 2006 is to integrate the Gulf Cooperation Council and the “GCC+3” (Egypt, Iraq, and Jordan) into a defense system aligned against Iran. Israel is also to play a role in perpetuating U.S. dominance in the Middle East. This ambition may not pan out for many reasons, not the least being the fact that Gulf rulers are torn between hostility against Iran and wanting to continue enjoying good trade relations with it, as confirmed by U.S. diplomatic cables published in the Guardian in November 2010.

In 2007, the Bush administration announced a $63 billion arms package for U.S. allies in the Middle East. Congress okayed the share for Israel and Egypt, which was $30 billion and $13 billion, respectively, over a 10-year period. However, lawmakers balked at $20 billion for the GCC because 900 JDAM kits for Saudi Arabia were tucked away in the administration’s proposal. As a compromise, Saudi Arabia, Kuwait, and the United Arab Emirate (UAE) were allowed to purchase “defensive weapons” for about $11.42 billion.

Leading Up to the Arab Spring

Events in the region, such as Saudi air strikes against Houthi tribal insurgents in northern Yemen in late 2009, may also have persuaded Washington to push ahead with the arms deal to Riyadh. Claims that Washington was ignorant of the air strikes are open to question, as according to a now-disclosed cable from the U.S. embassy in Riyadh in early 2010, Saudi Assistant Minister of Defense and Aviation Prince Khaled bin Sultan admitted that his country’s warplanes did indeed kill Yemeni civilians. Or more recent Saudi moves in strife-torn Bahrain near the strategic Saudi Eastern Province may have also contributed. In March, at least 1,000 Saudi troops intervened in Bahrain to help its ruler suppress domestic protests (martial law officially ended on June 1 but the Saudi military presence continues, as do human rights violations and the suppression of the political opposition).

Washington’s response to events in Bahrain has been minimal, aside from expressions of concern. Bahrain, after all, hosts the U.S. Fifth Fleet, the naval headquarters of U.S. Central Command, and a new Marine Expeditionary Brigade headquarters for the Middle East and Africa.

U.S. citizens should demand an accounting of the “pending” Saudi arms deals from their congressional representatives. Citizen pressure can help to dispel the fog of secrecy or at least raise public awareness of the fundamentally undemocratic nature of “defense trade” and how it uses tax dollars to subsidize the dealings of weapons corporations. It could also save lives in places like Yemen and Bahrain.