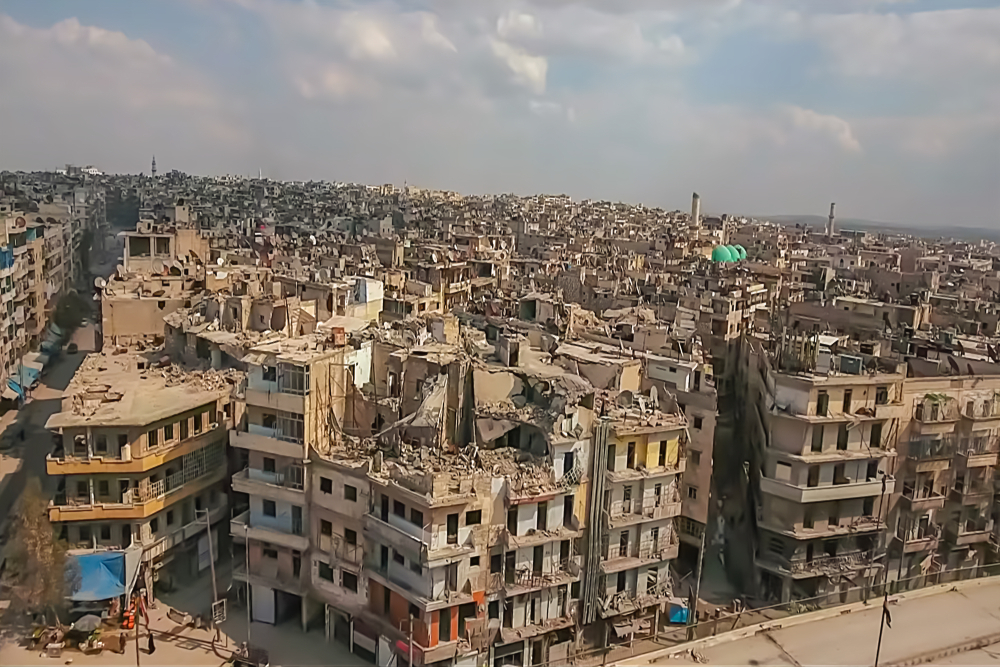 Trump and Syria: Even a Broken Clock Is Right Twice a Day

To keep U.S. troops in Syria now implies a forever war, with no realistic ending imaginable, and no authorization from Congress.
By Paul Pillar | December 21, 2018

Take a deep breath, everyone, while contemplating the rapid-fire events that have culminated in Secretary of Defense James Mattis submitting his resignation.

Mattis is a distinguished public servant and an uncommonly knowledgeable warrior. Although he has his obsessions, at important moments he has tempered them with judgment. But no senior official is indispensable. If Mattis seems to be, it is only because the “adult in the room” meme has been invoked exceptionally often in his case.

Any hysteria about Mattis’s departure is closely related to, and comes just a day after, hysteria over President Trump’s decision to extract U.S. troops from Syria. Although the Syria decision may have been the straw that broke a camel’s back already weighed down by the increasingly divergent perspectives of the president and his defense secretary, it was the immediate issue over which Mattis resigned. Syria and Mattis must be considered in tandem.

All indications are that Trump made the decision in an atrociously casual manner—trusting his instincts, deferring to his desire to fulfill a campaign promise, and consulting little or not at all with his advisors. In short, there was no policy process worthy of the name.

There are important reasons that a thorough policy process should precede important foreign policy decisions. Such a process uncovers costs and risks that an otherwise favored course of action might entail. The most remarkable thing about the single worst U.S. foreign policy decision over the past couple of decades—the decision to invade Iraq in 2003—is that no policy process preceded it. There never was, prior to the invasion, an options paper or a meeting of National Security Council principals that discussed whether the invasion was a good idea.

One major difference between that case and the current one is that the Iraq War involved a president becoming caught up in the machinations of the hawks and neoconservatives surrounding him, whereas the Syria decision was made by a president disregarding officials surrounding him. Another obvious difference is that the decision about Iraq got the United States into a war, whereas the decision on Syria is getting it out of a war.

Understandable opposition to Trump—driven by concern about both his decision-making style and the substance of many of his decisions—has heavily affected the current hysteria about Syria. Many voices that already were accustomed to criticizing Trump, including some generally pro-Democratic editorial pages and hawkish Republican never-Trumpers, have expressed full-throated dismay over the decision.

There still are plenty of legitimate reasons to worry about Trump and foreign policy. But even a broken clock is correct twice a day. And the decision about military withdrawal from Syria was the right one, for the sorts of reasons that Doug Bandow has ably explained.

The biggest clue that the U.S. military expedition in Syria has become misguided is the confusion over its purpose. It originally was supposed to be all about combating the so-called Islamic State or ISIS, but then the Trump administration started talking more about getting the Iranians out or standing up to the Russians, which are completely different objectives. And if we are concerned about the absence of a proper process, consider that U.S. troops in Syria are now in a foreign war for purposes for which there has been no Congressional authorization at all.

As far as the ISIS part of the mission is concerned, the central misconception in all the current hand-wringing about the impending withdrawal of U.S. troops is the false equation of terrorist threats to U.S. interests with a group’s possession of some barren real estate in Syria. Contrary to the “fight them over there or else fight them at home” cliché that is being invoked once again, the history of ISIS suggests an entirely different dynamic. The group was less, not more, oriented toward international terrorism when it was focused on maintaining its mini-state in Syria and Iraq. ISIS still poses a threat—as an ideology, an instigator of hate, and a perpetrator of political violence—but it is not a threat that will be managed through military combat over Syrian real estate.

When other actors and not just ISIS are considered, the central overlooked fact, as former U.S. ambassador to Syria Robert Ford points out, is that who controls that corner of Syria is simply not important to U.S. interests.

And if it’s the coloration of the Syrian regime or the influence of its major allies that are supposed to concern us, consider the modern history of Syria, with that regime and those allies, which the United States has survived without damage to those interests. Assads have been in power in Damascus for 48 years. For most of that time, Syria has been the most important Arab ally of both Russia and Iran. What’s supposed to be different now? As Ford observes, the Assad regime, with the help of its Russian and Iranian allies, has won the Syrian civil war. However distasteful that may be, we need to get over it.

To keep U.S. troops in Syria now implies a forever war, with no realistic ending imaginable. Once again one hears a familiar assertion—like the “light at the end of the tunnel” assurances during the Vietnam War and heard in other versions during the Iraq War—that events just happen to be at a highly unlikely cusp where a little more effort will make the difference between catastrophe and victory.

Related to this is another mistaken way of thinking about combating ISIS: that it supposedly is similar to eradicating a viral disease such as smallpox, in which the war will be won when the last case in the last village in which the disease appears is stamped out. That time will never come with ISIS. The ideology, the resentment, and the capacity for political violence will still be there, to be dealt with through means other than fighting in Syrian villages.

In the new year there will be confirmation hearings for a new secretary of defense. That will be an occasion not only for making sure that the country gets another adult in the room but also for squarely facing and discussing the realities mentioned above.