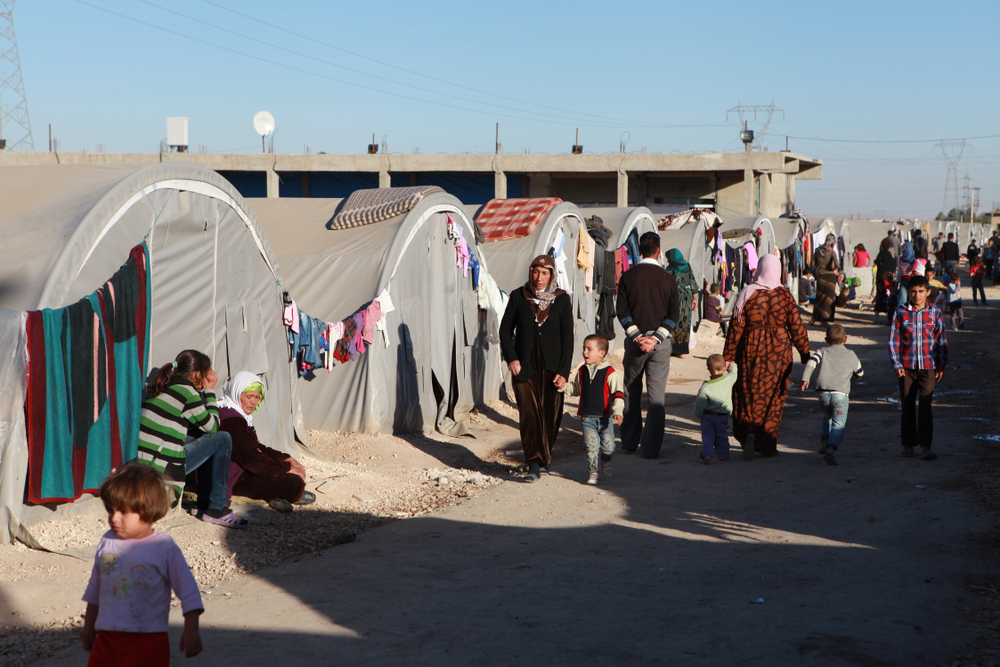 Trump’s Betrayal of the Kurds Is Terrible, But the Answer Is Not Endless War

It is sickening that the U.S. would deliver the Kurds to Turkish violence, but that doesn't mean we should embrace the U.S. presence in Syria.
By Khury Petersen-Smith | October 15, 2019

The biggest problem with the U.S. withdrawal of forces from the Syrian border with Turkey is that they were there in the first place.

Trump’s decision hands over the Kurdish-run region of northern Syria to Turkey, a NATO ally with whom the U.S. has been conducting joint operations at the border. The move gave Turkey the green light to attack Kurdish communities in the region, which is currently held by the Kurdish YPG militia. The bombing has already begun, killing dozens and driving tens of thousands to flee the advancing Turkish assault.

Meanwhile, the U.S. has ordered an additional 1,800 troops to Saudi Arabia, putting lie to Trump’s claims that the withdrawal from northern Syria had anything at all to do with ending “endless wars” or troop deployments.

The Turkish government has long been awaiting an opportunity to attack this region of Kurdish autonomy, while some inside Turkey support the Kurdish struggle. The issue is also linked to the region’s burgeoning refugee crisis: Turkey is preparing mass deportations of Syrian refugees currently in Turkey to the Syrian side of the border.

Trump’s abandonment of the Kurds, U.S. allies who have fought ISIS at tremendous cost, has sparked bipartisan outrage — from Hillary Clinton to Trump’s own former UN ambassador Nikki Haley, who wrote on Twitter: “We must always have the backs of our allies, if we expect them to have our back. The Kurds were instrumental in our successful fight against ISIS in Syria. Leaving them to die is a big mistake.” Republican senators Lindsey Graham and Mitch McConnell, usually strong Trump supporters, also broke ranks with the president.

Yet the U.S. betrayal of the Kurds did not begin with Trump’s announcement. Trump is only writing the latest chapter in a shameful history.

Haley finished her tweet with the hashtag “#TurkeyIsNotOurFriend.” But the fact is that Turkey, a NATO ally that has long provided airspace and collaborated in various ways with the U.S. military, has been an important ally of the United States for years. Turkey’s violence toward the Kurdish people inside and outside its borders, and its government’s escalating repression at home, has not complicated this.

According to the Security Assistance Monitor, from 2002 to this year, the U.S. has given Turkey more than $300 million in military aid. Through the ups and downs of the U.S.-Turkey relationship, the aid keeps flowing and joint operations between the countries’ two militaries have continued. As Turkey begins its offensive in northern Syria, it is likely doing so with American weapons.

The Kurds are stateless people who have faced violence and discrimination in countries throughout the Middle East — not just Turkey. The U.S. has signaled support for Kurdish freedom before, only to turn its back on their struggles.

In 1991, after the U.S. defeated Saddam Hussein’s forces in Iraq, President George H.W. Bush encouraged Kurds and others oppressed by the Iraqi government to rise up and topple it — only for U.S. forces to give a green light for Hussein to crush the rebellion and stand by while his forces mercilessly slaughtered tens of thousands, preferring to negotiate a separate U.S. ceasefire instead.

That 1991 catastrophe came after Hussein’s forces used chemical weapons against the Kurdish city of Halabja in 1988 as part of the genocidal Anfal campaign, which was also a response to Kurdish resistance. Then too, thousands were killed. At the time, Hussein was an ally of the United States.

These atrocities should be seen in the context of broader U.S. violence in the region.

It is sickening that the U.S. would knowingly deliver the Kurds to Turkish violence again today. But our outrage should not lead us to embrace the U.S. presence in Syria. As in Iraq and beyond, that military presence — aimed at both defeating ISIS and jockeying for a seat at the table in determining Syria’s future alongside other regional powers — has been disastrous.

Amnesty International has investigated, for example, the Pentagon’s 2017 aerial siege of the city of Raqqa, where the Islamic State was headquartered. Amnesty concluded that U.S. forces acted with utter disregard for civilian life, killing and wounding thousands, and slaughtering whole families. Journalists Lama Al-Arian and Ruth Sherlock have documented the grim life for Raqqa residents since. The U.S. also abandoned these residents, freezing reconstruction funds after leaving 70 to 80 percent of the city’s buildings destroyed.

Trump may be especially brutish in the nakedness of his power calculations, and shortsighted in his outlook on U.S. strategy and relationships. But the U.S. has always been guided by what will advance its power on the world stage — and to the extent that there is a debate in Washington’s halls of power about foreign policy at all, it is usually about that.

If the U.S. wants to help the Kurds today, the answer is not more permanent war — that’s part of what’s made life so miserable for Kurds and so many others across the Middle East to begin with. Instead, it could suspend its military aid to Turkey, and end its racist exclusion of refugees.

Reversals and betrayals of allies are as common as long-term alliances. Patently uncommon are genuine commitments to democracy and human rights.

This article is a joint publication of Foreign Policy In Focus and InTheseTimes.com.