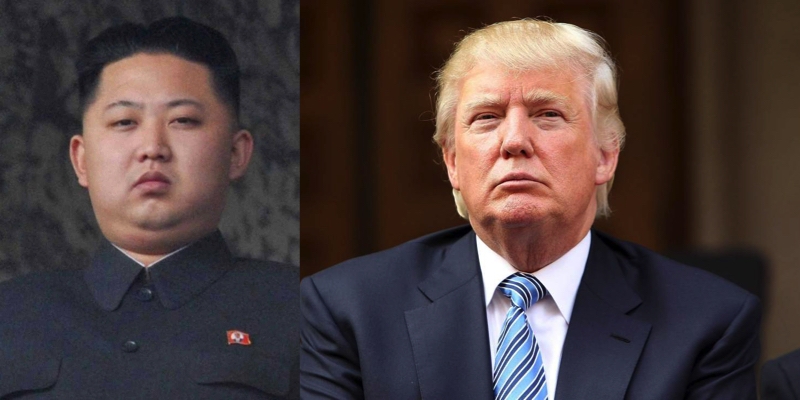 The practical reality is this: To de-escalate this situation, the United States must be prepared to swallow its hubris and sit down with North Korea.
By Tom Fowdy | September 25, 2017

The ignorance and hubris of the President of the United States knows no boundaries.

At his recent debut speech at the United Nations General Assembly — an organization built for the purposes of peace, humanitarianism, and internationalism — Donald Trump openly and apologetically threatened to “totally destroy” North Korea in response to its continued nuclear and missile testing.

Prior, at no point in history had any world leader stood before the representatives of every nation and boasted in such vain egocentrism of their intent to destroy another member state, seemingly incapable of grasping the inevitable consequences of such actions.

Although it may sound strong and tough to Trump’s religious supporters, these kinds of comments offer no practical solutions to a crisis his administration is pinning its foreign policy goals upon. Rather, they are leading the United States purposefully into a vicious cycle of escalations with which lack any serious exit strategy. This is a mistake: North Korea cannot be threatened into submission or surrendering its nuclear weapons, and the outcomes could be catastrophic.

First of all, contrary to the hysteria generated by the U.S administration and the mainstream media, North Korea has no intent of initiating a war against America or any of its allies. Rather, owing to the legacy of the U.S presence in the Korean peninsula, which hosts annual military exercises on the North Korean border, including purposefully drilled “decapitation strikes,” North Korea’s nuclear weapons serve a necessity as a deterrent.

But why? Unknown to most of the American public, the North Korean state is sociologically conditioned by the memory of Japanese colonialism, the division of their nation (which America played a large part in), and most importantly, the unapologetic U.S. carpet bombing of their country in the Korean War, which killed up to 3 million people — destroying every building and dropping more napalm than it did on Vietnam.

The result is the consolidation of a post-colonial, insecure regime which has only ever known real and perpetuating threats to its sovereignty and existence. Thus, in the Post-Cold War, American-dominated world, where U.S.-led regime changes have been abundant, the North has resorted to the nuclear bomb as its primary means of survival, pursuing this even at the expense of its own people.

Nevertheless, the Trump administration, dismissing this historical and sociological background entirely, with its hyperbole and fabled policy of “Maximum Pressure,” truly believe that an incoherent mash of military threats and tough sanctions, combined with a clueless attempt to outsource U.S foreign policy to China, can somehow get North Korea to “submit” and surrender their nuclear program.

If the potential consequences weren’t so serious, it would be laughable — because one thing is for sure, this won’t work. But then what? The sheer chauvinism of the Trump administration makes it hard to back down, which is why remarks like this are precisely so unsettling.

Hardliners consistently claim that diplomatic efforts to resolve the North Korean crisis have failed, but what diplomatic efforts? People often cite the failure of the 1994 agreed framework negotiated by Bill Clinton, but always overlook the fact that it was the George W. Bush administration which effectively ruined it with their illegal invasion of Iraq.

And when it comes to the current administration, what evidence is there for diplomacy? The repetitive and infuriating remarks by Trump regarding “fire and fury” and “total destruction”? The blatant intention to scrap the Iran deal, a country that actually did comply with international law and scrap their nuclear program? The hysterical and ear-splitting threats of Nikki Haley at the security council?

There have been none. In the Republican Party, U.S foreign policy toward North Korea is blinded by opaque, Cold War-tinted glasses which scorch all attempts at dialogue as a form of “appeasement,” something the president has publicly insulted his own allies for on Twitter.

The practical reality is this: to de-escalate this situation, the United States must be prepared to swallow its hubris and sit down with North Korea, immediately ceasing the threats of nuclear war which will only strengthen Kim Jong Un’s resolve to proliferate.

The first and most reasonable step is that which China and Russia have repeatedly proposed: a “freeze for freeze” agreement, in which North Korea ceases its nuclear and missile testing in exchange for the United States and South Korea suspending their military exercises on the border, ending what North Korea describe as America’s “hostile policy” towards it.

With this secured, the route for further talks without inflammatory rhetoric can be found, namely the Six Party talks involving China, Russia, South Korea, and Japan. Although it’s unlikely that North Korea will surrender its program outright, efforts should then be put towards simply taming it, by seeking the DPRK’s return to the Non-proliferation Treaty, obtaining assurances it doesn’t share its technology, and likewise prompting it to cooperate with the International Atomic Energy Agency.

Although negotiations would be timely and certainly not easy, they are a better alternative than the current effort to pressure, isolate, and threaten North Korea — a foreign policy built upon a grotesque misunderstanding of that country, coated with opportunistic McCarthyism and the overshadowing greed of American strategic gains in Asia.

But unless some are hoping for the destruction of Seoul and Tokyo, remarks like Trump’s will only lead people’s lives to ruin. We cannot go on like this. It is time to talk to North Korea.

Tom Fowdy is a postgraduate student of Chinese Studies at Oxford University.