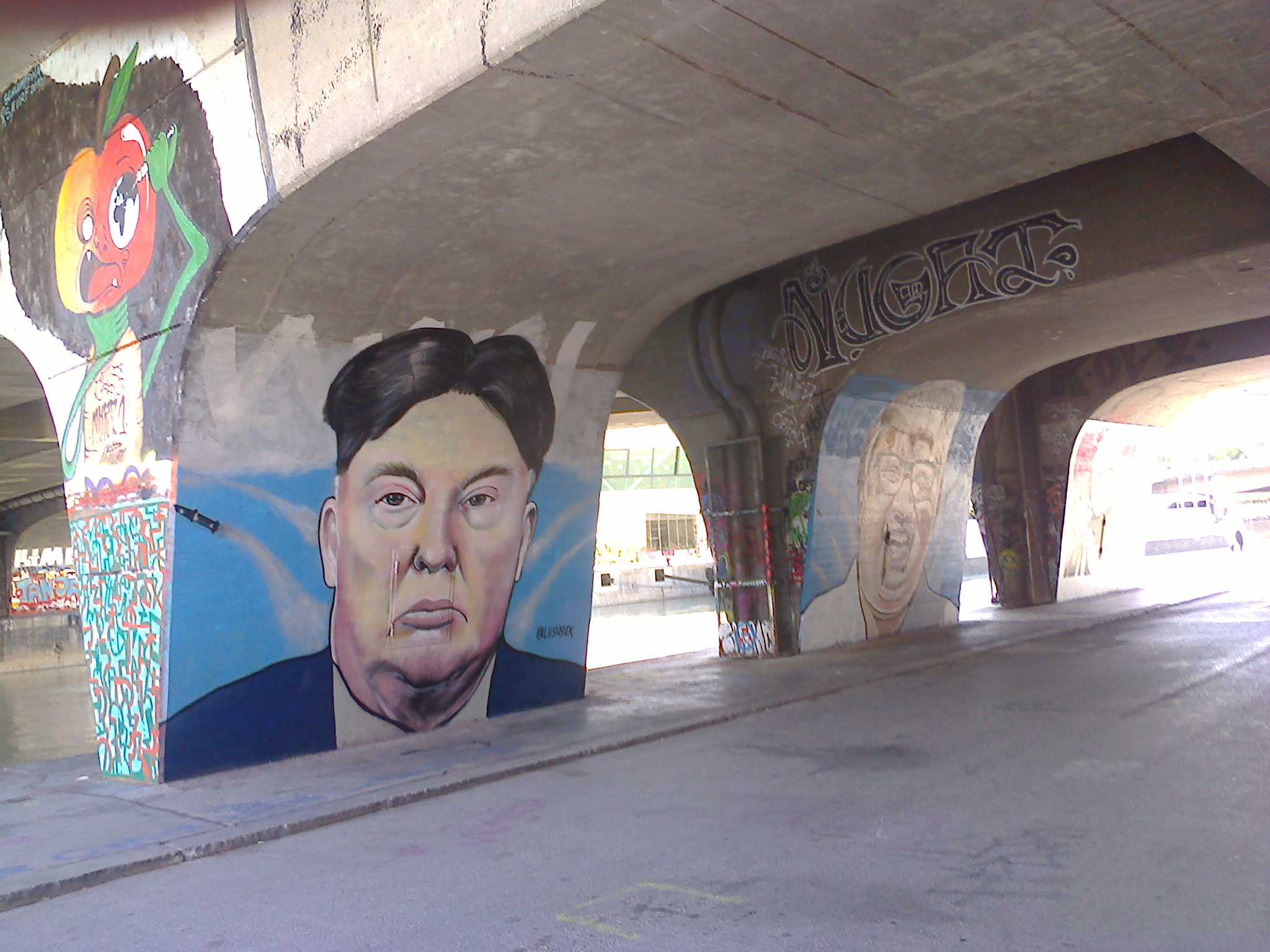 Donald Trump wants more nukes. How is that going to help defuse the crisis in Korea?
By Kevin Martin | February 14, 2018

The Nuclear Posture Review (NPR) released by the Trump Administration last week is self-perpetuation by the nuclear weapons establishment at its worst. It advocates astonishing increases in nuclear weapons, their funding, and the circumstances in which they might be employed, including, incredibly, in retaliation for cyber attacks. The estimated price tag to overhaul the entire nuclear weapons system is $1.7 trillion over 30 years, surely a low estimate if the Pentagon’s history of prodigious budget busting is any guide.

The NPR is outlandish in its picture of a menacing world that can only be held at bay by more U.S. nuclear weapons, including “more usable” nukes. In a short television clip introducing the posture review, a Pentagon official used the word “deterrence” at least four times in about 30 seconds, as if the word itself magically justifies all the additional spending.

But if the U.S. military establishment really believed in deterrence theory, why would it be so concerned that Iran, North Korea, and other countries it doesn’t like might develop a few nukes? After all, those arsenals are dwarfed by almost 7,000 U.S. nuclear warheads, deliverable to any target on Earth in minutes by missiles launched from land or sea, or hours in case of those delivered by planes. No country—including the U.S., by the way—has an effective defense against so many nukes. Surely those countries, even with a few nukes, would be deterred from attacking the US or our allies by the certainty of their own destruction from our vastly superior nuclear arsenal.

On the other hand, North Korea pursued nuclear weapons to address the large conventional and military imbalance between it and the U.S.-South Korea-Japan alliance. North Korean officials have justified the DPRK’s pursuit of a more advanced nuclear arsenal by pointing out that two countries that gave up their nuclear weapons—Iraq and Libya—were invaded, bombed, regime-changed, and turned into failed states.

Escalation dominance, the notion that our overwhelming military advantage will prevail at every rung on the ladder of conflict, is really U.S. policy, not deterrence. Such is the thinking behind the idea of a “bloody nose” limited attack on North Korea. Some Trump administration officials believe that such an attack would sufficiently disable North Korea’s nuclear, chemical, biological, and conventional military capacity without causing a massive retaliation against South Korea and Japan, which are also home to hundreds of thousands of U.S. troops, their families, and civilians.

There is no legal justification under U.S. or international law for such a preemptive strike. A limited strike assumes perfect military intelligence (still an oxymoron), near clairvoyant knowledge of the adversary’s mindset, and perfect execution of the attack plan. In reality there have been many near-catastrophes with nuclear weapons based on human and technological error, as well as routine military snafus. And North Korea’s conventional military capacity to inflict horrific damage on South Korea is no joke, with estimates running to tens or hundreds of thousands of South Koreans dead in the first day of the outbreak of war. Even former White House official Steve Bannon said there was no military option on the Korean peninsula.

The alternative to a preemptive strike, to the status-quo deterrence theory, and to Trump’s new and dangerous nuclear posture is diplomacy, conducted in good faith and with no preconditions.

That is exactly what South Korean President Moon Jae-in is attempting to do, and his attempt to reclaim some of his country’s sovereignty in negotiations with the North over its nukes and other matters of mutual concern deserves domestic and international support. U.S. officials only state they are ratcheting up “maximum pressure” including economic sanctions. Such sanctions do little to harm the military or Kim Jong-un’s regime. But they do affect ordinary people in a country where the UN estimates that 60,000 North Koreans are at risk of famine. As for diplomacy, the U.S. says it will talk once North Korea gives up its nukes, a non-starter for the North, though the recent thaw between North and South Korea and Vice President Mike Pence’s indication the administration may be more open to talks are heartening.

After the wise decision to delay the massive U.S.-South Korea war exercises, the Olympic Truce runs through late March after the Paralympics in PyeongChang, South Korea. That decision opens up the possibility of various quid pro quos involving a moratorium on the exercises or dramatically scaling them back to ease North Korea’s fears.

Meanwhile, since the Trump administration seems incapable of doing its job, Congress must step in to cancel this spending spree on nukes. Sen. Ed Markey (D-MA) has for several years introduced the Smarter Approaches to Nuclear Expenditures Act (SANE), S. 1235, and the Peoples Budget in the House of Representatives opposes the $1.7 trillion nuclear weapons escalation. Current legislation in both the House of Representatives and Senate—the No Unconstitutional Strike Against North Korea Act—needs urgent support from legislators and their constituents.

Kevin Martin is president of Peace Action and Peace Action Education Fund, the country’s largest grassroots peace and disarmament organization with 200,000 supporters nationwide. He also convenes the Korea Collaboration, a network of organizations and activists supporting peace and diplomacy and organizing around the Olympic Truce.