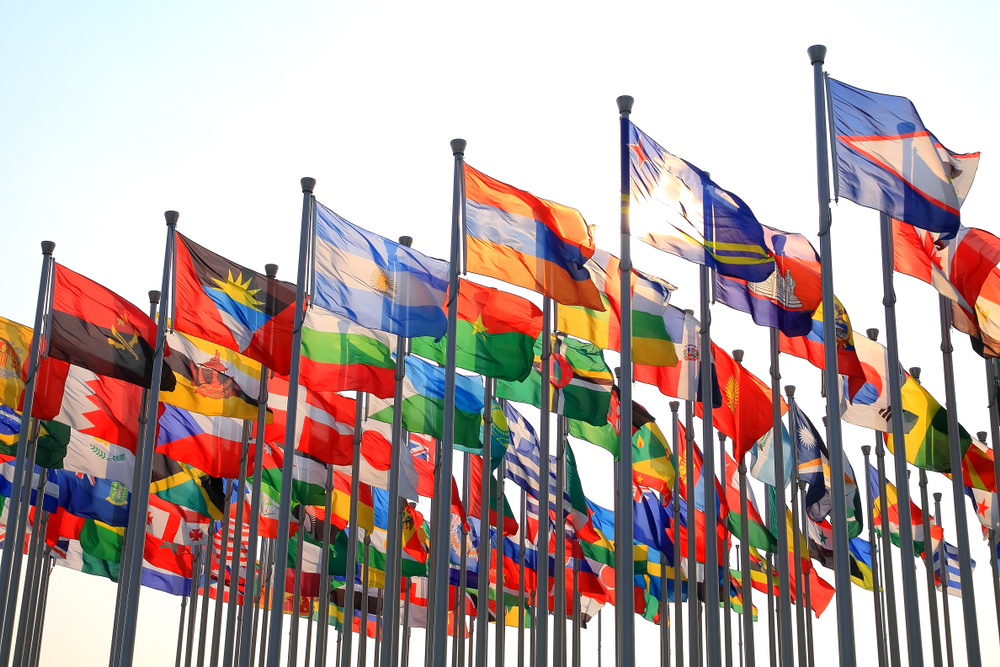 Trump’s Foreign Policy Is Awful, But There’s a Better Alternative than the Establishment’s Version

It would be a mistake to yearn for undisputed U.S. "leadership," or for U.S.-led military alliances. A better alternative is global governance.
By Lawrence S. Wittner | July 31, 2018

Since the advent of the Trump administration, American progressives have been aghast at its narrow, nationalist approach to world affairs. But many of them should also be uneasy at the American establishment’s defense of its more traditional foreign policy.

Trump “America First” approach has largely dispensed with American-led alliances of the past. Instead, it emphasizes making “deals” with powerful, often authoritarian regimes; threats of unleashing military power against smaller, weaker countries; and the abandonment of any pretenses about defending human rights.

To undergird this policy, Trump has sought and secured major increases in U.S. military spending, scrapped the Obama administration’s efforts at nuclear arms control and disarmament, and blocked refugees from entering the United States.

Appalled, the U.S. foreign policy establishment has fought back ― lambasting Trump for eroding America’s alliances, undermining U.S. world “leadership,” and colluding with the Russians. But that establishment’s own foreign policy — conducted with great vigor over the previous decades — was characterized by U.S.-dominated military alliances, soaring Pentagon budgets, and numerous wars.

Indeed, since World War II, the United States has been almost continuously at war, with particularly disastrous conflicts in Korea, Vietnam, Central America, Iraq, and Afghanistan. Its regime change operations have numbered in the dozens, with some of the most notorious occurring in Iran, Guatemala, the Congo, and Cuba.

From the standpoint of progressive values, neither strategy inspires much enthusiasm.

Trump’s nationalist approach has its roots in the foreign policy of the United States for more than a century. George Washington’s farewell address of 1796 warned of “entangling alliances,” and the new nation generally did avoid them right up until 1917 and the First World War.

Although this nationalist foreign policy has sometimes been referred to as “isolationism,” that’s really a misnomer. During this period, the U.S. government had diplomatic relations with most nations, acquired vast territories from them through purchase or force, and engaged in plenty of foreign wars, including bloody conflicts with France, Britain, Mexico, Spain, and the Philippines.

This go-it-alone approach, facilitated by the two oceans separating the United States from wars in Europe, Africa, and Asia, was broken, though, by America’s military alliance with other nations during World War I. Although a brief retreat into nationalism occurred in the aftermath of that bloody conflict, American entry into the Second World War cemented an alliance approach, usually dubbed “collective security.”

The military alliance approach, typified by (but not limited to) NATO ― and remaining more or less firm through wars and assorted global crises ― has characterized U.S. foreign policy right up to the arrival of the Trump administration.

The Rise (and Fall?) of Global Governance

Even so, at the same time that the nationalist and alliance-based approaches dominated U.S. foreign policy, there emerged a third, more progressive alternative: global governance.

It started with 19th century peace organizations that championed the development of an international organization that could resolve conflicts among nations short of war. By the early 20th century, even many government officials began to toy with the idea of a global authority, and Woodrow Wilson insisted on making a League of Nations a part of the World War I peace settlement at Versailles.

When the Second World War convinced statesmen and millions of people around the world that the League had been too weak to prevent fascist aggression and the murderous, worldwide conflict that ensued, the victorious Allies created a somewhat more powerful successor to foster international peace and security: the United Nations.

Of course, there has been some blurring of lines separating these three approaches. During the Cuban missile crisis, the U.S. government showed little, if any, concern for what its allies thought. The same is true for its behavior during the Vietnam War. Similarly, although U.S. military action in the Korean War was technically part of a UN “police action,” the key military and diplomatic decisions were made by U.S. officials.

Indeed, while giving lip service to the United Nations, the U.S. government ― like the governments of the other great powers ― has routinely ignored the will of the world organization when its decisions ran contrary to what the establishment considered “the national interest.”

And this remains the key factor undermining effective global governance. Despite Washington’s treaty-bound commitment to have the United Nations handle issues of international peace and security, as well as vital humanitarian ones, the U.S. government has repeatedly chosen to fall back upon the nationalist and alliance approaches to world affairs. Or, to put it another way, the United States (like the other great powers) has been unwilling to let the United Nations do the job it is supposed to do, and which needs to be done.

Certainly, tackling that job is more imperative than ever before. We live in a far more dangerous world than in the late 19th century, when the first serious plans to create an effective world governance system were discussed. Today, conventional war has more potential to cause mass destruction than at any time in world history, while nuclear war is capable of annihilating virtually all life on earth.

Furthermore, we live in a far more interconnected world, which faces problems that can only be effectively addressed by international action. No single nation, or small group of nations, can solve problems like climate change, environmental destruction, refugee resettlement, exploitation by multinational corporations, terrorism, and world poverty. These are global problems that require global solutions.

Fortunately, despite the rabid nationalist resurgence symbolized by Trump and his overseas counterparts, global governance remains remarkably popular among Americans.

An October 2017 poll of U.S. voters by Public Opinion Strategies and Hart Research Associates found that 79 percent of respondents declared their support for continuing the existence of the United Nations. This represented an increase in support since 2009, when 69 percent said the world organization was necessary. In addition, 88 percent of U.S. respondents (including 80 percent of Republicans) affirmed that it was important for the United States to play an active role in the United Nations.

Furthermore, many Americans favor expanding the power of the United Nations. In a 2008 poll, 79 percent of U.S. respondents said that “strengthening the United Nations” should be an important U.S. foreign policy goal. Only 21 percent disagreed. In fact, American support for a stronger United Nations was very consistent over the preceding three decades, with roughly eight out of ten respondents favoring it.

Although polling on this issue has almost entirely disappeared since 2008, a November 2013 Pew survey continued to find that 79 percent of American respondents gave strengthening the United Nations either a top priority or some priority as a goal for U.S. foreign policy.

Consequently, people searching for a progressive alternative to the discredited nationalist and military alliance-driven approaches of the past would do well to champion strengthened global governance. It’s a foreign policy that has enormous potential for addressing current world problems, as well as substantial public support.

Lawrence Wittner (http://www.lawrenceswittner.com) is Professor of History emeritus at SUNY/Albany and the author of Confronting the Bomb (Stanford University Press).