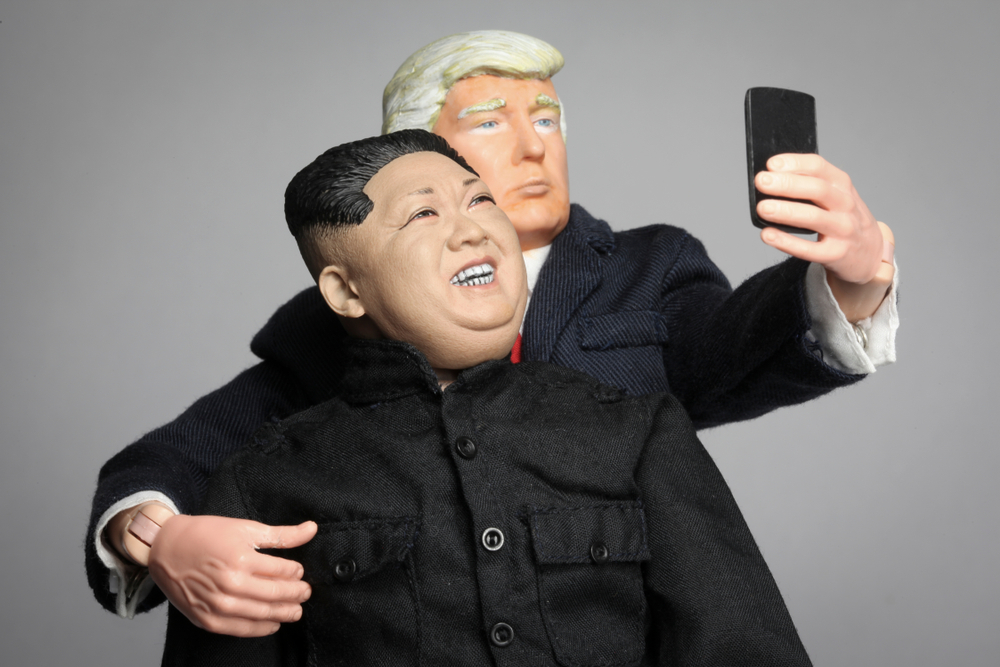 Trump’s Giving Diplomacy a Chance. His Critics Should, Too.

But for the Korea talks to work, the administration will have to value diplomacy far more than it did on Iran.
By Lindsay Koshgarian | June 13, 2018

Trump’s foreign policy instincts have had me white-knuckled for the past year and a half. But against a backdrop of possible nuclear war, it would be overly cynical not to recognize the meeting’s potential for good.

At best, the meeting set the stage for North Korea’s denuclearization — and possibly even an end to the nearly 70-year-old, stalemated Korean War. If you’re against war, this is a good development.

There are still countless ways the negotiations could go wrong, and real reasons to fear that hardline members of the administration — and its opposition, too — would allow that to happen. But diplomacy offers chances for bigger gains, and smaller losses, than war.

Unfortunately, the U.S. spends more than 20 times more on war and militarism than we do on diplomacy each year.

Our choices have been stark.

The U.S. chose war in Iraq over diplomacy in 2003. Our leaders chose certain risk over likely rewards by pulling out of the Iran nuclear deal. And they chose a lone plunge backward over a carefully planned march forward when they stepped back from the Paris climate accord before that.

This must not happen when it comes to the North Korea negotiations.

The costs of war are horrifying. The current wars in Iraq and Afghanistan have cost the U.S. $5.6 trillion, and 6,800 U.S. soldiers have lost their lives. That doesn’t include non-fatal casualties, or the human and economic costs of PTSD and family stress that echo far beyond the battlefield.

And it doesn’t count the hundreds of thousands of innocent civilians who have been needlessly killed throughout our warzones. A full-scale war with North Korea would likely be many times worse.

The North Korea negotiations are far from over, and could still tip from a fragile diplomacy back to middle-school insults and perhaps even to war. But we can and should be more optimistic than that. Diplomacy isn’t just the better way. It’s the only way.

There’s so much to gain from open communication and keeping our word. And there’s so much more to lose if we allow things to fall apart.

Lindsay Koshgarian directs the National Priorities Project at the Institute for Policy Studies, which published an earlier version of this piece. Distributed by OtherWords.org.