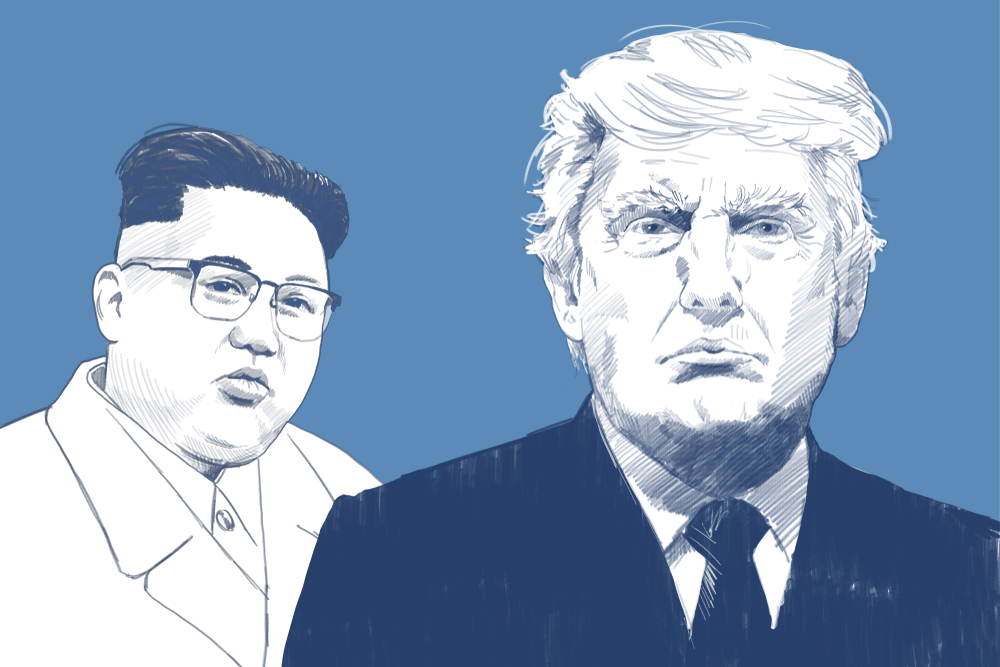 The president may be a diplomatic wrecking ball, but he believes his investment in Korea is too big to fail. That's a good thing.
By John Feffer | July 3, 2018

You go to a bank and borrow $3 million. If you can’t pay it back, you have a problem.

But say you go to a bank and borrow $300 million. Then, if you can’t pay it back, both you and the bank have a problem. In other words, the bank has made such a huge investment in you that it can’t let you fail. Your success becomes the bank’s success.

Donald Trump has made a similar investment into North Korea. That investment is not monetary. There is no Trump Tower (yet) in Pyongyang.

Rather, Trump has a major investment of political capital in North Korea. He has ignored the advice of the entire U.S. foreign policy establishment by meeting with Kim Jong Un in Singapore. He is gambling that the North Korean leader is truly willing to embark on denuclearization.

And now, because of this enormous investment, Trump doesn’t want his new initiative with North Korea to fail. Because if it does, it’s not just North Korea’s problem, it’s also Trump’s problem.

After all, Trump’s nascent détente with North Korea is his only foreign policy success to date. He’s made a mess of relations with Mexico and Canada. His imposition of tariffs has put the United States on a collision course with Europe and China. A Middle East peace plan is incredibly unlikely. The wars in Afghanistan and Syria continue. A war with Iran is in the offing.

The only sign of hope is on the Korean peninsula. The summit with Kim Jong Un is the only proof that Trump is a good negotiator. The new relationship with North Korea is Trump’s only shot at a Nobel Prize.

Trump has already made several down payments on his investment. At the press conference after the Singapore summit, he went out of his way to declare Kim Jong Un “very talented” and “very smart” and a “very good negotiator.” That was an enormous propaganda gift to the North Korean leader.

Second, Trump unilaterally scrapped a major military exercise between the United States and South Korea – this summer’s Ulchi Freedom Guardian exercises. The U.S. president made this decision apparently without consulting either his own military advisors or the South Korean government (though both have gone along with the decision).

Third, according to Secretary of State Mike Pompeo, the Trump administration is not insisting on a strict timeline for denuclearization.

The Democratic Party, the media, and the foreign policy pundits all believe that Trump has made a bad investment. They have given Trump very poor marks for his performance in Singapore. They argue that North Korea outmaneuvered Trump and that the agreement signed at the summit is all show and no substance. There is tremendous skepticism that North Korea will take concrete steps toward denuclearization.

The two Koreas are discussing some very important steps to improve inter-Korean relations. They are thinking about moving the artillery pieces near the DMZ away from the border as a confidence-building mechanism. They are talking about re-opening the Kaesong Industrial Complex — the facility located just north of the DMZ that combined South Korean capital and North Korean labor — and have already done some work at the shuttered site to prepare to build a joint liaison office. Talks are underway to restart divided family reunions this summer.

Donald Trump himself is not responsible for any of this. In fact, he has probably ignored the briefings that explain these developments.

But what’s critically important is that Trump is not impeding progress in inter-Korean reconciliation. Eager to demonstrate that his summit with Kim Jong Un was a success, Trump has helped to create a more conducive environment for North and South to make concrete plans.

The major stumbling block of economic sanctions remains. Indeed, the Trump administration recently renewed U.S. sanctions against North Korea for another year. The sanctions applied by the United Nations, meanwhile, will make it rather difficult for the two Koreas to push very far with economic cooperation.

However, all sanctions regimes come with exceptions. As inter-Korean relations progress, the two sides should explore ways of including exceptions for joint enterprises like the Kaesong Industrial Complex in the international sanctions against North Korea.

What’s important is that Trump is invested in the success of his venture. Because if it fails, he fails. And Donald Trump doesn’t like to fail.

Equally important, Kim Jong Un must understand that dealing with Trump is a lot easier than negotiating with whoever comes after Trump. If Kim wants to change U.S.-North Korean relations, he has a two-year window of opportunity. Trump’s successor could reverse his policy as quickly as Trump unraveled Obama’s deals with Iran and Cuba.

Meanwhile, the two Koreas will have a chance to take concrete steps toward a complete, verifiable, and irreversible peace. They will turn the Singapore summit into something real and substantive. In other words, they can create an inter-Korean enterprise that will be too big — and have the hopes and dreams of too many people invested in it — to fail.