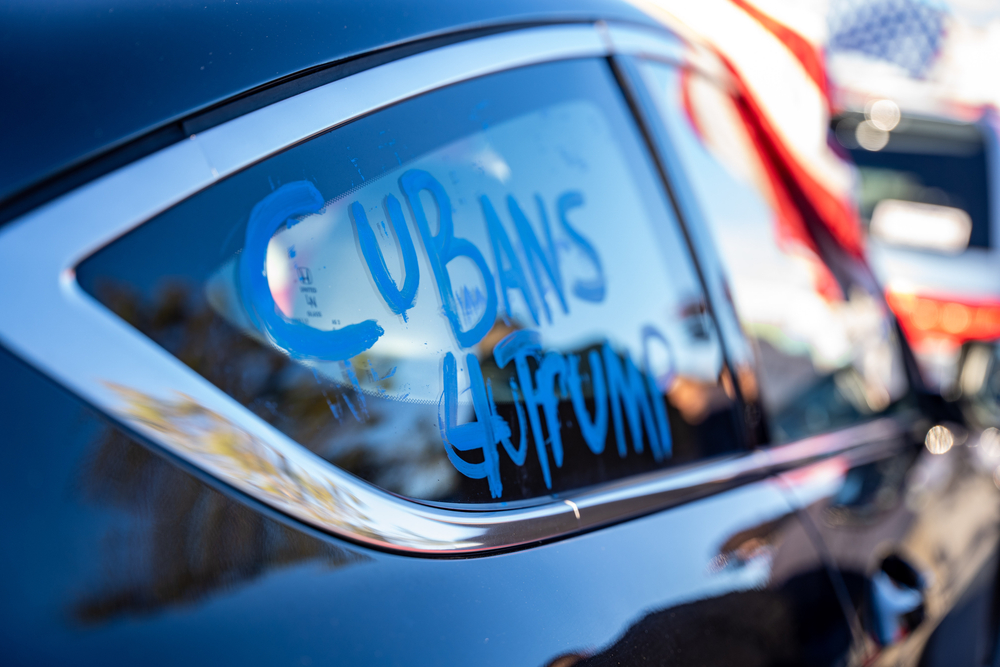 Trump is rewarding his right-wing Cuban backers by making it harder for Biden to reopen relations.
By Medea Benjamin, Leonardo Flores | January 14, 2021

On January 11, in his final days before leaving office, Secretary of State Mike Pompeo added one parting blow to the series of bludgeons his administration has inflicted on Cuba for four years: putting the island on the list of “state sponsors of terror” that includes only Iran, North Korea and Syria.

The designation drew swift condemnation from policymakers and humanitarian groups as a decision widely characterized as “politically motivated.” It comes six years after the Obama administration had removed Cuba from the same list as part of his policy of rapprochement.

In the six years since, Trump’s State Department could not point to a single act of terror sponsored by Cuba.

Instead, Secretary Pompeo based his decision on Cuba’s alleged support for the ELN (the National Liberation Army, Colombia’s second-largest guerilla group) and the harboring of a handful of U.S. fugitives wanted for crimes committed in the 1970s, including renowned Black revolutionary Assata Shakur. Lacking more specific accusations, the State Department criticized Cuba for its supposed “malign interference in Venezuela and the rest of the Western Hemisphere.”

These claims don’t stand up to scrutiny.

Regarding the ELN, the gist of the story is that the Trump administration is punishing Cuba for its role in attempting to bring peace to the long-simmering conflict in Colombia. ELN negotiators arrived in Cuba in 2018 for peace talks with the Colombian government. As part of the protocols for these meetings, ELN negotiators were allowed entry into Cuba and promised safe passage back into Colombia after their conclusion. Guarantor countries, including Cuba and Norway, assumed responsibility for their safe return.

The talks collapsed in January 2019 following an ELN car bombing in Bogotá that killed 22 people. Colombia requested the extradition of the negotiators, but Cuba refused because the Colombian government will not honor the previous government’s commitment to guaranteeing the negotiators’ freedom upon returning home.

Regarding Secretary Pompeo’s other arguments, Cuba’s main influence in the Western Hemisphere has been the opposite of “malign”: it has deployed its doctors throughout the region and the world, saving thousands of lives during the COVID-19 pandemic. And when it comes to harboring terrorists, it’s worth noting that for decades the United States harbored Luis Posada Carriles, mastermind of a 1973 bombing that killed 73 people on a Cuban commercial airliner.

Cuba’s placement on the state sponsors of terror list is meant to be a thorn in any plan by the Biden administration for rapprochement.

Taking Cuba off the list will require a review process that could take months, delaying any new initiatives to roll back Trump-era policies. It will also cause further pain to Cuba’s economy, already battered by tightened sanctions and the pandemic that has devastated the island’s tourism industry. The new terrorism label will likely scare off many businesses that import to Cuba, banks that finance transactions with Cuba and foreign investors.

A week before the designation, nine U.S. Senators wrote to Secretary Pompeo and warned that such a step “will politicize our national security.” It has drawn strong condemnation from Senator Patrick Leahy, who said it made a “mockery of what had been a credible, objective measure,” and House Foreign Affairs Chairman Representative Gregory Meeks, who said the hypocrisy from President Trump less than a week after he incited a domestic terror attack was “stunning but not surprising.”

The faith group Pastors For Peace was one of many organizations to condemn the designation: “We know that this latest act, in the waning days of the Trump administration, is not only an aggressive act against Cuba, but aggression against the incoming administration who have pledged to return to a policy leading to peace and civilized relations with our island neighbor,” they said.

The policy group ACERE (which CODEPINK is a part of) drew a connection between the designation and recent events at home: “Perpetuating the myth that Cuba is a threat to the American people — while minimizing the threat posed by far-right extremists at home — is an embarrassment to our country on the world stage.”

The real motive behind this move is to offer a parting gift to the Cuban exile community and its allies that have been loyal supporters of the Trump administration and helped oust several Democratic members of Congress in the last election. This is par for the course for an administration that has repeatedly used sanctions for political gain with no regard for the Cuban people who, for four years, have borne the brunt of sanctions affecting everything from energy, tourism, medicines, remittances and flights.

Just like millions of U.S. citizens, Cubans are counting the days until the Trump administration becomes history and hoping the next administration will offer some relief.

Medea Benjamin is an author, activist, and cofounder of the peace group CODEPINK. Leonardo Flores is a Latin American policy expert and a campaign coordinator with CODEPINK.