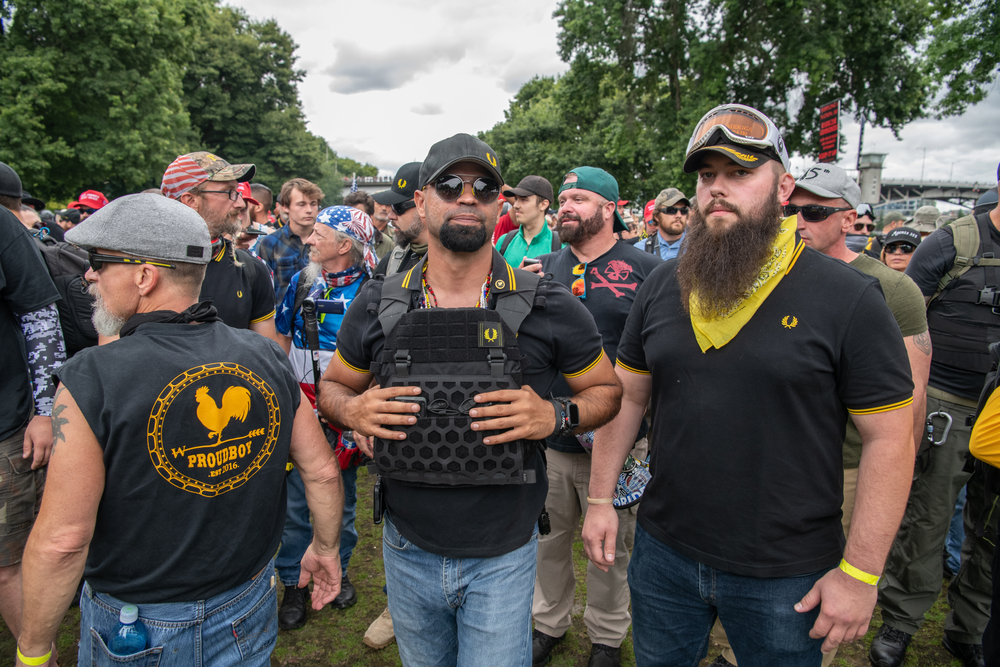 Why has the American far right adopted an anti-American conspiracy theory as its rallying cry?
By Juan Cole | May 18, 2022

Before a hate-filled 18-year-old murdered 10 and wounded 3 African Americans in Buffalo on May 14, he penned a rambling screed about replacement theory.

The most common version of this whiny idea, imported from the more hysterical fringes of the French far right, holds that Jewish capitalists are importing cheap immigrant labor to replace more highly-paid white workers.

Notoriously, the Nazis who marched in Charlottesville, Virginia in 2017 against the removal of Confederate statues chanted “Jews will not replace us.” The shooter who killed 11 Jewish Americans at a Pittsburgh synagogue in 2018 also espoused the idea of the “great replacement.”

This hateful ideology is shamelessly promoted by Fox News. The worst offender is the Lord Haw-Haw of the 21st century, Tucker Carlson, who exposed his audience to great replacement excrement 400 times in the past year.

Republican legislators across the United States have been passing laws against teaching critical race theory, which hasn’t killed anyone — and which helps us understand the effect of ideas like the great replacement. But they don’t seem to be as eager to legislate against Nazi ideas.

And make no mistake: The great replacement is an explicitly Nazi idea.

The theory originated in Europe and had many exponents of various stripes. But the phrase, and the most extensive elaboration of the theory, originated with the French Nazi René Binet (1913-1957), who served during World War II in the Waffen Grenadier Brigade of the SS Charlemagne, which consisted of French Nazi collaborators.

You don’t get more fascist than that. The Charlemagne Brigade included the last troops to defend Hitler’s bunker before his suicide.

Binet fulminated after the war against “the invasion of Europe by Negroes and Mongols,” by which he meant the Americans and Soviets who fought the Nazis. A biological racist, he saw all Americans as an impure mestizo “race.”

So this now far right American nationalist idea actually originated in hatred for Americans and a denigration of their supposed “whiteness” by the European right, which did not see Russians as “white” either.

Unlike cowardly boot-lickers like Binet, the true patriots of the period were the multicultural French. The French Army and then De Gaulle’s Free French Army included thousands of riflemen (or Tirailleurs) from Senegal.

History.net explains: “During World War II the French recruited 179,000 Tirailleurs; some 40,000 were deployed to Western Europe. Many were sent to bolster the French Maginot Line along its border with Germany and Belgium during the German invasion in 1940 — where many were killed or taken prisoner.”

Even after the fall of France, these Senegalese fighters “served in the Free French army in Tunisia, Corsica, and Italy, and in the south of France during the liberation.”

I had two uncles who served in World War II, one at the Battle of the Bulge. In my family, we’re not in any doubt that it was the multi-racial Allies who were the good guys. With famous units like the Tuskegee Airmen, who bombed Nazi targets, the Allies drew srength from their diversity — and that gave them the strength to prevail.

People like Tucker Carlson are pitifully ignorant of history and so are wielding an anti-American, highly unpatriotic notion for the sake of their television ratings. Ironically, Tucker’s intellectual forebear, Binet, would have considered him a mongrel.

As defenders of illiberalism and implicitly of hatred of Jews, these useful idiots of the far right are symbolically still deployed around Hitler’s bunker, defending it from the approaching Allies.

Juan Cole is the Richard P. Mitchell Professor of History at the University of Michigan and the founder and editor of Informed Comment (JuanCole.com). This op-ed was adapted from Informed Comment and distributed by OtherWords.org.